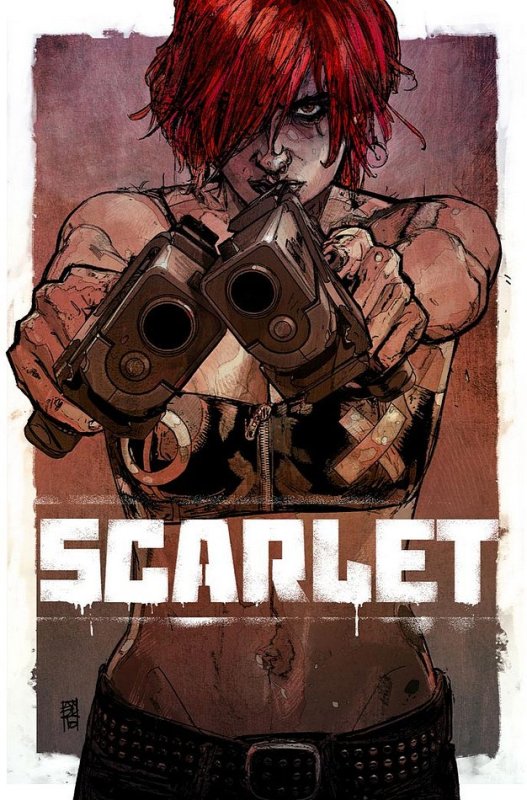 If you’ve been reading Brian Michael Bendis and Alex Maleev’s amazing, if not always on-time, comic Scarlet, you already knew something was up. After all, in the most recent issue’s letter column, Bendis couldn’t contain himself and made a not-too-veiled reference to the fact that his revolutionary heroine would be kinda-sorta-maybe appearing on TV sort of, but he couldn’t talk about it. Well, he let the cat further out of the bag at the ATX Television Festival in Austin, saying that the title is currently in early development talks at HBO. [UPDATED]: It’s been confirmed that the project is in indeed in development, but at HBO’s sibling network Cinemax per an update from Deadline.

I stumbled across this video today (yes, it’s from 2013. Shut up.), and it filled me with so much glee I had to share it with you. “Bacon Pancakes” from Adventure Time as a complete song! Kind of a perfect way to prepare for Sunday Brunch, don’t’cha think?

Have a great weekend, everyone!