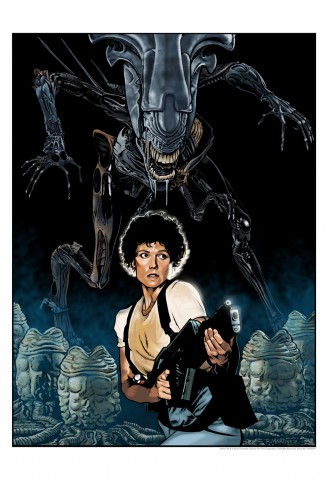 We’ve been talking about Alien a lot today. But one of the coolest things about today is all of the companies that have released their own versions of Alien posters. This one above is from Acme Archives. For a complete round-up of all the awesome posters from the various artists and galleries who’ve put them out, head over to io9!

Check out the winners for this year’s Webby Awards! (via Laughing Squid)

Wanna know where Waldo is? Apparently, he’s in London. Instagramming. (via Laughing Squid)

What’d you see out there in the wild Internet today?