Lupita Nyong'o Speaks Up for Women's Health | The Mary Sue 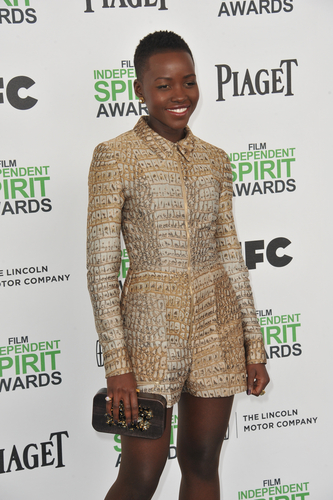 At a Power of Women event hosted by Variety earlier this afternoon, Lupita Nyong’o gave a speech in support of Mother Health International, a nonprofit focused on improving the health and safety of pregnant women in areas of disaster and developing countries. Here’s a transcript, via IndieWire:

At Mother Health International, we are actively assuring a new generation of life and love to break the cycle of trauma. This is vital, not just for women, but for the world. We live in a world where the war on women can be felt around the world. We are attacked upon our bodies, our choices, our agencies, but we live in a world where incredible things are happening. We are fighting back. We are refusing to be silent, refusing to shut down.

You can read more of the speech over on IndieWire. (image via Jaguar PS / Shutterstock.com)

That’s what we saw today, gang. What about you?