Physicists Agree: the Ewoks Are Probably All Dead. 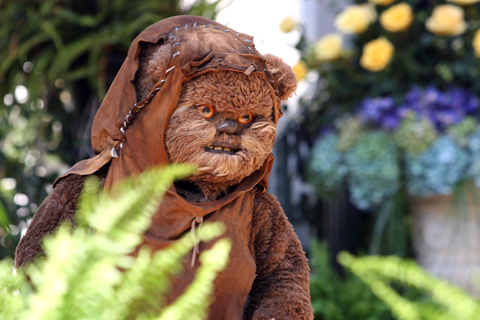 Fans have speculated for years now that detonating Death Star II above Endor might have had deadly repercussions for Wicket and the gang, and now planetary scientist Dave Minton has released a paper arguing that, yup, there’s no way the Ewoks could have survived the fallout from the Rebel Alliance’s victory.

Basing his findings off the above, to-scale hologram from Return of the Jedi, Minton, in a paper he submitted to Tech Insider, argues that the impact of the Death Star II remains hitting Endor would be similar to a “colossal” asteroid striking Earth. Via Tech Insider,

When the rebels and Ewoks destroy the shield generator on Endor — a device that protected the Death Star — Minton assumes the repulsorlifts there got destroyed, too. He also figures the Death Star is not vaporized and mostly shatters into a field of loose rubble.

[…] Striking Endor at more than 6,000 mph, “a Death Star-mass ball of fragments will leave behind a 700 km diameter crater,”Minton said. “This is almost 4 times larger than the Chicxulub crater in Mexico that is associated with the dinosaur extinction.”

Minton argues that the Endor atmosphere would be “so heated up” that bodies of water would become steam and the forests would erupt in flame. He also isn’t the first scientist to intensively research the fate of Endor; the Ewok extinction theory was first popularized in 1997 by astrophysicist Curtis Saxton, who argued on TheForce.net that an “Endor holocaust” was “an inevitable consequence of observable facts.”

In addition to publishing Minton’s paper, Tech Insider also asked twelve physicists for their take on what the Death Star’s detonation would have done to Endor. Although the scientists disagreed over some details, the overwhelming majority of them did believe that the destruction of Endor, and an ensuing mass Ewok extinction, would have been inevitable.

Well…that’s bleak. Thanks, science. At least we’ll always have An Ewok Adventure.