We’ve been excited about two of the Star Wars universe’s coolest ladies (along with Dev Patel who was, like, the one good thing about the Last Airbender movie) voicing the 1991 Studio Ghibli classic, Only Yesterday, for its first North American release! Now, we finally get to hear Daisy Ridley, Ashley Eckstein, and Patel in this new trailer! 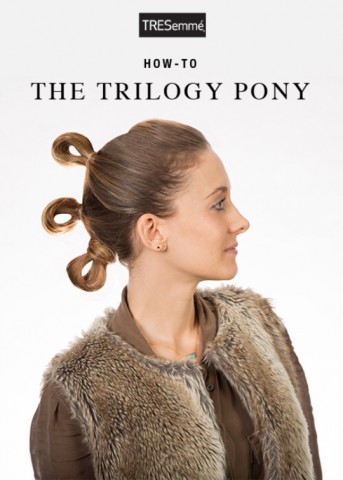 Everyone is trying to get on The Force Awakens bandwagon – even if they don’t necessarily wanna pay Lucasfilm for use of the film’s name. Check out this Tumblr tutorial for “The Trilogy Pony” which we totally know is an attempt to recreate Rey’s hairstyle. You ain’t foolin’ nobody, TRESemmé. (P.S. – for an actual tutorial that isn’t ashamed to say what it’s doing, click here!) (via The Daily Dot)

All-female sketch comedy group, 3GSN (Three Girls Sketch Network), frames their sketches as a fictional network, delivering a funny, feminist take on television shows and issues past and present. Their take on The View has Disney princesses discussing a scandal of note throughout their respective kingdoms, which seems particularly timely considering today’s Cosby news.

Well, that’s it on our end! What did YOU see today?