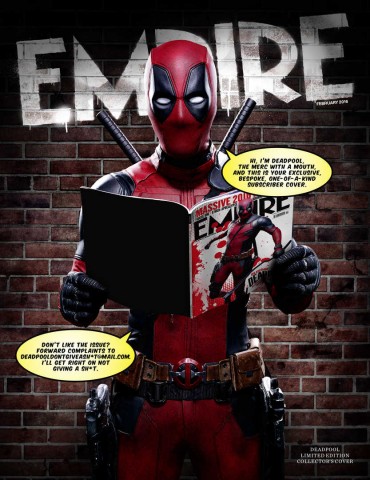 Deadpools gonna Deadpool, I guess. So commentary. So meta. So postmodern. (via CBR)

You know those really depressing Sarah McLachlan pet adoption commercials? The one with that one song that I can’t hear or even quote anymore lest I break out into tears? The one I linked above when I really shouldn’t have? Yeah, that one. Apparently McLachlan can’t watch those commercials either, because they’re too sad. Oh, the irony. (via Jezebel)