Things We Saw Today: This Sweet Star Wars Dress Was Made From Old Bedsheets 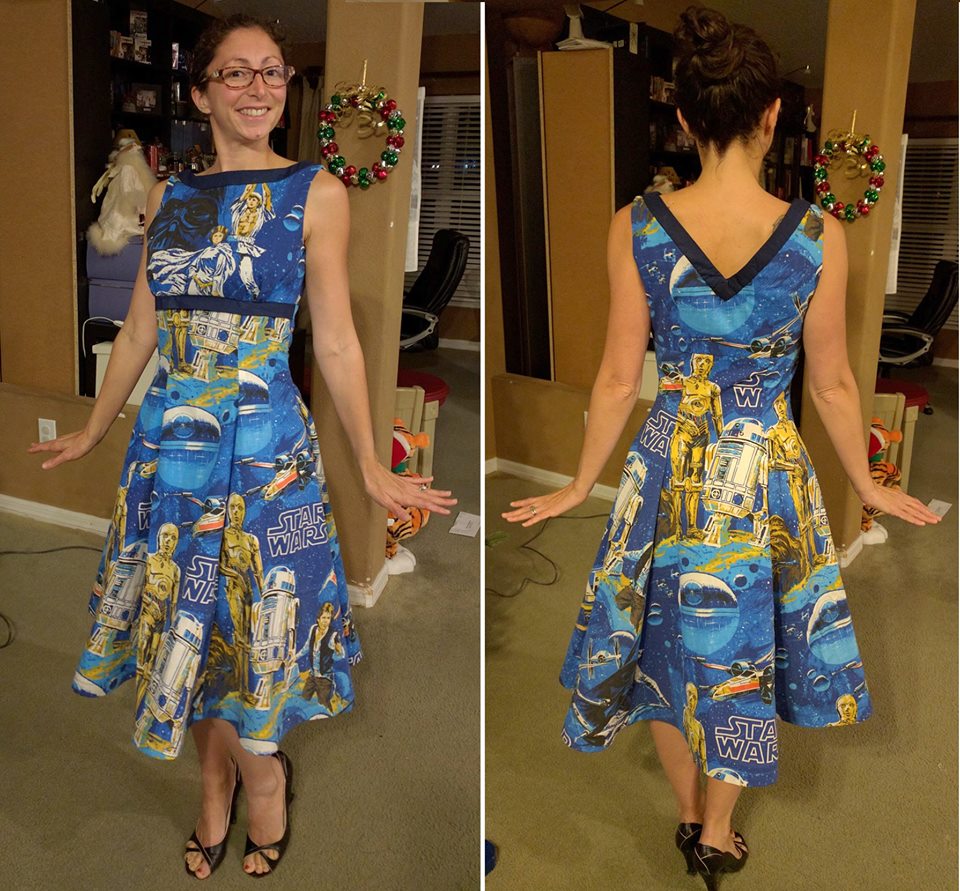 Still have your old Star Wars bedsheets? Jen Vetere made a gorgeous dress for herself and a bowling shirt (with a Boba Fett back panel) for her husband by recycling his old sheets and they both look amazing! (via We Sew Retro)

“On this day” is just an app on facebook. It can be set to never remind you about your dead cat or ex ever again. pic.twitter.com/tno2kYtXyp

The “On This Day” feature on Facebook can be neat sometimes, but othertimes it can also reminds you of things you’d really like to not remember. Here’s how to get rid of it.

Can you count all the Star Wars puns in Sian Welby’s epic weather report?

Now, it’s your turn. Tell us all the awesome things we need to check out on the internet!