Last night Our company had a party to launch Our TV division. Very exciting. MERC CITY is a show that will follow the Mercs and Bounty Hunters of the Riddick Universe. Next Month, DT begins writing the next Chapter in the Chronicles of Riddick… FURIA. #HappyFurianFriday

In a simple Instagram update Vin Diesel revealed two very important pieces of information to fans of the Riddick franchise. Not only is his production company’s new TV arm working on producing a TV show called Merc City, which follows the bounty hunters from the Riddick universe, but filmmaker David Twohy is currently writing a new installment in the Riddick film franchise called Furia, named after the planet Riddick’s people call home. (via Spinoff Online) 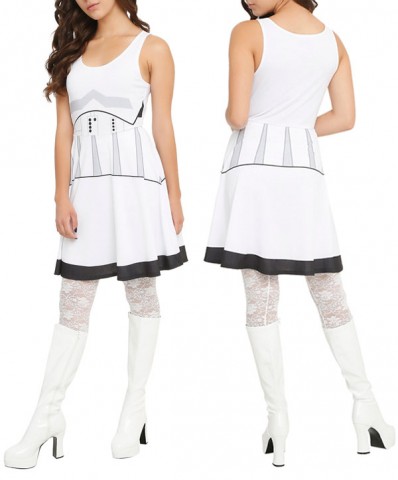 Um, have you seen this stormtrooper dress from Her Universe yet? Now you’ll have something to wear to the midnight screening of The Force Awakens! It’s available for $24.99 at Hot Topic. (via Geek Alerts)

The Wizarding World of Harry Potter is finally coming to Universal Studios in Hollywood! Check out this inside look at what the experience is like! Rejoice, Potterheads! (via Nerdist)

Hope you’re having a great weekend so far! Seen anything interesting today?