Hiker (AKA The Chosen One) Finds 1,200-Year-Old Sword in Norway

Finding swords is no way to elect a leader. 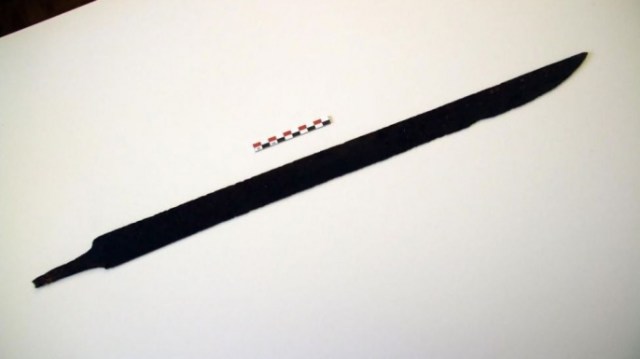 A hiker in Norway has apparently stumbled upon a 1,200 year old Viking blade while hiking across a mountain plateau. Reports of lightning and thunder and shouts of “THERE CAN ONLY BE ONE” could allegedly be heard across the land, but not confirmed. I’m kidding about that last part.

Goran Olsen sat down during a hike to take a break when he noticed the rusted blade peeking out from the ground. Archaeologists have dated the blade back to about 750 A.D., making it the longest known relationship in history (get it? date?!). The date isn’t exact, though let’s be honest, most of these estimations never really are. But that’s okay, because the blade is apparently in such well preserved condition that it could be sharpened and used today.

I just want to point out that this would’ve made for some a sweet viral marketing/alternate reality game stunt, folks-who-made-Highlander. I’m just saying.