Ron DeSantis continues to drag his heels on his state's COVID-19 response. 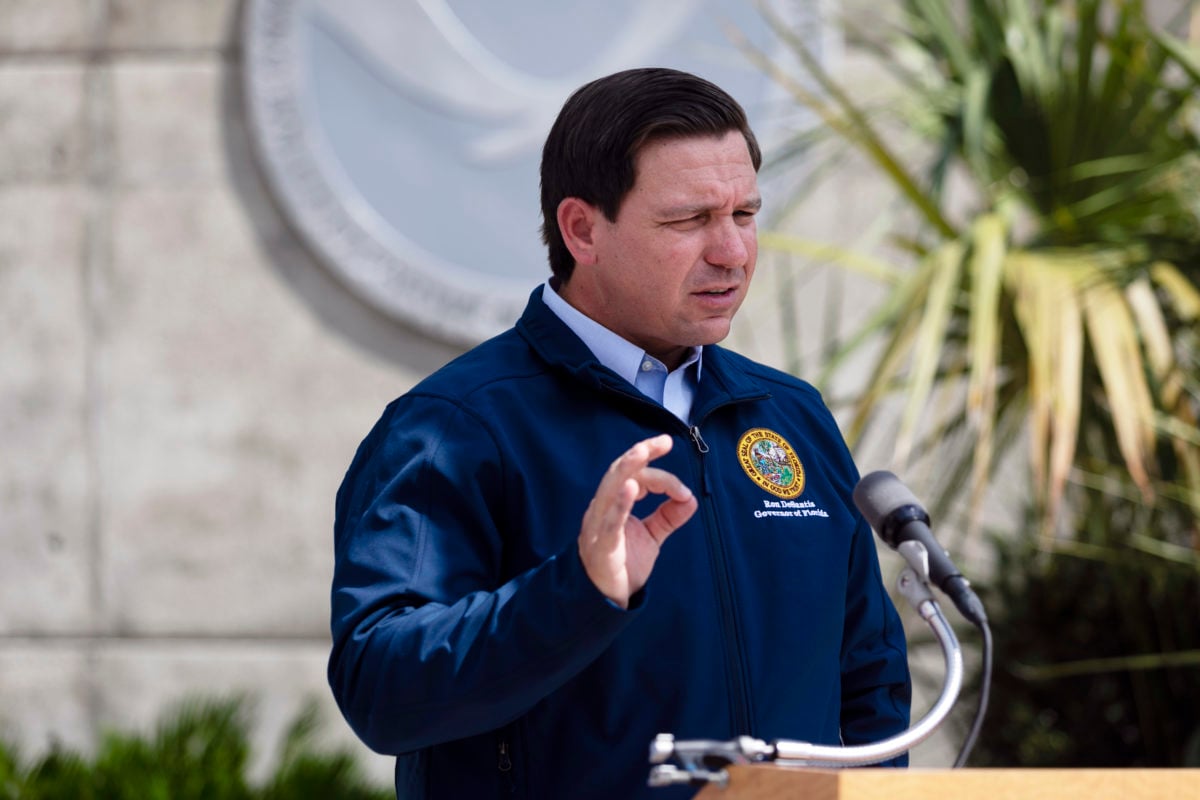 Florida governor Ron DeSantis has done a terrible job of protecting his state from the COVID-19 pandemic. The Republican governor’s response has been slower than most: he waited until just yesterday to issue a statewide stay-at-home order, when over 8,000 residents (that they know of) have already been infected. He refused to shut down the beaches during spring break, where thousands of college kids congregated to spread the virus before taking it back to their home states.

An ardent supporter of Donald Trump, DeSantis has followed the White House’s response, ignoring the threat, minimizing it, and then finally addressing it seriously when the facts became gravely undeniable. It is a deeply irresponsible and ignorant response, especially given that 21 percent of the state population if 65 and older.

But Florida’s stay-at-home order features a dangerous exemption: all religious services at churches, synagogues, and other houses of worship have been deemed “essential businesses”. This exemption comes just days after the arrest of Pastor Rodney Howard-Browne who refused to close his River at Tampa Bay Church. Howard-Browne was directly defying Hillsborough County’s stay-at-home orders, which preceded DeSantis’s statewide mandate.

The Pentecostal preacher declared to his parishioners that the church would not be closing until the Rapture comes, “because we are raising up revivalists, not pansies.” He has also promoted various deep state conspiracy theories about the virus. Hillsborough County Sheriff Chad Chronister said, “His reckless disregard for human life put hundreds of people in his congregation at risk, … as well as put thousands of residents who may interact with them in danger.”

And he’s not alone. A pastor in Baton Rouge, LA continued to hold services in defiance of stay-at-home orders. And other governors, like Ohio Gov. Mike DeWine (R) have also exempted religious services from the social distancing guidelines.

And if you think this is a purely American issue, religious zealots across the globe are risking their parishioners in the name of God. A five-day-long prayer meeting at an evangelical church in Mulhouse, France which hosted 2,500 people quickly became an infectious hot spot. A regional health official called the meeting, “a kind of atomic bomb that went off in the town in late February that we didn’t see.”

Dr. Anthony Fauci said of the loose exemptions, “I can’t make any official proclamations here, but I can say: Really seriously consider, are those exemptions appropriate when you think about what’s going on? … And I urge the people of the leadership at the state level to really take a close look at those kinds of decisions.”

The waters rise and the man drowns. When he gets to Heaven he meets God and asks them why he wasn’t saved. God replies, “I sent you a canoe, a boat, and a helicopter, what more were you waiting for?”