Things We Saw Today: The Witcher and The Mandalorian Sure Do Have This in Common 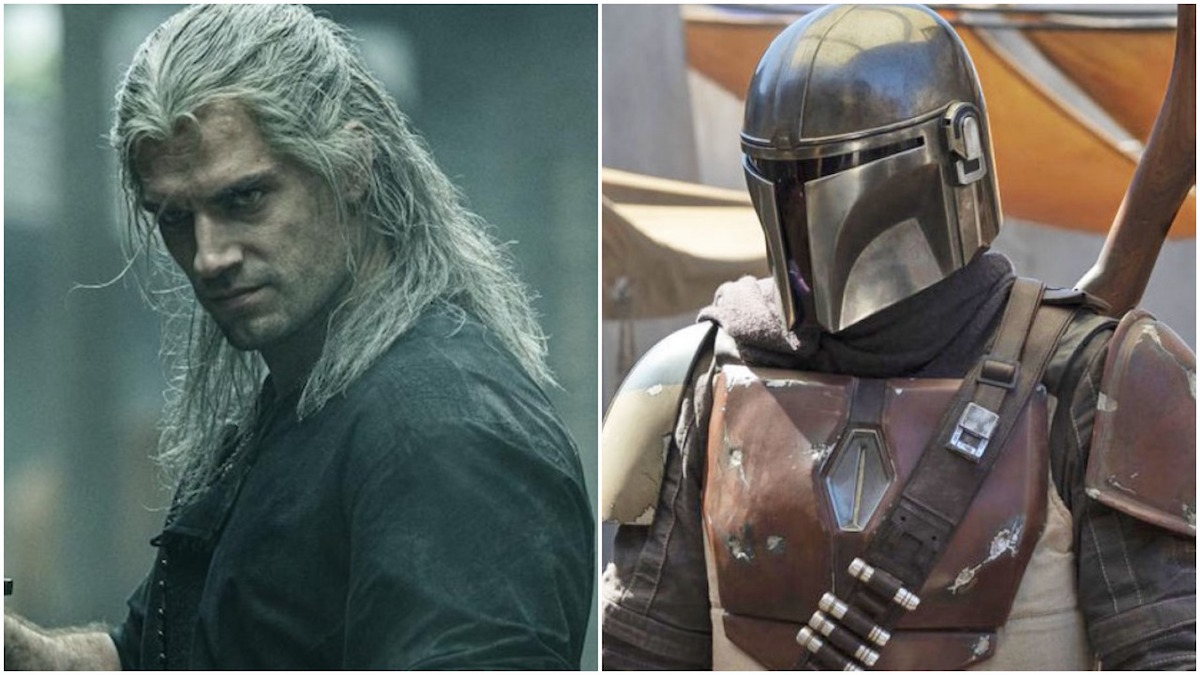 The biggest television shows in the streaming world right now are The Mandalorian on Disney+ and The Witcher on Netflix—two hugely different productions that share an essential core.

On paper, The Witcher and The Mandalorian seem dramatically different. The Witcher is pure fantasy, complete with quasi-medieval times, dragons, magic, and saucy bards. The Mandalorian takes place in a galaxy far, far away, bound to its Star Wars roots and full-up with blasters, spaceships, alien babies, and snarky droids. Yet the shows’ central arc—and their eponymous main characters—are surprisingly similar.

Twitter users have had fun pointing out that both popular series star a stalwart lone wolf warrior-type who goes by his own code and pretends to be unfeeling while really being a self-sacrificing noble softie. They both end up, rather unintentionally, as the fiercely protective adoptive dad to a powerful, mysterious child.

Of course, there are other similarities to the shows, which can feel formulaic to well-established action-adventure tropes. They both follow hack-slash wandering pathways, love to encounter a rampaging monster or a mass of enemy soldiers standing in the way, and rely on otherworldly forces to make us believe in the impossible. (When The Mandalorian called the Jedi “sorcerers” in its finale, I cheered: finally, verbal confirmation that Star Wars is really fantasy in space more than science fiction.)

The Mandalorian and the Witcher are just big DnD campaigns.

Is it a coincidence that the protagonists of our current buzz-worthy TV mirror one another? Sure, but it’s intriguing to consider why this is such a popular narrative at the close of 2019. It’s nice to see characters who are otherwise defined by excelling at brutal violence as putty in the hands of our most vulnerable creatures, which are kids.

Toxic masculinity is countered by the power of found families, and the safety of children is paramount to even the most hardened warrior. Delightfully, both men—Geralt of Rivia and Din Djarin, the Mandalorian—are also often flanked by women who are even more capable than they are. Even though both men’s stories are ostensibly positioned “a long time ago,” they feel much more modern than what we might have seen from these roles when the decade began.

If this is going to be a theme with the male leads of enormous properties going forward—adoring dads that are both stoic and chaotic (the duality of man) who defer to their commanding lady-friends—maybe we’ve done something right in 2019 after all.

What else did we see today, the end of all (aughts) days?

Happy almost-New Year! What did you see today?

The Mandalorianthe witcherthings we saw today