The Witch Review: Beware of High Expectations | The Mary Sue 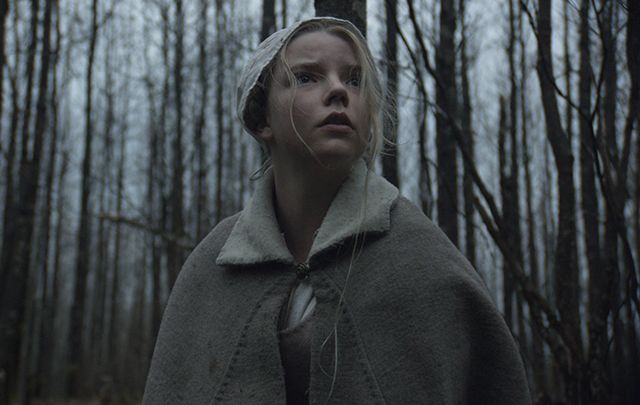 Mild spoilers for The Witch to follow under the blocked-out text.

Growing up, I assumed I hated horror. Why? Because when I was a six-year-old old my uncle let me watch Carrie, and sitting through the whole thing led to a week of nightmares. The visuals of that movie BOTHERED me, and after that I resisted seeing any horror movies. I had to learn to like them as an adult person, but I did the work and have found a lot that I really, really like. And while a six-year-old should not be allowed to watch these movies, I now consider those classic 70s era (couple of 60s, a couple of 80s mixed in) horror films to be the most effective; movies like Rosemary’s Baby, The Fool Killer, Carrie, The Exorcist, The Wicker Man, Don’t Look Now, The Shining. Horror mixed with genuine paranoia and suspicion (especially religious subtext) can make scary stuff downright nightmarish. I’ve had many, many a nightmares caused by those movies, and they are the reason I was honestly nervous about seeing the new movie The Witch (I was sick for a couple of screenings, but kind of happy to put it off anyway).

Turns out, my fears weren’t necessary. The Witch is a solid, compelling, thought-provoking movie. It’s not scary. And while I feel it would be possible to leave this movie feeling disturbed, I think the filmmaker and company behind the movie made a couple of big mistakes which prevented me from feeling that reaction, too. Releasing this movie wide (the first time distributor A24 ever did that) and declaring it a terrifying horror movie in the marketing was a huge mistake. Not because it doesn’t fit into the genre of horror, but because of the power of expectations. The less you know about this movie the better your experience will be, but everyone who saw it opening weekend probably walked in with too much knowledge and hype to really get as much out of it as they could have if the film had the veil of mystery.

The Witch, referred to as a New England Folktale, is arguably best if masked as a drama that happens to have horror (like Macbeth). That way, the horror can crawl onto your lap and surprise you when you realize it’s been there all along. Word of mouth and audiences sharing the movie would have been more satisfying for the audience I suspect than the aggressive marketing we got. Because like it or not, expectations play a big role in the enjoyment and experience you have in a theater. And if a lightweight like myself isn’t terrified watching your scary movie, marketing directly to horror fans can be catastrophic. The audience I saw this movie with weren’t just losing interest at a fast and alarming rate…they were rejecting it so loud and aggressively, they just about ruined my experience of seeing the movie. And if this had been a movie marketed as an art house film or limited release, I don’t think so many would have rejected it and refused to buy in.

Did I ever buy in? Honestly, no. I think the film’s focus on historical accuracy, family dynamics, religious devotion, and the impact isolation has on the psyche are all really, really interesting. In fact, I think more of that focus before introducing the horror elements would have helped me buy in. I wanted to know more about the family’s religious ideas and how the dynamics had changed since oldest daughter Thomasin (Anya Taylor-Joy) began blossoming into womanhood. Those are interesting, thought-provoking ideas, especially once we see the real tensions between her and her parents (Ralph Ineson and Kate Dickie). But the film, with its slow and patient mood, seems to make sharp shifts that are motivated more out of a need to build tension than anything else.

The movie makes what I consider one fatal flaw.

The Witch is an exceptionally well-made movie, and I know why it is getting such excellent reviews from others. It is a beautifully made movie. The costumes, set design, cinematography, and music are all first rate and effective, and Eggers’ careful historical research adds a lot to enhance the movie, especially the gender dynamics within the family. I should note that while labeling this movie as “feminist horror” troubles me, I certainly see the feminist elements at play within the film and find them not only interesting, but deserving of more screen time. Likewise, any movie that focuses on and thinks seriously about religion and faith in a provocative and thoughtful way is important right now…we need to go beyond the general idea of “faith based films” to films that can create real conversations. And the performances are pretty much amazing, especially Taylor who is spectacular to watch from start to finish. But appreciating those elements that work didn’t help me feel that collectively, the movie fires a little off course most of the time.

I tried thinking about why some recent horror seem so great and others, like this, seem to miss the mark despite having so much going for them. Honestly, there are some really weird and silly horror movies I liked because they provided that scare-laugh quality that makes for a fun ride. There are others that aren’t scary, but left a huge impression (Girl Walks Home Alone at Night, Only Lovers Left Alive), and some that aren’t even horror movies but still leave you with a sense of unease (Under the Skin, White Ribbon, We Need to Talk About Kevin). And then there are the little modern masterpieces that get it all so right (The Babadook, We Are What We Are). The Witch is clearly trying to be in the vein of these new classics, but it doesn’t provide the visceral reaction I want from horror OR that long-lasting sense of unease over disturbing concepts of images. The Witch is certainly a good movie, well-made with moments of greatness…but the fact is, the overall experience I had felt strangely hollow.