'We need to live with it' is the new party line. 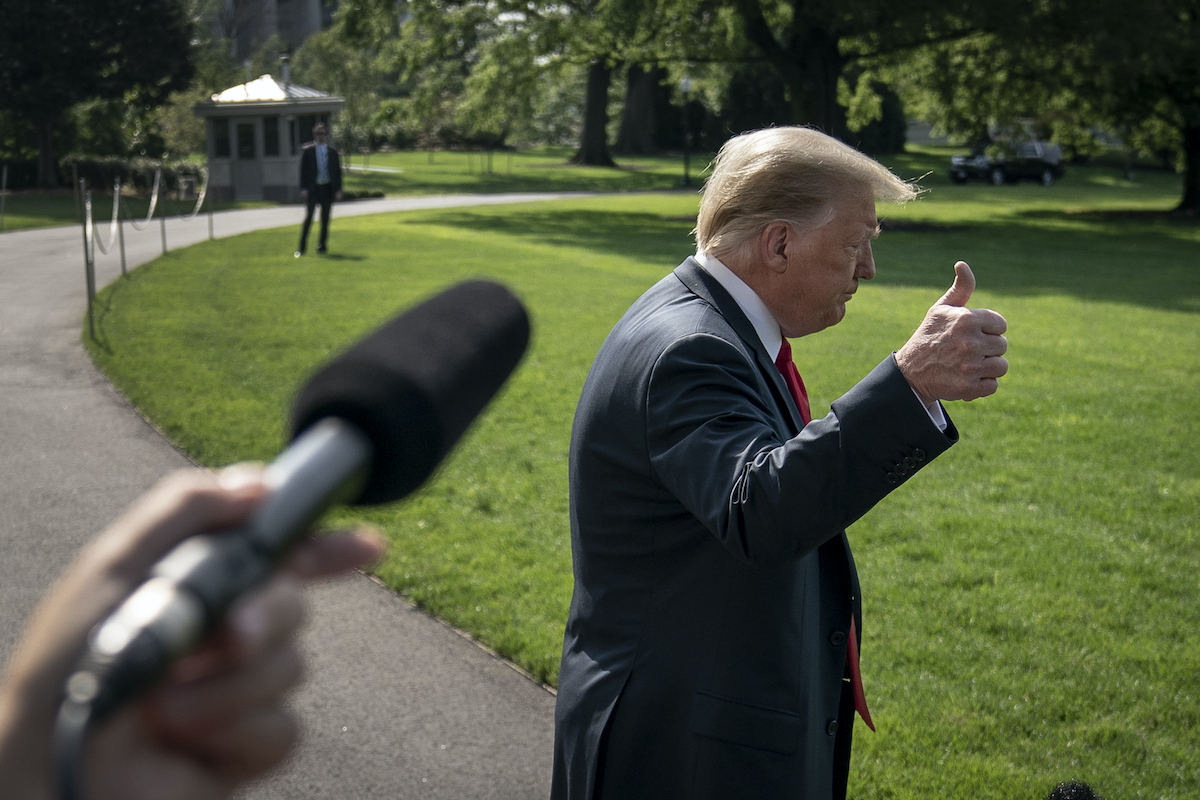 As coronavirus cases surge across the country and the death toll passes 130,000, Trump and his administration are unveiling a new plan to combat the pandemic. That plan? To do absolutely nothing. You may wonder how this differs from their previous plan of doing nothing, but rest assured that our federal government is committed to doing even less than they did before!

In a new report from NBC News, the White House’s new party line going forward is “The virus is with us, but we need to live with it.” We’re assuming that the “we” doesn’t include the over 130,000 people that have died due to the government’s criminal negligence and complete lack of a plan. Apparently the new plan is to push therapeutic drugs like Remdesivir, which the U.S. is stockpiling and to lean on the virus’s low death rate compared to overall infections.

It’s a maddening but wholly predictable response from an administration that has downplayed the virus since the beginning of the year. It’s a party line that has endured as the months have flown by, from Trump’s claims that the virus would “one day disappear” to his haunted porcelain doll of a son-in-law Jared Kushner proclaiming that the country would be “really rocking again” by July.

At his campaign rally last month in Tulsa, Trump said “We have to get back to business. We have to get back to living our lives. Can’t do this any longer, … And I do believe it’s safe. I do believe it’s very safe.” Several of Trump’s campaign staffers have since come down with COVID-19, including former presidential candidate Herman Cain and Don Jr.’s girlfriend and campaign fundraiser Kimberly Guilfoyle. Kimberlu A number of Trump’s own campaign staffers and Secret Service agents contracted COVID-19 in Tulsa.

But the bottom line for Trump has always been himself and his reelection. So in service of his own goals and ego, he will continue to push for reopening so he can crow about the economy. So despite rising cases across the country, Trump and his cronies are set to slap a “mission accomplished” banner on the pandemic and continue on as hospitalizations rise and healthcare workers are exhausted.

Dr. Anthony Fauci warned congress of cost of ignoring the pandemic just last week, saying “We are now having 40-plus thousand new cases a day. I would not be surprised if we go up to 100,000 a day if this does not turn around and so I am very concerned, … We’re going to continue to be in a lot of trouble, and there’s going to be a lot of hurt if that does not stop.”

So until there’s a vaccine or Joe Biden wins the election, Americans are on their own. It’s a demoralizing and devastating fact to contend with, but not a surprising one. It’s especially infuriating in light of the fact that other countries have successfully controlled their outbreak and reduced their cases.

And yet, somehow, other countries get to live without it.

This new White House messaging is an admission that the Trump Administration is incompetent and incapable. Elections have consequences, and we are living it right now. https://t.co/YCqtwQYx0j pic.twitter.com/vk9lSe6mN7

Elections have consequences. Wear a mask.

One thing to acknowledge that COVID-19 is going to be around until there's a vaccine, but to throw up your hands and say "welp, no shame in losing to the best" when the US is in its current state is… an astonishing choice.

Nothing can be done about it, says only nation where this is happening https://t.co/SA9tSngrjz

Trump declared surrender to COVID the minute his travel ban didn’t work. He gave up two weeks into the crisis.