Are Texas, Arizona and Florida in a Competition for Who Can Handle COVID-19 the Worst?

The loser is all of us 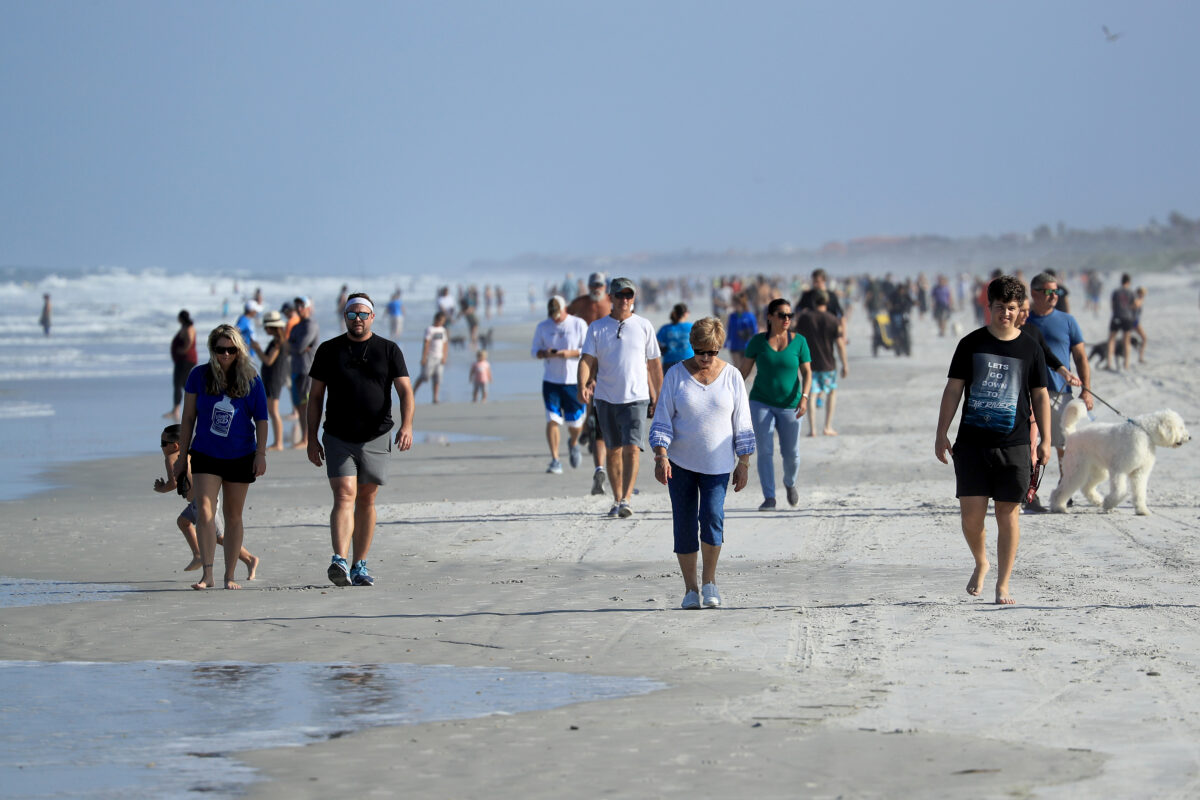 NBC’s The Good Place spent a lot of time in their brilliant four seasons poking fun at Arizona and Florida. Joking that one was a trash state and the other was a fetid swamp populated with less than brilliant folks lacking any regard for their own life or wellbeing. And I always laughed because no one could be that bad.

The coronavirus pandemic has proven not only that I was wrong but that The Good Place was potentially too nice to these states. How bad are things? Well …

Let’s start, sadly, with Florida. Today Florida set a new record for COVID-19 cases, with over 10,000 new cases reported in the state. That’s a new, terrible record. This comes on the heels of Florida being one of the first states to push reopening after never truly shutting down. Florida beaches were packed, and only some of them are closing back down for the July 4 holiday.  At least that’s something, but governor Ron DeSantis said even yesterday that the state is not going back, despite surging cases that are due in part to the open restaurants, night clubs, and bars across the state.

And maybe Florida can console itself that it’s not Arizona? That’s the one state that’s currently surpassing Florida in new cases per 100,000 people per day: Florida is at 30.7 while Arizona is at a whopping 39.1. President Trump recently visited this state at a megachurch where they falsely claimed that their air purifiers killed 99% of COVID-19! That’s the kind of thinking going on there and weirdly, thousands of people keep getting sick!

It’s all just … wow. After not taking action quickly, governor Dan Ducey closed many businesses back down after things started to surge, but some gyms are defying the order and even threatening to sue to stay open. How much do people want to work out that they are willing to kill for it?!

But not to worry, there are other states competing to be just as reckless, showing up like a bear with a chainsaw at a fancy party.

In this metaphor, the bear is Texas.

Ah yes, Texas, where Vanilla Ice will perform for a large crowd (around 2,500) in Austin tomorrow, as a venue that’s getting by the concert venue shutdown because while it’s large, it’s technically a restaurant. Mr. Ice shared that the ’90s were better because we didn’t have coronavirus. Color Me Bad will play at the same venue on July 4.

All he had to do was stop, collaborate, and listen to health officials. https://t.co/52BXdpkrGF

I guess music, like muscles, is worth dying for. Just ask the Dallas megachurch that hosted Mike Pence on Sunday, where an unmasked choir blasted the crowd with their germs … and now there’s a COVID cluster among the congregation. And this is of course the state where Lieutenant Governor Dan Patrick has said he doesn’t need Anthony Fauci’s advice anymore.

It’s all just baffling. The need to get to a beach or a bar or a megachurch at a time when it’s still incredibly dangerous to the community to do that is so selfish and foolish. These are all states that voted for Donald Trump in 2016, however, whose governors followed his terribly misguided promptings to reopen early, so while what’s happening is tragic, it’s also all too predictable. But we know how it leaves everyone else feeling.