This Is Already the Weirdest Thanksgiving, and It’s Going To Get a Lot Worse 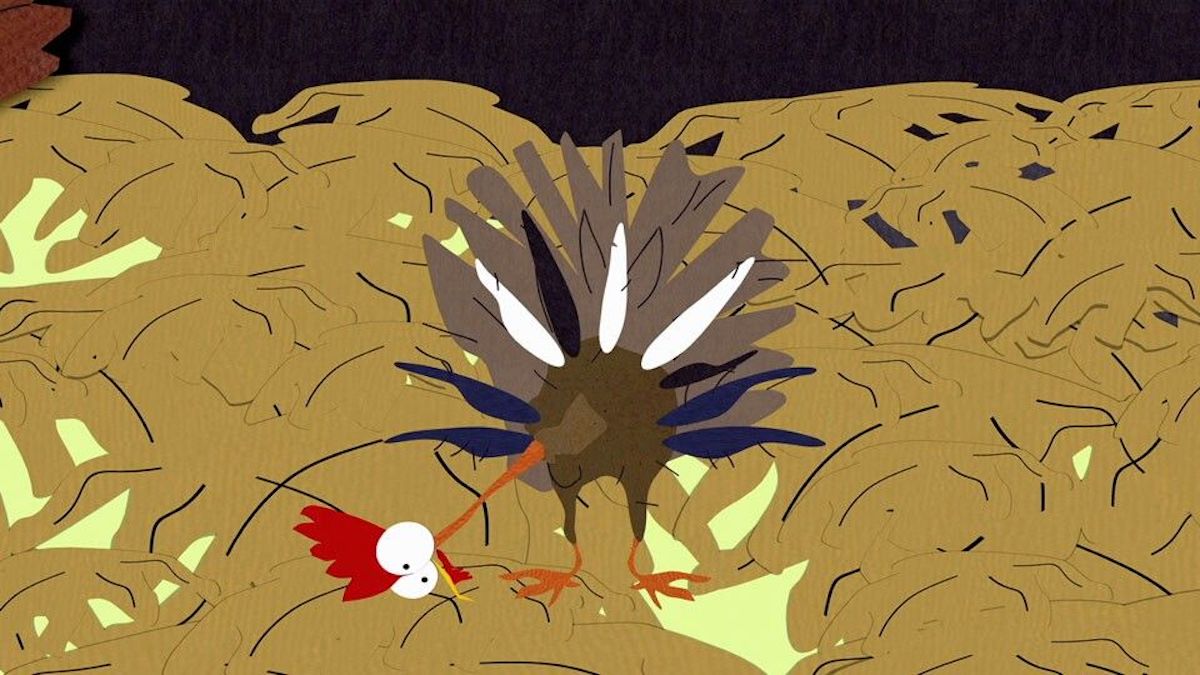 November 26, 2020 is set for the record books as one of the strangest Thanksgivings in this nation’s history, if not the most strange. It’s already been an incredibly odd and tense run-up to the day. Though we continue to be laid low by a surging pandemic, and every country surveyed agrees we had the worst coronavirus response in the world, millions of Americans have decided that it’s A-OK to travel this year. CNBC warns that Thanksgiving has the potential to be a massive “accelerator event.”

If you’re not American, you might be looking at us gathering together for a holiday that centers around a shared meal as the worst possible thing to do during a pandemic, and you’d be right!

In all of its traditions, Thanksgiving is practically designed to be a superspreader: people traveling across state lines and then back again to their communities. Families and friends packed together into one house, everyone inside, many people idle, still more people packed into the confines of a small kitchen. And then, lots of people around a table, sharing dishes, passing them around, talking and arguing and debating the finer points of politics gleaned from Facebook posts. That’s a lot of potentially infectious droplets in the air.

Meanwhile, even the Thanksgiving tradition of football-watching is somewhat delayed because of the coronavirus.

“I’m not scared for the day itself, but for what’s going to happen, two, three and four weeks later,” emergency physician Dr. Megan Ranney told CNBC.  “You can’t get a higher risk activity than sitting around a table unmasked indoors for hours, so we’re just risking seeding hundreds of thousands, if not millions of new infections, which will then, of course, lead to hospitalizations and deaths.”

Dr. Fauci straight-up begged Americans to be reasonable, follow safety guidelines, and not gather with anyone who isn’t part of their household:

Many local leaders and state governors have been urging people for weeks not to travel for Thanksgiving, and to keep gatherings as small as possible. But there is a significant chunk of America that’s not heeding these warnings, for a few reasons.

Of course, there’s the rampant politicization of the virus by Trump & Co., which leads primarily right-wing-aligned people to continue to deny COVID’s severity and even its very existence. Those people have adopted a “come and take it” stance about their Thanksgiving turkey, as though the resistance to basic health protocols meant to save lives is some kind of heroic act.

This footage from Flight Radar 24 shows the heavy level of air traffic on Monday, Nov 23. Despite CDC guidelines that Americans refrain from travel, an estimated 2M Americans are expected to fly somewhere this Thanksgiving week pic.twitter.com/aWfgm77Flc

But there are also many Americans who acknowledge the severity and reality of COVID, yet are traveling or gathering anyway. Huh? Well, there’s the psychological phenomenon of “optimism bias,” in which we’re absolutely sure that bad things are going to happen to other people. ” You tend to believe you have control over your life, and you tend to believe you have more control than you actually do,” academic Tali Sharot explained to Vice.

As such, we naturally tend to underestimate risks when it comes to our own actions. Even though you might know it’s wildly dangerous to gather with family across state lines, you’re just certain no one will be bringing or spreading it to your gathering.

It’s not a risk worth taking.

We should all be more like Lego Grad Student:

A somewhat more reasonable point—though it is no less risky, health-wise—that has been made online as to why some people are still gathering despite the danger is that people are still being sent into danger every day. Millions of people do not have the privilege of working from home, and are being made to work in service, retail, and office jobs. If you already have no choice but to interact with strangers on a frequent basis, how can local authorities expect folks to abide by strictures not to see your own family? For many, the edict seems laughable and contrary to what they must face daily.

Pandemic fatigue, personal hardships and a lack of financial resources have combined with anti-government sentiment and science denialism to drive a wedge between what public health officials say should be done and what people are actually doing.

The country’s abject failure to provide for and safeguard its citizens has produced a second wave of this horrific virus, and led to the strange, untenable Thanksgiving that we’re currently passing. If we paid for businesses to close and for people to remain home for a real lockdown, the numbers of COVID-19 cases and deaths in our nation would not be the worst on the planet. But we didn’t, and Congress continues to drag its heels on a new aid package. As America’s federal government refuses to provide assistance to millions of struggling people, collective exhaustion has led to many Americans shrugging and feeling like Thanksgiving might just be worth the risk.

But there is zero doubt that for a good many who are eating together today, that meal is going to result in tragedy. The foreknowledge of this should frighten and infuriate us. Because the choices made this week are not only going to directly impact individual families, but also the communities and workspaces they return to. This is to say nothing of the medical professionals and staff who have been working nonstop since March to combat the pandemic, putting themselves in harm’s way every day. If anyone has a right to be exhausted and fatigued, it’s the medical community. And they’re begging Americans to be careful—and warning that we could be facing our “darkest days” after the holiday.

I hope you have a happy and healthy Thanksgiving. But I also hope that you’re spending it in the following fashion:

When I tell people I’m planning a lot of travel this weekend, they tend to get a little angry… until I explain with a wink that all my travels will be through the magic of literature. Then they get furious.