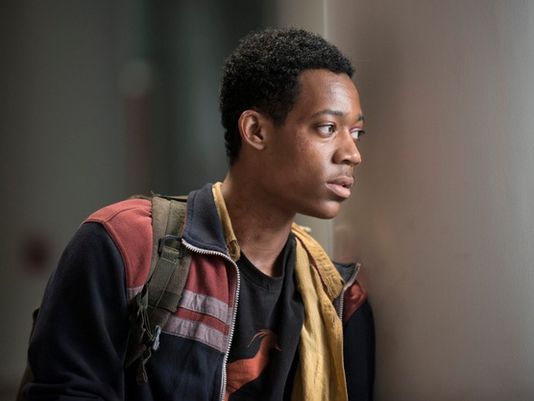 We’ve only got two episodes left in season 5, and things are definitely starting to get intense. However, before I jump into this week’s recap, be warned that there will be spoilers ahead.

The biggest thing we realized this episode? Our concerns about Alexandria were pretty much right on the money. At this point Alexandria is no Terminus or Woodbury, but there is certainly a bit of a dark undercurrent in the midst of those perfect, suburban homes.

Unfortunately, one of those negative forces is coming from within our group. Father Gabriel is clearly having an incredibly hard time dealing with the brutality he saw Rick’s group unleash on those who stood in their way. Now, we can just ignore the fact that this sudden surge of morality is  an interesting choice on Father Gabriel’s part, what with his past (eg. lockinging himself in his own church while his parish members are literally torn to shreds just within earshot). Regardless, Gabriel has grown a conscience, and decides to tell Deanna that Rick and his group is quite evil and not good for Alexandria.

Of course, this is particularly upsetting to Deanna, since she has made Rick and Michonne head constables, given Glenn high ranking in the scavenge team (or at least she’s given him Aiden Punching Privileges), and has appointed Abraham as the head of construction–all of these after Maggie, Deanna’s new right hand woman, offered a verbal endorsement of each person. If she buys into Gabriel’s notion that Rick’s group is bad news, Deanna’s certainly put herself in a tight spot, having almost every one of group’s people in some leadership role within the town. Unfortunately,  we didn’t see what Deanna does with Father Gabriel’s confession, but given the events in this episode, it will be interesting to see how they color Deanna’s opinion of the group. More on that later…

The other interesting development back in Alexandria is that, despite giving him a proper Rambo Carol scare, Sam is still skulking around Carol’s place, looking for cookies. He promises her that he won’t spill the beans about her stolen guns, but a hardcore craving for some more of Carol’s cookies keeps drawing him back to Carol’s home. Carol’s not in a mothering mood. After losing Sophia, Lizzia, and Mika, she’s pretty much done with kids. However, she sees that determined, sugar-driven look in Sam’s eyes, so she agrees to teach him how to make his own batch of her applesauce cookies in exchange that he does not bother her again.

During their time baking, Sam leads Carol to believe that his father, Pete, is hitting his mom, Jessie, and maybe him, too. Given Carol’s own past domestic abuse, she finds this particularly infuriating. After a quick visit to Pete and Jessie’s house, Carol is all but certain that Pete is indeed an abuser. She immediately lets Rick know about the abuse, and offers him the only course of action that seems logical to her, offering the suggestion in super chill, Rambo Carol fashion:

I’ll be honest, when Carol says this, Rick seems pretty excited to have an excuse to go after Jessie’s man. He’s been playing a lot with his wedding ring, which makes me think that’s he’s getting more and more ready to move on from Lori–and move towards Jessie. Of course, like the situation with Deanna, we won’t see the Pete Situation come to any kind of resolution until next week. Regardless, we’re starting to see pretty sizeable cracks in Alexandria’s perfect image, and I can only imagine that it will get much worse from here.

The biggest shakedown from the episode didn’t happen in Alexandria, but with the scavenge crew. It seemed any bad blood between Aiden and Glenn had been left in the past, so as they headed out to find some electronics to repair Alexandria’s grid, everything seems to be on the up and up. Glenn and Aiden are accompanied by one of Aiden’s men, Nicholas, as well as Tara, Noah, and Eugene. Eugene is pretty freaked out about being asked to carry a weapon and head into harm’s way, easily admitting to his own cowardice, but since the group needs him to identify the correct device, he tags along.

Once the group arrives at the warehouse, they case the building to check out all available exits, and to figure out the threats in the vicinity. While there is a walker herd nearby, it looks as though they are both far enough away and fenced in enough to not pose a real threat. *eye roll* Of course they totally become a threat later on in the episode. There are also walkers within the warehouse, but a fence separates them from the scavenge group. The group inexplicably decides to not take out the fenced in walkers, which wouldn’t have been a huge deal if Aiden wasn’t a moron. When an armored walker heads toward him, he kicks things up a notch when he shoots–after Glenn told him to stop shooting the walker, I might add–the walker straight in the grenade it had strapped to his chest. The explosion causes the walkers to break past the fence, while Tara sustains a major head injury, and Aiden is impaled.

Its in this moment that we learn everyone’s true mettle. With a surge of courage that flows through the ends of his Tennessee Tophat, Eugene tosses aside his cowardly ways and works to get Tara safely to the vehicle to get her the medical attention she needs. Meanwhile, after a few failed attempts to free Aiden, Nicholas decides to turn tail and run. Before he abandons his friend and the rest of the scavenge group, Nicholas reminds Aiden that they have abandoned team members before. Namely, the team members that Tara, Glenn, and Noah are replacing. Because of this, Nicholas thinks Aiden should totally understand why Nicholas is about to leaving his friend for dead–because they’ve done it before.

In fact, we get the idea that Alexandrians standard operating procedure is to prioritize yourself over your fellow man. Abraham experiences this same behavioral pattern at the construction site. When one of his colleagues is injured and threatened by oncoming walkers, the rest of the team begins to leave her behind. Suddenly, Alexandria’s massive success starts to make sense. How can you die if you never stick your neck out for someone else? It’s a bit of a cliched joke to say the key to survival in any situation–be it animal attack or zombies–isn’t running the fastest, but making sure you outrun your partner. Apparently, Alexandrians take that joke as sound doctrine. Now, this isn’t an inherently evil philosophy, especially in the face of people like the Termites. However, it’s definitely not a philosophy that will cause some serious conflict with Rick and the group–especially given what happens after Nicholas abandons Aiden.

Aiden ultimately tells Glenn to let him die as the walkers begin to close in. You almost get the idea that Aiden feels like this is a deserved death for him, given the fact that he let his friends die in a similar matter. With mere moments left to escape, Glenn and Noah leave Aiden and run after Nicholas, who is trying to escape through the front door (that is very crowded with walkers), despite Glenn and Noah telling him to stop. Once again, because an Alexandrian doesn’t listen to Glenn (and Noah), the three of them end up getting pinned down in a revolving door, and are pretty hopeless. Thankfully, Eugene drives by to draw some of the walkers away from the door, allowing Glenn to hatch a plan to get everyone out alive. Of course Nicholas proves himself to, once again, be a selfish coward, and he wriggles out of the revolving door. Nicholas is able to run away to safety, but his selfish move allows the walkers to grab and ultimately kill Noah in a horrifically brutal fashion (maybe one of the most brutal deaths on the show) right in front of Glenn’s eyes. It was horrible to watch, and watching Glenn’s heartbreak as his friend was literally torn apart in from of his eyes made it even worse.

They’re no Daryl tears, but this scene was still incredibly brutal to watch. Understandably, when Glenn is able to get free from the walkers, he beats the snot out of Nicholas. Despite everything, Glenn proves himself to be ten times the human that Nicholas is, asking Eugene to help load Nicholas’ unconscious body into the back of the van to get him back to Alexandria.

Given that Deanna has just been told Rick and his group are evil, it will be very interesting to see what Deanna’s next move is–even more so now that Glenn, Tara, Eugene, and unconscious Nicholas will be returning without Aiden. While she was cool with Glenn laying the smackdown on her son every now and then, I’m pretty sure she’ll not be as cool with Aiden dying–even though Rick’s group lost one of theirs, and even if Aiden’s death was kind of his own fault.

Beyond that, Rick’s group isn’t behaving the best, either. Rick is still speaking flippantly about taking Alexandria should things not work out, Carol still has her stolen guns (and Sam still knows she stole the guns), and now Rick actually has a reason to harm his crush’s husband. Alexandria may be filled with abusers and morally ambiguous cowards, but I’m really starting to fear that we’re getting set up for a story in which our group becomes the bad guys. When they first came to Alexandria, Glenn mentioned that the group was almost out in the wild for too long.  Maybe they were in the wild too long, and maybe they’ve been burned too many times. Maybe, because of their past experiences, they can’t assimilate properly into any sort of a new society anymore. It’s unclear, but I am expecting the group’s relationship with Alexandria to fracture irreparably in the next two episodes.

The writers fairly unsubtly reminded us things were about to change when we got a peek into Noah’s notebook after his death where he had written, “This is the beginning.”

Well, there might be one good thing coming. In last night’s Talking Dead, we got a sneak peek into next week’s episode, and we saw this:

I guess good things come to those who don’t stay in the house, amirite? Looks like we might have some young, post-apocalyptic love growing between Carl and Enid!

Carl’s potentially blossoming love life aside, what did you think of this episode? Do you think Noah’s death is signaling a dark turn for the group? How do you think Rick is going to handle Pete? Do you think he’s hitting Jessie and Sam? How will Deanna react after losing her son? Let me know in the comments!