The Walking Dead Has Been Losing Viewers Since That Controversial Premiere

But that doesn't mean this show is down for the count. 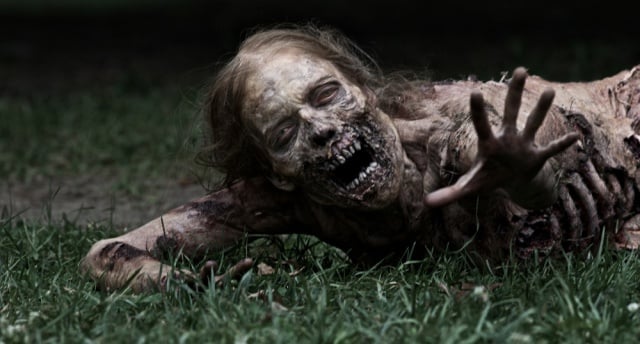 Apparently, ever since the controversial events of The Walking Dead‘s season 7 premiere, the AMC show has been losing its audience at a decent clip. The numbers aren’t necessarily enough to make anyone utter the words “cancellation”, but what’s a little discouraging is the fact that the ratings are the lowest they’ve been since the show’s third season.

It’s not news for fans to stop watching a show–or, at the very least, to threaten that they’re going to–but based on some of the numbers the show has been pulling in in the weeks since season seven premiered, it looks like a chunk of TWD‘s audience has been making good on that promise. Per Entertainment Weekly:

Viewership dropped 25 percent for the season’s second episode down to 12.5 million. Such a drop may have been expected somewhat given all the hype around the premiere resolving last season’s fateful circle-of-victims cliffhanger. But then the third episode dropped too (11.7 million), and so did the fourth (11.4 million) and now the fifth (11 million).

Again, these aren’t indicative of the potential fate of the series–overall, the show does better than pretty much any other series on television, and as EW notes there have been other drops of a similar nature in viewership, but the good news is that The Walking Dead tends to course-correct when it comes to its audience and ratings. Overall, however, this season has been cited by critics and some fans as being particularly imbalanced, and at the moment it’s unclear if the show needs to make different moves in order to reel viewers back in.