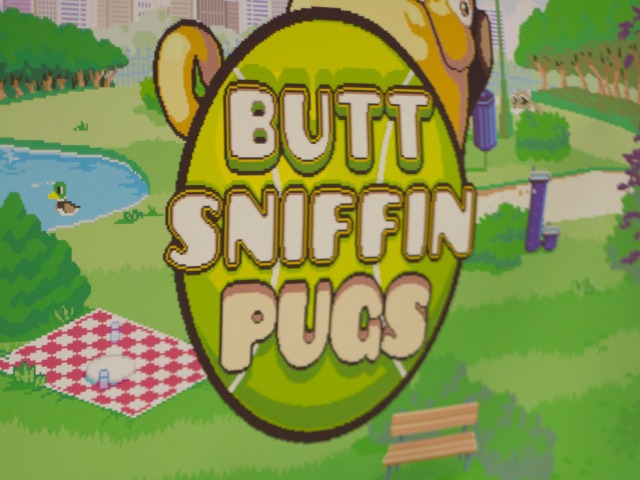 Indie games and studios occupied the focus of a lot of attendees at GDC 2015. Everywhere you looked, you were faced with an indie developer sharing the games and stories they had been working on. Their excitement at being able to talk with people about their games was nothing short of infectious. I got to demo a few of these games, and I only wish I could have played them all. 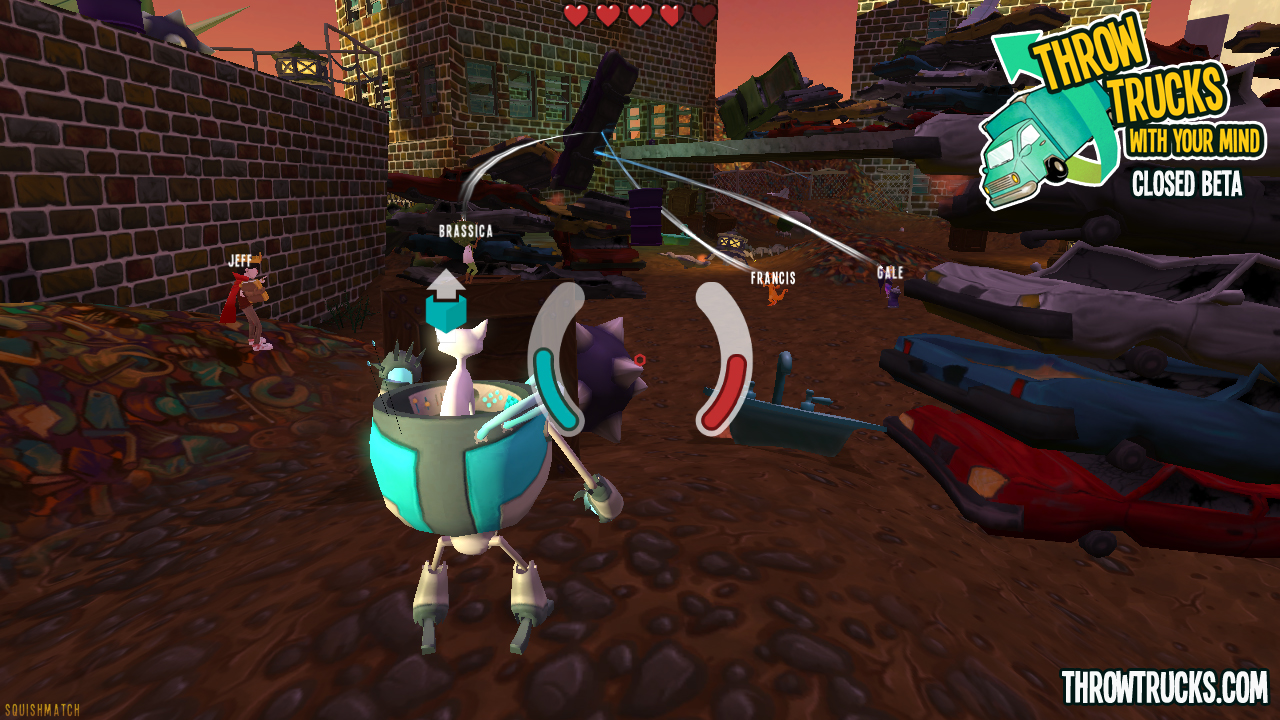 Throw Trucks With Your Mind

The game’s premise is simple. You throw trucks with your mind. Yeah, I know, right? Sadly, the game doesn’t actually give you telekinetic powers, but it does read biometric information like heart rate, eye blink, and brainwaves through a headset peripheral. 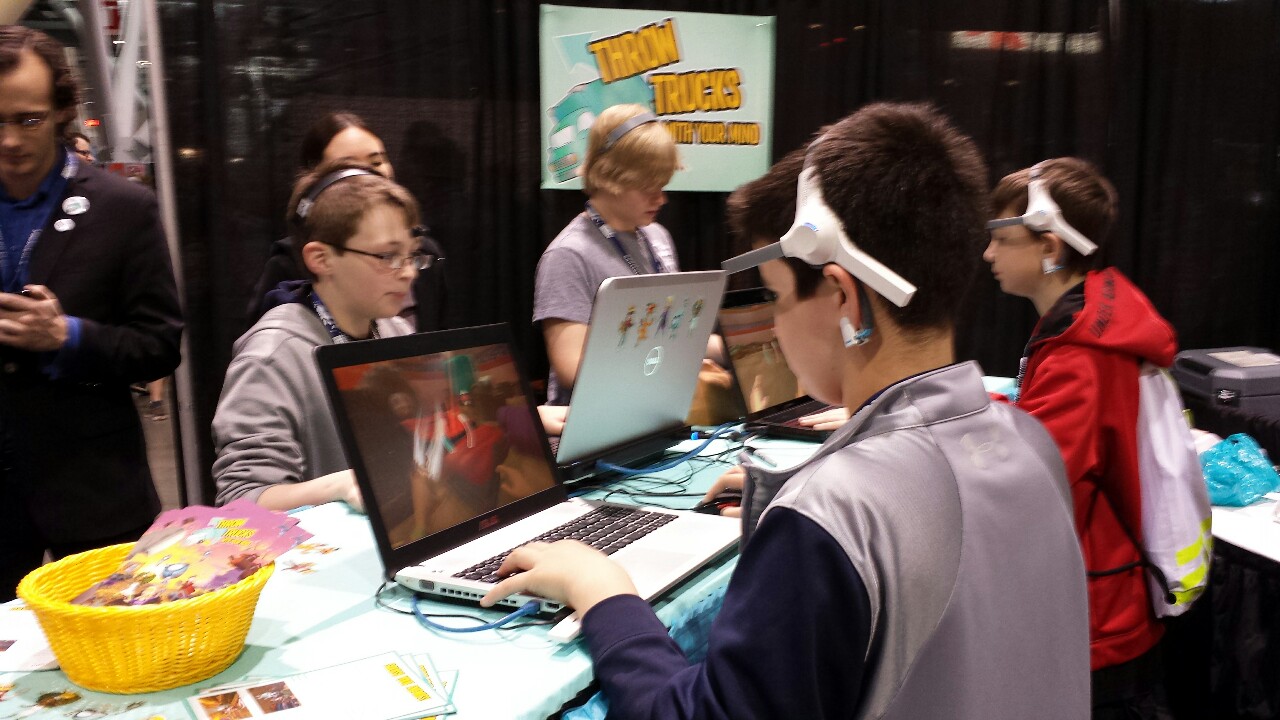 These, in turn, inform the game how focused or calm you are. The more focused and calm, the stronger your in-game powers. Once your powers are strong enough, you can start to lift larger and larger objects to throw at other players.

Lat Ware, the developer of the game, shared with me some insight about the initial development with the game, saying, “We designed the game to help with attention and anxiety disorders, copying therapy techniques from traditional neurofeedback therapy.” When asked about whether it can serve as a therapy tool, he said, “We will not do that until we know it works. Validation is the company’s current top priority.”

I had a chance to play this game at Wild Rumpus, a GDC party that features some incredibly imaginative multiplayer video games. The premise is that you’re supposed to work together with your friends to put together some flatpack furniture.

The catch is that you don’t have any instructions, and you can attach any piece to any other piece your heart desires. It’s like taking the worst part of moving into a new apartment and somehow making it a fun party game. The best part was that after a few minutes of building, the hammer showed up.

Now, usually I don’t go out of my way to destroy things, but it was actually pretty fun to knock things over and rebuild them in even stranger, funny ways. A few people wanted to build a pillow fort, so we ended up tearing up the pre-made couch and built ourselves the raddest, most palatial pillow fort ever.

You can fully expect to play this game the way everyone did at Wild Rumpus: with a controller in hand, and a drink close by.

No Pineapple Left Behind

A former math teacher, Seth Alter set out into the indie wilds when he became fed up with the administration. According to his studio’s website, he felt he could teach better through video games, so here he is. No Pineapple Left Behind is a response to the difficulties he faced trying to educate children, and the premise is fantastic.

All the children in school are turned into pineapples by an evil wizard. They essentially become robots, only taking tests and getting grades. Higher grades means the school gets more money. But if you’re not careful, the pineapples can turn back into children. This complicates things as kids have these pesky things called needs and feelings, and could compromise how much money the school is making.

It plays a lot like Theme Hospital or any of the Tycoon-styled games where you have to manage teachers, students, subjects, and the school itself to balance out needs and meet objectives. It was interesting to watch it all play out, even more so when you realized that you had a bunch of pineapples sitting in desks trying to learn about neocolonialism. 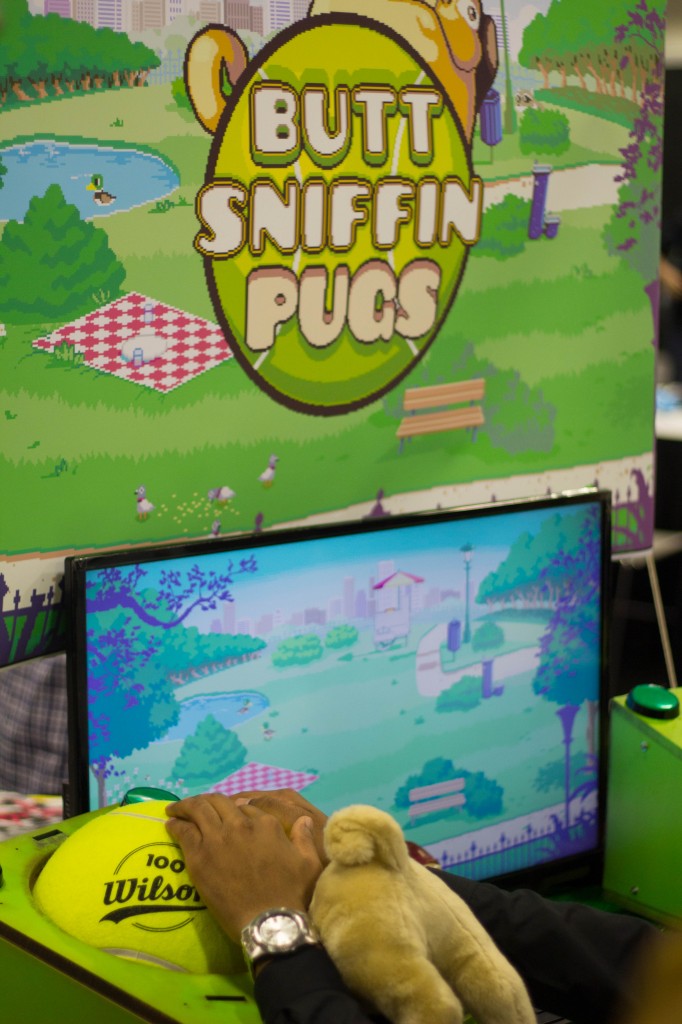 Look, I didn’t choose the pug life. The pug life chose me. Butt Sniffin’ Pugs is a game where you can live out your wildest fantasies of being the dream pug-ilist you’ve always wanted to be. As long as by pugilist you mean pug. As in dog.

There’s no real objective or anything, you run around with a park with another dog and you can either eat food that’s been dropped on the ground or you could spend the entire time trying to sniff the other dog’s butt.

The great thing about this game is the controller. The game was featured at alt.ctrl.GDC, which is a section of the GDC expo hall floor where alternative game controllers are demoed to attendees.

It’s basically a large box with an oversized tennis ball that works kind of like a trackball mouse. Underneath the tennis ball is a stuffed toy dog butt that you can tap with your hands to change your abilities. Of course, there were more than a few bolder players who opted to go right for it and tapped the butt with their noses. Watching them dive head first into the controller really brought me a real sense of satisfaction in the end.

For our full overview of GDC 2015, click here. For our review of the #1ReasonToBe panel, click here.

For more on the games featured at GDC 2015, check out the Indie MEGABOOTH website here.

If you want to read more about the games featured at alt.ctrl.GDC, check out the official website here.

Jessica Lachenal doesn’t like talking in the third person, so she hopes this has been as awkward for you as it has been for her. But, if you happen to like the words that she writes, check out her website at www.hipsterchick.net, or any of her writing on The Bold Italic, Autostraddle, Frontiers LA, Model View Culture, and here at The Mary Sue.