How Do We Say Goodbye to The Vampire Diaries? | The Mary Sue

How Do We Say Goodbye to The Vampire Diaries?

One last party in Mystic Falls. 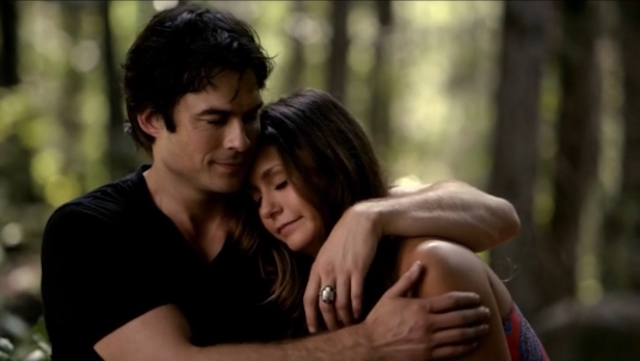 While everyone is talking about Buffy‘s 20th anniversary today, I can’t stop thinking about vampires. After eight seasons and 171 episodes, tonight marks the final bow of The Vampire Diaries. The show began as a supernatural melodrama aimed at teenagers, but over the years grew to become something more trope-busting. This is the end of a blood and bourbon-soaked era.

Tonight at 8/7c The Vampire Diaries will sign off  The CW with a two-hour series finale event. The first hour is devoted to a retrospective, with the final episode airing after. Already much ink has been spilled in the run-up to The Vampire Diaries‘ departure. I recommend Daniel Fienberg’s piece in The Hollywood Reporter, “When the Vampire Diaries Was Good, It Was Great,” which is a deep, insightful dive to the show’s bumpy ups and downs and why it ultimately succeeded in thrilling.

While it was never going to be Masterpiece Theater, for many years, for many of us, The Vampire Diaries was must-see T.V.

I remember rolling my eyes at the first promotions for TVD. We were in the fever-pitch of Twilight madness, a phenomenon which infuriated me, and I thought the last thing on Earth that we needed was more media about a mopey teenage girl caught in a love triangle with mystical men. Wasn’t it bad enough that we lived in a world where Renesmee, Bella and Edward’s hybrid psychic vampire baby, was a thing that had happened? 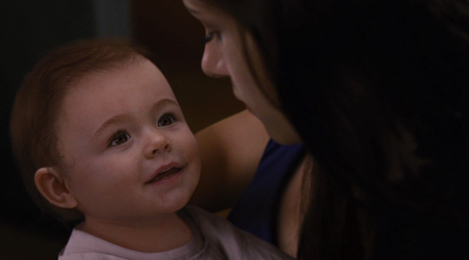 But years later, during a time when I needed some escapism, I ended up binge-watching the first two seasons of the show on Netflix. You could say I fell hard for The Vampire Diaries, like a 16-year-old girl who believes she has just spotted her soulmate in the halls of high school. Or maybe more like a jaded bloodsucker intrigued to find the doppelganger of their long-lost love in the quintessential messed-up small American town. Either way, I had it bad.

The Vampire Diaries was exciting to me for two reasons: first, it was willing to surprise, even shock, its viewers. I pride myself on being a pretty good predictor of plotlines, but you couldn’t do that with TVD. One moment they were chugging along on the same old boring trope train and then a second later the train derailed, caught fire, and all the passengers had their hearts ripped out. Then the train exploded. That’s what it often felt like watching an episode. Or as Fienberg puts it:

To watch The Vampire Diaries in those seasons was to sit with one’s jaw regularly agape as characters died or reversed moral direction and did things that seemed impossible for the writers to fix or live with, but the writers found ways to make nearly every wacky or bizarre choice land.

This gave the show a kind of addictive magic few series can pull off: Oh my God, what could possibly happen next? No one was safe, not the lead characters, not the most innocent or beloved ones. And while death often meant something different on TVD than the real world, it always had lasting repercussions.

The second element I loved about the show was the relationships between the characters. Not the characters on their own—they could get annoying or locked into an obsessive cycle. No, it was their interactions and value to each other. Family ties ruled TVD, for better or worse, starting with the vampiric Salvatore brothers and Elena Gilbert, the object of their affection, who has lost both her parents at the story’s start.

Every important character on TVD going forward was defined by their connections to mothers, fathers, siblings, aunts, grandparents. When Riverdale talks about founding families and long-simmering feuds, I have to shake my head and think: Mystic Falls did it first, and in a ball gown for one of their many seasonal festivals.

When blood betrayed or was lost, friendship was The Vampire Diaries‘ saving grace. These people would do anything for each other, and sometimes the best friendships were born out of past animosity. On TVD, you were allowed to evolve and change and become someone new—sometimes in the undead sense, sometimes by realizing that when you think we’ve found your soulmate at 16 it doesn’t always work out, and maybe you just might actually be in love with his brother.

Additionally, TVD was the rare show where teenagers (and adults) were treated with astonishing reality, especially for a place dominated by vampires, witches, doppelgangers and ghosts. The teenagers drank, smoked weed, were sexually active, made good and bad relationship decisions, stuck with an intimate circle of childhood friends.

Sure, they never seemed to go to school much, but at least the setting gave us Alaric Saltzman, the vampire-hunting history teacher who becomes best pals with a vampire. The adults drank a lot and were even worse about romance. It never gets easier to figure out how to be alive, even if you have a few hundred years of practice.

Everyone’s life was complicated and imperfect, no matter their outward veneer. Everyone had secrets and existed in shades of gray, not black and white. Every character on The Vampire Diaries, though few of them were, was fundamentally, gloriously, messily human.

Now it’s time for a confession: I’m behind on my TVD-watching, and I’ve seen many mixed reviews of its eighth season. Star Nina Dobrev left to pursue a movie career, and while Elena may not have been most people’s favorite character, perhaps she was the moral glue that held the show together. The consensus seems to be that it’s a fitting time for the series to be wrapping up.

Tonight Elena returns, and I’ll be tuning in as well, with a drink in hand. I can’t think of a more fitting way to say goodbye to an old friend who I haven’t seen in a while, but who was there when I needed them, and will always have a place in my (ripped out) heart.

Join my TVD support group in the comments and be sure to check back in here later with your thoughts on the finale.

(images via The CW, screengrab)