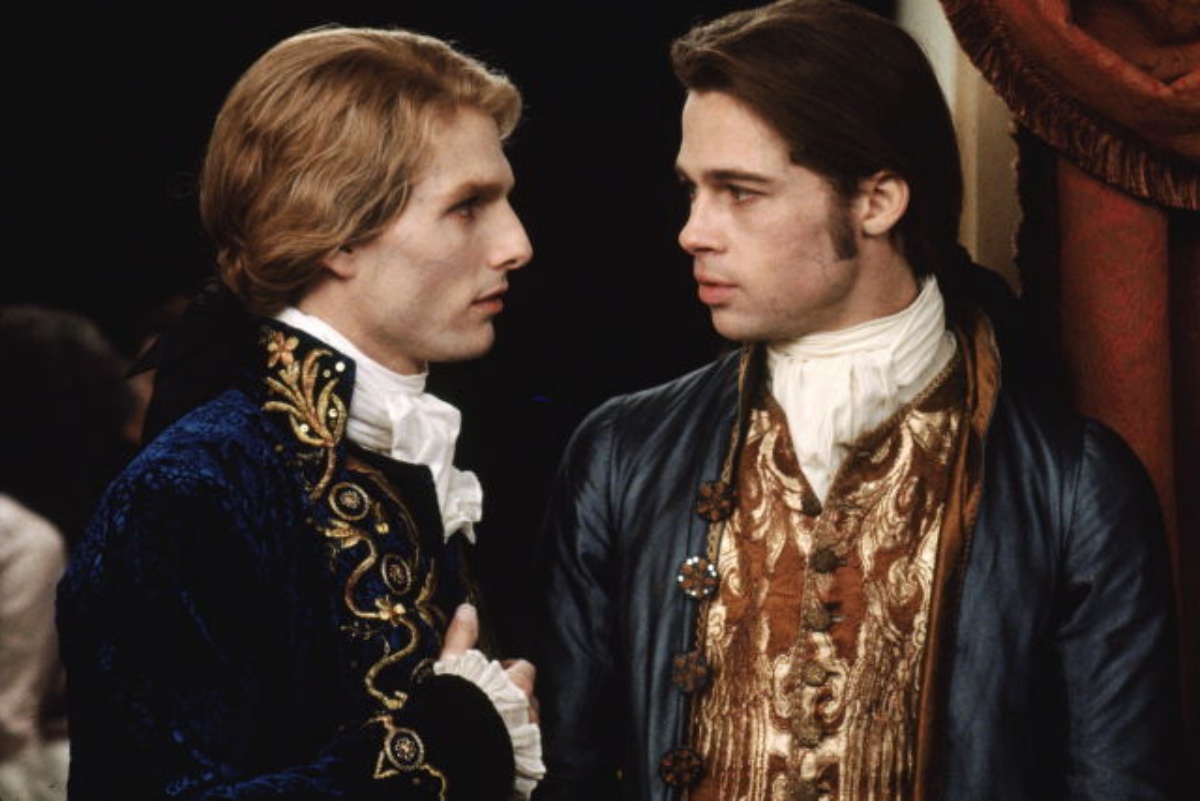 Vampires are back, baby! 2019 may be crappy thus far, but at least another vampire renaissance brewing in the distance regarding two beloved franchises: The Lost Boys and The Vampire Chronicles.

First the news about The Lost Boys, according to Deadline: The CW’s The Lost Boys pilot has cast most of its leads with Tyler Posey and Kiele Sanchez tapped for two of the positions, which is super exciting.

I love Tyler Posey (Teen Wolf) and he’s already played a werewolf, so I appreciate him coming on to the winning side of the vampires (still room for you to be a witch too, Tyler). Catherine Hardwicke is set to direct the pilot and while some people have been shady about her due to the Twilight connection, Hardwicke is still a really great director, knows how to work with a budget, and let’s not forget that she made the best of the Twilight franchise movies anyway so I have faith in her.

Here is what we know so far according to the press release:

“Written by Heather Mitchell, The Lost Boys is set in sunny seaside Santa Carla, home to a beautiful boardwalk, all the cotton candy you can eat…and a secret underworld of vampires. After the sudden death of their father, brothers Michael (Posey) and Sam Emerson move to Santa Carla with their mother, Lucy (Sanchez), who hopes to start anew in the town where she grew up. But the brothers soon find themselves being drawn deeper and deeper into the seductive world of Santa Carla’s eternally beautiful and youthful undead…”

Crossing my fingers for the gay.

Speaking of, The Vampire Chronicles also has big news in that they have found their showrunner in Dee Johnson. As announced on Christopher Rice’s Facebook :

“Today, I’m thrilled to tell you that after an exhaustive search, we’ve joined forces with the perfect showrunner, a woman of vast experience and impeccable professionalism who brings with her a deep respect for the material,” Rice wrote. “Say hello to Dee Johnson. Dee is a wildly talented and versatile writer/producer whose credits range from critically acclaimed dramas like BOSS, to network hits like NASHVILLE, to the world-building, science-fiction odyssey, MARS. An openly gay woman of color, during her extensive years on name brand shows like E.R. and THE GOOD WIFE, Dee championed the representation of minority characters, marrying diversity to smart and compelling drama and delivering it to millions of homes around the world.”

Johnson was also behind Rizzoli & Isles, so she knows how to craft queer subtext and that is super-important for something like The Vampire Chronicles, especially in the beginning, since so much of the Louis/Lestat dynamic is such a huge draw for so many fans.

I am thrilled to see a gay woman of color behind the show, in addition to Christopher Rice, who is gay himself, as an executive producer. What is also interesting is that the show is supposedly going to start with adapting The Vampire Lestat, the second book in Rice’s series, rather than Interview.

Whoever is cast at Lestat will set the tone for the series and I’m dying to see who it is. I’m hoping they go for an unknown person or Ezra Miller. Ezra Miller only because I think he has the fashion and haughty persona for the role. Will he look good blond? We can hope. Who would you cast?