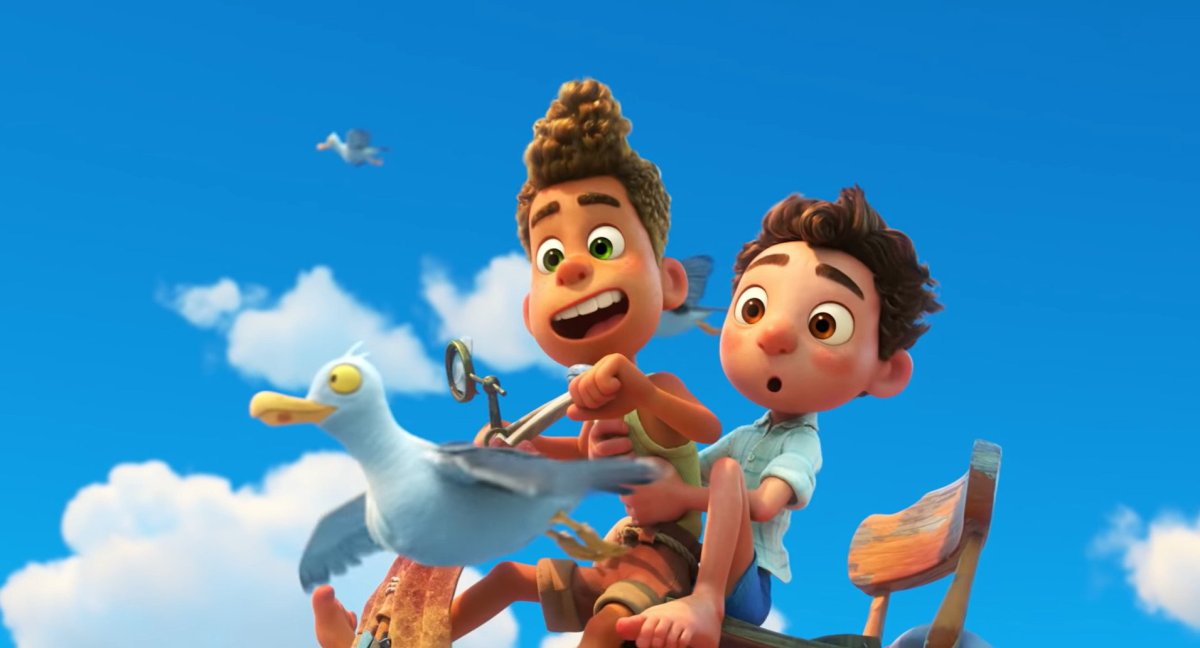 We’re still in the depths of winter in most of the U.S., but thanks to the new teaser trailer from Disney and Pixar for Luca, we’re getting a gorgeous blast of summer. But just a sweet summer of friendship doesn’t seem like enough story for a full animated feature.

That’s right, Luca and his bestie Alberto are … merpeople?! Or, apparently, sea monsters? This is not what I was expecting, but I love it. Now, I was confused as to why the movie was called Luca, not Luca and Alberto, but according to the official summary, the two boys are new friends who I guess met in the sea and then decided to have a fun summer on the Italian coast. I would like to do that, too …

Set in a beautiful seaside town on the Italian Riviera, Disney and Pixar’s original feature film “Luca” is a coming-of-age story about one young boy experiencing an unforgettable summer filled with gelato, pasta and endless scooter rides. Luca shares these adventures with his newfound best friend, but all the fun is threatened by a deeply-held secret: they are sea monsters from another world just below the water’s surface.

Now, since this trailer debuted, “Call Me By Your Name” has periodically been trending on Twitter, and the comparison is pretty fair, I guess. While there’s no age difference issue between Luca and Alberto, two boys making a special connection in Italy over the summer is comparable to the far more adult indie darling.

The thing is though that we probably won’t see a romance between Luca and Alberto (I would imagine that if Disney were planning to go there, they would be shouting this from the rooftops) and that’s a bit of a shame. Superficial comparisons aside, I think it’s actually really telling that everyone saw this sweet trailer and thought “oh yes of course these boys will fall in love.” Even if that was never the intention, the expectation and comparison are now there, and when Luca and Alberto are just friends or one of them falls for the human girl and fellow “underdog” Giulia, it will inevitably be a bit disappointing for those of us who really do want this little movie to be as queer as we assume.

All that aside, Luca looks charming and whimsical and lovely. I’m very excited to see it when it hits … whatever platform or location is safe for movies this summer. Until then, I’ll be dreaming of swimming in Italy.