5 Tips on Surviving Our Impending Alien Attack, From The Thing | The Mary Sue

5 Tips on Surviving Our Impending Killer Alien Attack, From The Thing

Not being a sexist pos could save your life! 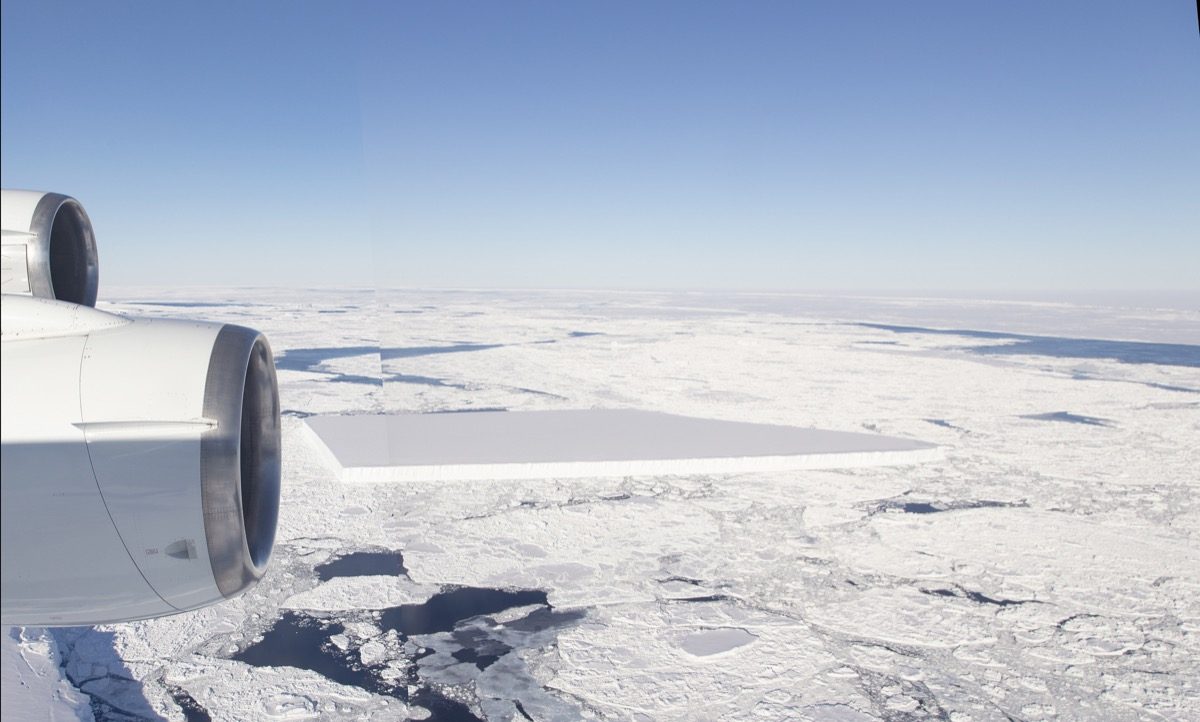 It’s nearly impossible to keep up with 2018’s terrible news cycle. Transgender Americans’ human rights are at risk (still), a domestic terrorist sent bombs to numerous people, another anti-Semitic terrorist murdered 11 Jewish people, an authoritarian homophobe won Brazil’s presidential election, the Earth is dying, and that doesn’t even begin to summarize the chaotic news in the last month.

Even if we narrow down our news sleuthing to scientific discoveries, things have been eventful, to say the least. While we might have been momentarily distracted by a new Marvel-inspired constellation—and the fact that longtime space stan Chris Evans might be moonlighting as a constellation name-generating intern at NASA—we’re more interested (and a little worried) about some John Carpenter-related science news in Antarctica. That’s right: A strange iceberg was found at the Antarctic peninsula.

According to NPR, NASA’s IceBridge research aircraft captured an image of a rectangular iceberg the had calved from the Antarctic ice sheet. Amid its regular survey route to collect information on how the poles impact climate change, the aircraft snapped the perfectly sculpted iceberg.

From yesterday’s #IceBridge flight: A tabular iceberg can be seen on the right, floating among sea ice just off of the Larsen C ice shelf. The iceberg’s sharp angles and flat surface indicate that it probably recently calved from the ice shelf. pic.twitter.com/XhgTrf642Z

The glorified ice cube isn’t alone. NASA notes that IceBridge also took some photos of another conspicuously-shaped iceberg. Granted, that triangular iceberg has a bit of a misshapen hypotenuse, but some water erosion could have contributed to its slight curve. Still, it appears this iceberg isn’t the only strange one on the fringes of the ice shelf.

From yesterday’s #IceBridge flight:Triangular iceberg surrounded by many different types of sea ice, off the Larsen ice shelf in the Weddell Sea. In the open water, grease ice is forming. pic.twitter.com/L4WB36bV5H

Beyond the hundreds of tabular icebergs that Ted Scambos, senior research scientist at the National Snow and Ice Date Center, tells Mashable are lurking in the ice shelf, some other familiar news has surfaced in Antarctica. Shortly after IceBridge snapped these peculiar icebergs, news broke that a Russian engineer, Sergei Savitsky, stabbed his college at a Bellingshausen station in the Antarctic, the Telegraph reports. Thankfully, the victim was promptly transported to a hospital in Chile, and Savitsky turned himself in to police.

But, we couldn’t help but notice the real-life parallels between the news headlines in Antarctica and The Thing, and we aren’t the only ones who’ve noticed the connection.

Cue The Thing theme song by Ennio Morricone, and prepare the blood cultures, because this sounds like the pre-prequel to the zoonotic intergalactic parasite. Okay, so a rectangular iceberg doesn’t really follow the quintessential introduction of the thing exactly. According to the fictional Who Goes There universe, the epidemic origin was at a Norwegian research station, and not a Russian station.

Regardless, we can’t help but recognize that we can learn a few lessons from The Thing if we’re ever faced with a shape-shifting alien. These lessons might be rooted in the fictional Antarctic researchers’ missteps, but they’re valuable lessons all the same: 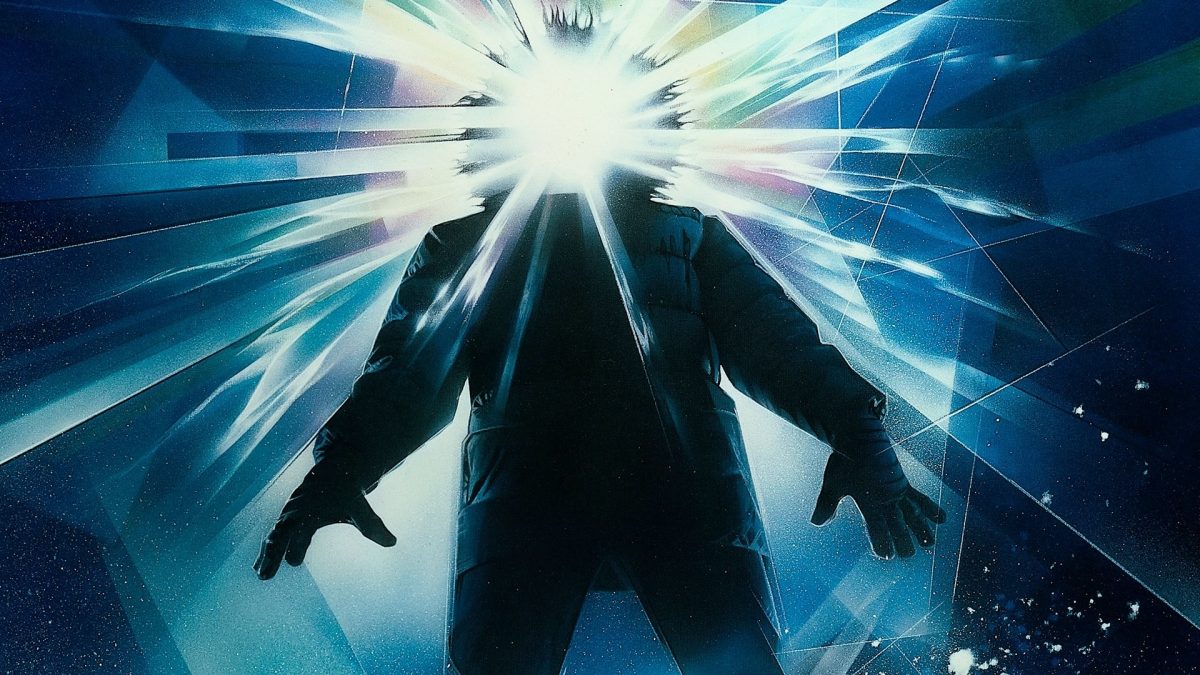 Standard horror movie advice, really. Whether you think you may have encountered a Xenomorph, Deacon, Yautja, Altrusian, or the real thing, don’t ditch your group. Trust us, we get it. Sometimes stuff happens in any extraterrestrial encounter. In fact, it’d be weird if stuff didn’t happen. Even if you spot that rogue thing disguised as a husky that you’ve been tracking down, don’t run off from your party of alien bait.

Essentially, having the trio of researchers visit the dig site while everyone else stayed at the research facility was one of their first mistakes. Though the “let’s split up” trope is cliché, we love it for its reliability. However, most of us like to avoid becoming semi-absorbed alien matter, so stick together so you can keep your eyes on everyone. (It might make bathroom breaks a bit awkward, but we’re talking about hypothetical survival here.)

Although women, especially women of color, are still desperately underrepresented in the sci-fi genre, the few extraterrestrial movies that showcase leading women characters often subject them to sexism from their fellow characters, who flippantly ignore them in spite of the fact that women protagonists in the genre are typically depicted as scholars.

In the prequel, The Thing (2011), half of the lethal mistakes the Norwegian crew makes can be linked back to dismissing Kate Lloyd’s (Mary Elizabeth Winstead) advice. Adam Finch (Eric Christian Olsen) and Dr. Sander Halvorson (Ulrich Thomsen) recruited Kate Lloyd to examine the specimen the crew found because of her expertise in vertebrate paleontology and cold weather excavations, yet Dr. Halvorson started ignoring consultations as soon as she landed in Antarctica.

In fact, Lloyd initially warned against taking a tissue sample of the thing, but Dr. Halvorson apparently didn’t like his ego being questioned, because he went along with the sampling. Seeing as the thing can voluntarily put itself into a cryogenic slumber—which it presumably did before these researchers found it in the glacier—until it can sense a viable host, it might not have burst out of the ice so quickly. After all, the perforation in the ice and the creature likely allowed the thing’s somewhat ambiguous physiology to sense the potential hosts when Jameson (Adewale Akinnuoye-Agbaje) went to check on it, thus waking it from its stasis.

Later in the prequel, Dr. Halvorson’s decisions are obviously compromised by his parasitic counterpart, so we can’t blame him for his misogyny in the latter half. The conflict between Dr. Halvorson, his colleagues, and Lloyd mirrors the actual adversity that many women in STEM field face. However, listening to women in STEM could at least delay alien invasions.

This might seemingly contradict the whole “stick together” plan, but maintaining a single group doesn’t necessarily mean you have to trust every person all the time. A healthy amount of skepticism can keep your survival alliance from transmuting into an alien species.

Don’t even trust a corpse, because the thing uses the host’s body to imitate life on a foreign planet. It just plays dead until it can invade a new host’s cells.

Even if you have to wade through blood tests and subsequently segmented aliens trying to attack and infect you, you might still want to hold off on killing everyone, especially if you see a researcher from another station in a remote area shooting at a husky. We don’t blame Garry (Donald Moffat) for shooting one of the two survivors of the Norwegian station, particularly since one was an accident, and Garry didn’t know if the Norwegian researcher was a threat or not.

However, we all know it would’ve been advantageous to all the researchers and the huskies—minus the imitation husky—to wait to shoot. Or, at least to develop a non-lethal shot.

5. If you do fall prey to an alien, just roll with it

Sure, it might not be a mutually beneficial relationship like Venom and Eddie, but there’s no need to be selfish. The ever-changing creature from another world is just trying to survive, like everyone else. So, if you do become an assimilated host for the thing, just accept it. There might be a lot of downsides to being co-opted by the thing—like having your very DNA swapped out with the creature’s—but you do get the perks of becoming an alien version of a Swiss army knife.

Naturally, the thing isn’t the common zombie of alien species, so it can be hard to anticipate whether you check for fillings and piercings on your friends and coworkers or if you just need to run like any other alien movie. We aren’t suggesting you keep some spare Petri dishes and matches in your pocket, even if a conspicuous iceberg is looming in the fictional landing site of the thing. After all, these suspiciously geometric icebergs obviously don’t house any dormant interstellar life. Probably.

The National Geographic notes that the newly spotted iceberg appears to have perfectly flat planes and 90 degree edges. Although this might seem like they were intentionally crafted this way, oddly perfect shapes appear in natural deposits all the time. From pyrite to galena to calcite, minerals and gemstones commonly form near-perfect angles and definitive geometric shapes on their own, so it isn’t uncommon for an iceberg to form similarly.

Nevertheless, it doesn’t hurt to prepare for an alien invasion as an excuse to rewatch The Thing. Whether it’s an update on the icebergs or the ice shelf itself, hopefully one of these should-be-canon Antarctic-related headlines will fill us in on what the heck happened to Kate Lloyd at the end of the prequel, because we need closure.