The Department of Health and Human Services is trying to erase trans people's protections under Title IX. 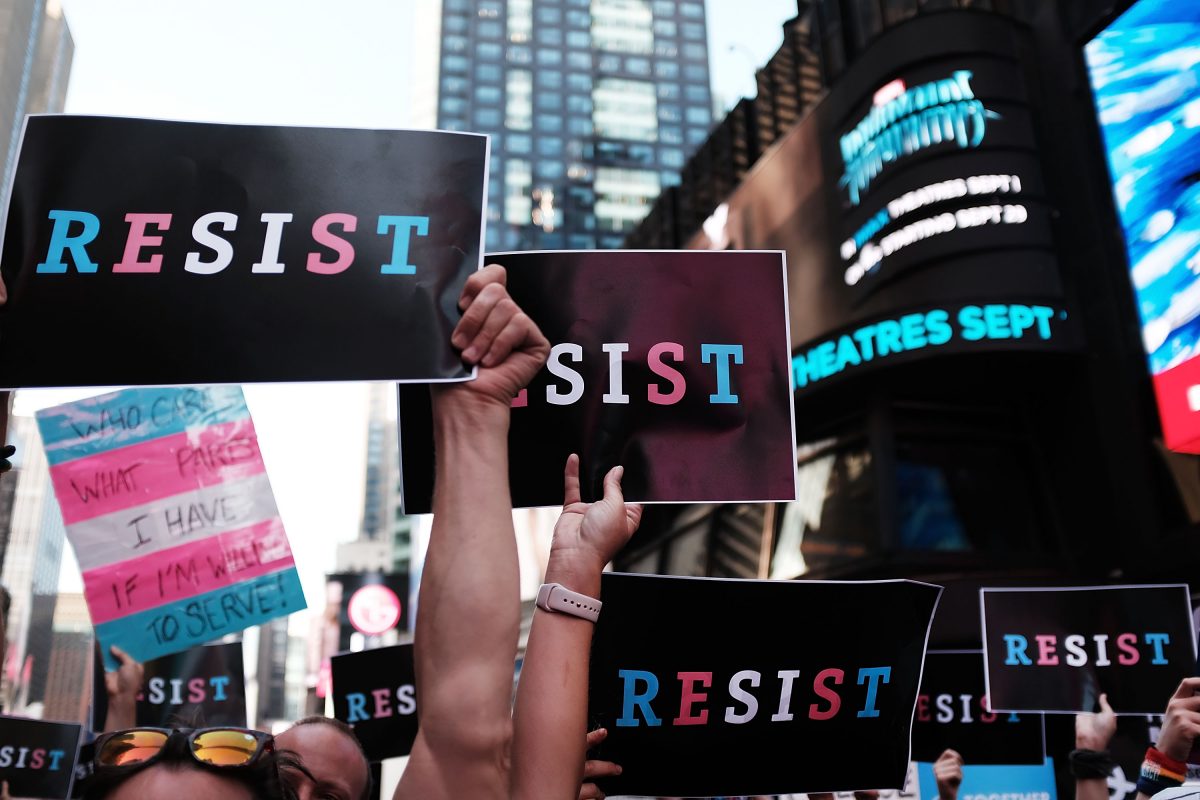 The Trump administration is systematically chipping away at rights and protections for the transgender community. Previously, Trump has proposed a ban on trans people in the military in addition to rolling back Obama era guidelines to protect trans students and trans people in the workplace from discrimination.

Now, the administration is considering a complete overhaul of the legal definitions of sex and gender, aiming to strip the gender identity of the estimated 1.4 million Americans who identify as transgender. The Department of Health and Human Services is trying to establish a legal definition of sex under Title IX, which would make gender a biological, immutable condition determined by a person’s genitalia at birth. The New York Times broke the story:

“The department argued in its memo that key government agencies needed to adopt an explicit and uniform definition of gender as determined ‘on a biological basis that is clear, grounded in science, objective and administrable.’ The agency’s proposed definition would define sex as either male or female, unchangeable, and determined by the genitals that a person is born with, according to a draft reviewed by The Times. Any dispute about one’s sex would have to be clarified using genetic testing.”

Let’s take a step back and consider how we define sex and gender. Once thought to be interchangeable terms, we now recognize sex and gender as two distinct concepts. GLAAD’s media glossary summarizes the difference as such:

The classification of a person as male or female. At birth, infants are assigned a sex, usually based on the appearance of their external anatomy. (This is what is written on the birth certificate.) A person’s sex, however, is actually a combination of bodily characteristics including: chromosomes, hormones, internal and external reproductive organs, and secondary sex characteristics.

The Obama administration adopted a more open concept of gender not limited to a person’s biological sex, which allowed Title IX protections for trans students in federally funded schools. Now, the HHS memo is doing nothing less than legally negating the existence of the transgender identity. If the memo is adopted, it will have far-reaching ramifications for the trans community across all the major departments of the government.

HRC President Chad Griffin issued a statement in response to the memo, saying “Setting a destructive precedent, the Trump-Pence administration intends to erase LGBTQ people from federal civil rights protections and eviscerate enforcement of non-discrimination laws. Defining ‘sex’ in this narrow language tailored to the talking points of anti-equality extremists is part of a deliberate strategy to eliminate federal protections for LGBTQ people. This is a direct attack on the fundamental equality of LGBTQ people and, if this administration refuses to reverse course, Congress must immediately take action by advancing the Equality Act to ensure that LGBTQ people are explicitly protected by our nation’s civil rights laws.”

This directive is nothing more than a callous and calculated attempt to dehumanize trans people and negate their existence. Now might be a good time to triple-check that voter registration and get these monsters out of our government.