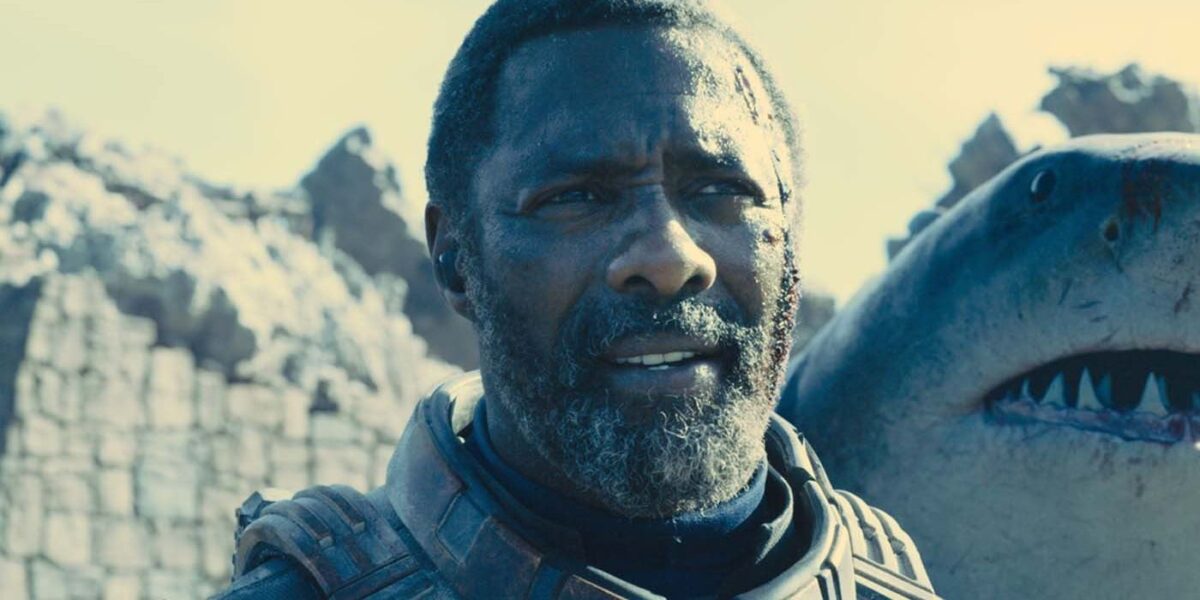 We are gearing up to see The Suicide Squad here in the next few months, and for the first time in a really long while, I’m really excited about a DC movie that isn’t just a Wonder Woman film? It’s strange; I grew up in a DC Comics-loving household, but I’ve just been so burned out by everything that went on behind the scenes and the quality of the films we did get that I just lost a lot of that excitement. But then in comes writer/director James Gunn with this wonderful cast of characters, and I honestly can’t wait to see what he does.

In the third trailer for the movie, we got a better look into some of the characters that Amanda Waller has teaming up for her task to take on Project Starfish—something that Peacemaker thinks has to do with a butthole … But the reason this trailer is so cool is because we get a real look at Idris Elba’s character!

Idris Elba as Bloodsport is something that can be so personal, mainly because he falls into my beloved category of “dad trying his best” in fiction. In the latest trailer for James Gunn’s The Suicide Squad, we got a better look at why Bloodsport joined up with the likes of Harley Quinn and the rest of their villainous crew in the first place.

Robert DuBois is the man who tried to kill Superman with a Kryptonite bullet. Serving a jail sentence, Amanda Waller did what she does best and found a way to get what she wanted from Bloodsport: threatening his daughter in order to get him on her team. James Gunn shared a comic panel about Bloodsport and his Kryptonite history to his Twitter account:

This trailer is a better look at Bloodsport, a fun glance into the dynamic of these characters, and did a beautiful job of getting me extremely excited about The Suicide Squad!

Am I going to have to fight that starfish myself for throwing King Shark into a building? Yes, leave him alone!!!! I’m forever going to be worried about the health and wellbeing of one King Shark, and I will never understand it.

I’m excited for this for a lot of reasons. It’s giving me more Margot Robbie as Harley Quinn (the only really good thing about Suicide Squad, to be honest) and bringing back some characters who deserve a second chance like Jai Courtney’s Captain Boomerang. But getting to see Pete Davidson flip out about Weasel? That’s worth the price of admission alone.

The Suicide Squad hits theaters this August 6th, and again, this looks good? Like really good? And maybe it’s because Idris Elba is a good dad just trying to do right by his daughter? Whatever the case may be, this is one we don’t want to miss.