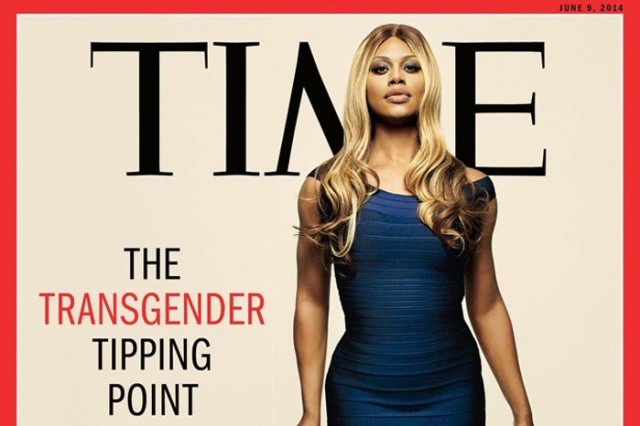 When I hear some positive trans news I have an instinctive mental flinch. It’s rare when news about trans issues is unabashedly positive, I wait for the insensitivity or outright attacks to start. Even when an online article is unabashedly positive—and this is rare—the comment section will be awash with attacks and abuse from cisgender people, straight and gay. Although it’s different here at TMS, generally Internet rule #2473 applies: never read a comment section! Yet I’d be willing to argue that overall, 2014 has been a positive year for trans people, but I’m not saying that without caveats. ROUS-sized caveats, in fact, as the year has had many tragedies, too. This is the TMS state of the trans nation address, highlighting a few of the biggest trans stories of 2014. I know I’ll be missing some of your important stories, so discuss them in the comments below.

A roundup of 2014’s trans news would not possible without including ‘Glamour Woman of the Year’ Laverne Cox. She has been outstanding, both in her on and off screen endeavors. She’s educated people with The T-Word, which showed the experiences of young trans people in the US, and in her TV interview she’s graciously tackled various off-color questions, most famously from Katie Couric. Questions by the mainstream cis media for trans people have improved thanks to her eloquent handling of the topic. She’s outstanding and I adore her, but she’s also unintentionally a problem for other trans women.

Not that she can do anything about it, and nor should she. Laverne Cox is beautiful and passes flawlessly, but very few trans people can pass and not all want to pass. Both cis and trans people shouldn’t hold all trans women to the impossible standard of feminine beauty that that Laverne sets. Next to Laverne I’d look something akin to a twisted mushroom, blinking dazedly in the dark. Possibly drooling slightly. It would be a bad scene so let’s just not go there. Every trans person is unique and we need a high profile spokesperson someday who doesn’t pass—although I doubt that the media will let that happen. 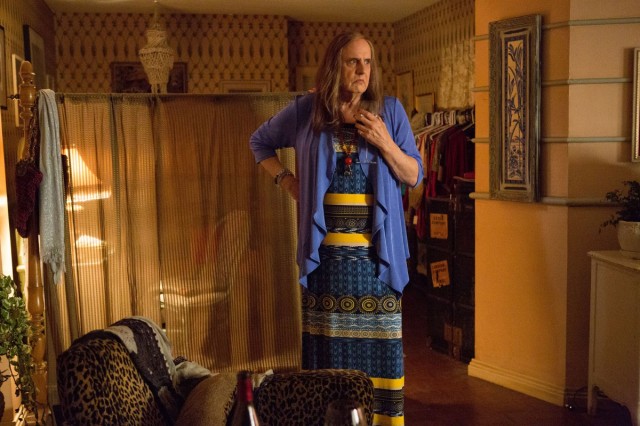 Speaking of passing, the TV series Transparent launched, but I can’t personally comment on that as I’ve avoided seeing it. I’ve been told that overall it’s positive but I’m afraid to watch it. It gets tiresome when you are the butt of so many jokes and abuse and it’s made me shy away from mainstream media’s depiction of transgender people. That goes double when it’s a man playing a transgender woman, like when Jared Leto in the movie Dallas Buyers Club and won an Oscar for an awful, negative portrayal. It was a bad day.

Transparent does have trans male comedian Ian Harvie in it and that’s great. Unfortunately trans man are still darn near invisible in the media, so this initially made me more inclined to give Transparent a try. Then I was told that his character devolved into a series of jokes around “I’m a man with a vag, ho ho ho”. Not cool at all and really disappointing, so I’m still avoiding watching it.

Laverne’s not the only positive role model, however. A few others have emerged, including NY firefighter Brooke Guinan, who looks awesomely badass! Other highlights include Janet Mock, Laura Jane Grace, Lana Wachowski, and Erika Ervin. Lana Wachowski was awarded the Illinois Freedom Award this year and alongside her brother was to release Jupiter Rising, but that was pushed back into 2015. Janet Mock in particular was also great— her book Redefining Realness is a good read and she’s become a contributing editor at Marie Claire. She also made Piers Morgan look like a fool—well, more of a fool than usual, I mean—so that was good.

A lot more people have slipped by probably unnoticed. For example, Tamara Lusardi won her case against the US Army, who had been deliberately misgendering her and had barred her from the correct bathroom for four years. The focus by some people on the ‘transgender bathroom debate’ is ridiculous, not because it isn’t important but because mainstream media are looking at the issue from the wrong angle. You will hear ‘Trans women are a danger to women in the bathroom!’, but this is like believing in creationism. You can believe in it if you really want to, but you’re factually wrong.

Trans people are still barred from the military in the US, but the good news is that even in this long standing wall, cracks emerged in 2014. The US isn’t the only offender when it comes to denying trans people, though; in the UK, even if you are happily married, the law says you must divorce before a doctor will prescribe HRT to you (but I been told by the UK Ministry of Justice that they will be changing this shortly). A lot of medical hoops still exist—you still need to have expensive and life threatening surgery in many countries before the government will change the gender on your ID markers, that includes a lot of Europe, Canada and the USA.

Some positive news in the US, however: many health care insurance companies had to start covering transgender healthcare. This is massive in a country where healthcare is not free and a lot of trans people are toward the bottom of the income bracket due to prejudice. This one change alone has probably saved the lives of countless trans people, who have a suicide rate of ten times the national average. It really is something to celebrate, even for me looking on from Canada where care is mostly covered.

If you’re trans and get in trouble with the police, you have a one in three chance of getting abused while in police custody, and trans people in jail are often put in with inmates of the opposite gender. This happened to Avery Edison back in February this year. She was detained by the Canadian border services agency and locked up with men. Imagine being a trans woman and thrown in jail with a bunch of men—the results are more often than not horrific, as transgender women in men’s prisons are 13 times more likely to be sexually abused as other inmates. CeCe McDonald was released from prison back in January this year, and was lucky to survive as she’d spent 19 months in a Minnesotan men-only prison.

Globally since 2008 until March 2014, over 1509 trans people have been murdered because they were trans. In 2014, 238 trans people were murdered because they were trans, 16 of those in the US. O>nly the state of California has barred what’s called the ‘panic defense’—in many places men are still getting away with murdering trans women thanks to a bias judicial system. The UK, Australia and New Zealand have barred this as a defense. Four American trans women were murdered in June 2014 alone (they were all WOC as well), and another murder occurred in October a by US Marine in Thailand. A campaign in Thailand has finally led to a court case. Race and gender are still huge issues even within transgender groups.

Language awareness made huge leaps this year, the term ‘cisgender’ entered the mainstream lexicon and cis people pushed back against this ‘labeling’ because for once it was them getting a label. It became the year that calling someone a tr**ny was recognized as abusive, at last. The word hasn’t gone down without a fight though, as people from different backgrounds and ages have argued over owning the term. This came to a head when RuPaul aggressively defended his use of the word. It started a large, and occasionally vitriolic, debate between drag performers and trans people. A death threat video was made by a prominent drag performer which targeted a trans writer, though after the backlash it was claimed the threat wasn’t serious. Here’s a clue; death threats are always serious to the person receiving them.

What it comes down to is this: if someone who is transgender calls themselves a tra**y, that is OK, but it’s not OK for anyone else to do this. This happens all the time within social groupings, so it’s no different for trans people. I read a lot of cis people saying ‘I didn’t know that term was offensive!’ Well OK, language changes all the time, but now you know so please don’t use it. Various people threw this term as Michelle Obama this year, because the right wing, racists and transphobes thought it was both insulting and funny. I think it would be utterly awesome if it were true that Michelle Obama was transgender, but it’s not. She seems like an awesome and highly intelligent cis woman.

With trans issues it really seems to be two steps forward, one to the side, and a step back. We’ve had a good year and I hope allies keeps being supportive and helping push forward rights for trans people until we have the same rights as everyone else. Not more rights than others. Not a higher privilege than others. Trans people just want the same rights as everyone else*. We’re not there yet, the dance continues, and I’m looking forward to an even better 2015.

*Some of us may want to dominate the world, possibly with a sparkly Infinity Gauntlet, but that could just be me.

[Editor’s Note: This piece was written before yesterday’s heartbreaking news of Leelah Alcorn’s death—something that was, even more tragically, not a statistical anomaly amongst trans youth. If you or someone you know is struggling, please check out The Trevor Project, Trans Lifelife, and ImAlive. The National Suicide Prevention Hotline is 1-800-273-8255. In honor of Leelah’s final wishes, here are some charities you can consider supporting: TransYouth Family Allies, The Jim Collins Foundation, The National Center for Transgender Equality, The Sylvia Rivera Law Project, The Transgender Law Center, and The Transgender Housing Network.]

Marcy (@marcyjcook) is an immigrant trans woman and writer. This includes Transcanuck.com, a website dedicated to informing and helping trans Canadians. She also has a nerd job, too many cats, is a part time volunteer sex educator and has an ongoing sordid love affair with LEGO. Those last two are not related… probably.