The Spirit of the Black Panther Now Lives Among the Heroes 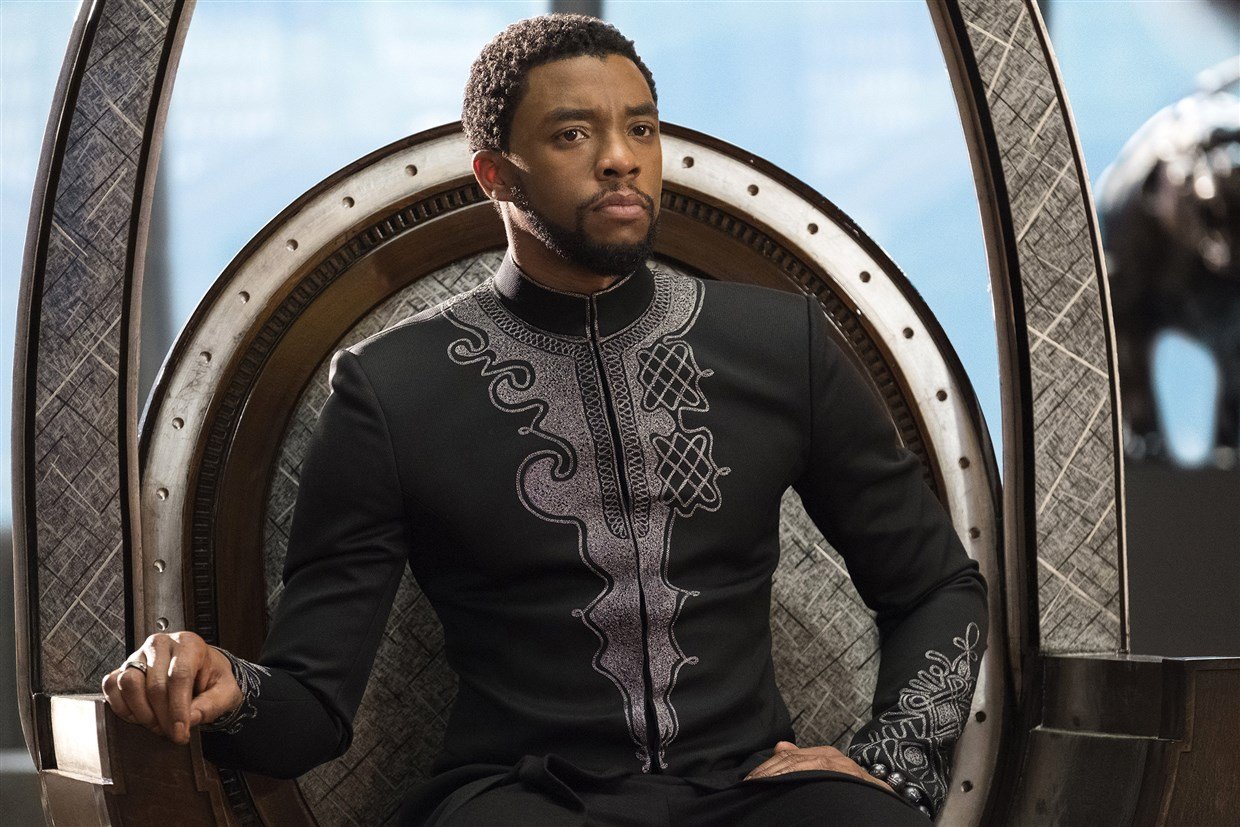 Many people play heroes, but few of them are able to bear the weight and responsibility of that title. Chadwick Boseman did.

News of the actor’s passing over the weekend came suddenly to almost everyone. I remember seeing the alert on my phone and thinking it was some cruel prank, before slowly realizing that it was real. Our hero, our King had passed on.

I cannot even begin to craft words of sorrow more meaningful than those of his family, friends, and Marvel co-workers, but I know that the reverberations of his loss have been felt on all of us Black folk who took joy and nourishment from what Black Panther provided for us.

Depictions of Black superheroes in media are rare, so each one is precious—so much so that even my family members who don’t regularly watch that content still attach themselves to movies like the Blade trilogy because it gave us a chance to see ourselves onscreen as heroes.

Black Panther was special because of the unifying role it played to many Black people across the diaspora. It had a cast and crew made up of all of us: Black American, Afro-Caribbean, and African from the United States, the United Kingdom, and the motherland itself. It felt like a homecoming, which is why so many of us dressed up and went to see it so many times in a row. I saw it four times in theaters—the most times for me of any comic book movie since the first Avengers.

Each time, I found something new to cry about because the movie spoke to me on levels that I had never really thought about. I had pride in my Blackness, but that Africanness within me was something I so rarely saw celebrated. Black Panther celebrated it in a way that made my heart swell in a new way.

You could tell that it was being made, at its heart, for Black people, and that it was a responsibility that everyone knew—especially Chadwick Boseman. T’Challa’s quiet strength is an important part of what makes the movie work. He gave Black boys and men a vision of strength that was not rooted in conquering, but in serving, in loving, and in protecting. T’Challa was a vision of how to be powerful as part of a community and how moving forward means accepting the mistakes of the past, not ignoring them.

I think about the work he put into this movie while sick—his ability to smile and show such love as a character, as a man, despite surgeries and pain. It makes my heart sad to know he was dealing with that in silence. I had the pleasure of meeting Chadwick Boseman, and he was a wonderful person who took the space to speak to everyone and return each smile. That was just who he was. Through the pain, through the hardship, he was just good.

I would recommend, if you haven’t read it already, Ryan Coogler’s tribute to Chadwick Boseman:

In my meeting after watching the film, I asked Nate Moore, one of the producers of the film, about the language. “Did you guys make it up?” Nate replied, “that’s Xhosa, John Kani’s native language. He and Chad decided to do the scene like that on set, and we rolled with it.” I thought to myself. “He just learned lines in another language, that day?” I couldn’t conceive how difficult that must have been, and even though I hadn’t met Chad, I was already in awe of his capacity as actor.

I learned later that there was much conversation over how T’Challa would sound in the film. The decision to have Xhosa be the official language of Wakanda was solidified by Chad, a native of South Carolina, because he was able to learn his lines in Xhosa, there on the spot. He also advocated for his character to speak with an African accent, so that he could present T’Challa to audiences as an African king, whose dialect had not been conquered by the West.

I hope that Christopher Reeve was there to welcome Chadwick Boseman up in the real-life superhero Valhalla, and Boseman is now getting to see how much love he brought into this world. He will never be forgotten.