Look No Further for Your Fun Impeachment Playlist 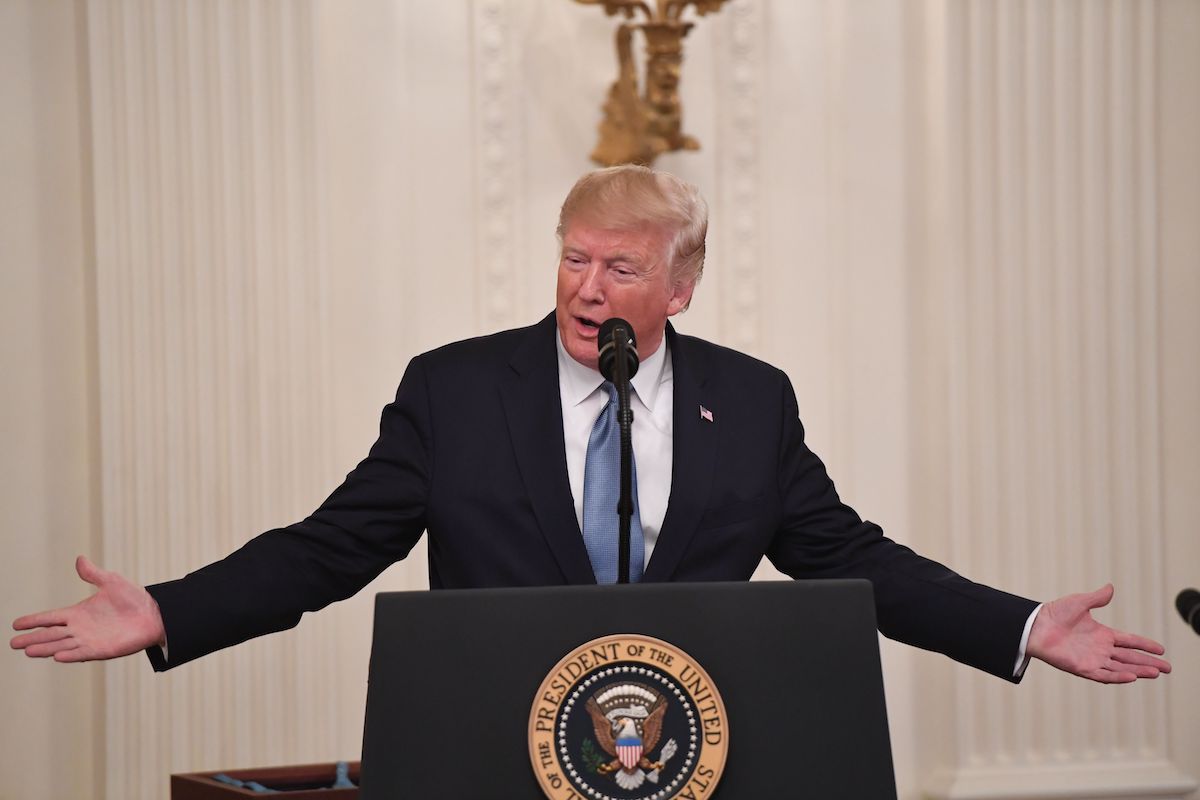 Donald Trump has been impeached (yet the Senate trial still has to happen to see if he’s voted out of office, and that’s got its own obstacles right now), but with that came a wave of happy Americans blasting Miley Cyrus’s “Party in the U.S.A.” throughout the night. But why stop there? There are plenty of other songs to include in our party mix!

To start this party off right, let’s take a trip to Munchkin Land and revel in their jolly tune about the Wicked Ol’ Witch being dead at last.

He loved calling this whole thing a “witch hunt,” so it’s fitting, right? Sure, I know that Trump is technically still in office, but the fact that he is one of three sitting presidents to be impeached? Iconic.

Now, if you want to get ready for those Senate trial feels, here are a few songs to set the mood:

I will say that, once the ruling came in, many of us felt proud of our country for the first time since 2016. Being an American wasn’t cloaked in shame for who was in command, because the Democrats that we put into office made a choice and impeached Trump.

And that makes me proud to stand up and say that I’m an American again.

We get to live and thrive in the knowledge that, at the end of the day, no matter what Trump does, he was, technically, impeached.

And even if he calls it a “hoax,” it actually did happen, and nothing he can tweet out into the universe is going to change that fact.

So, let us all bask in this knowledge and sing our American tunes once more!

Anyway, I hope that this plays every time Donald Trump walks into a room from now on.

And finally, an old favorite:

If you have any other impeachment songs, let us know in the comments below! We’re just all here to bask in a small victory, even if we still have a journey ahead of us.