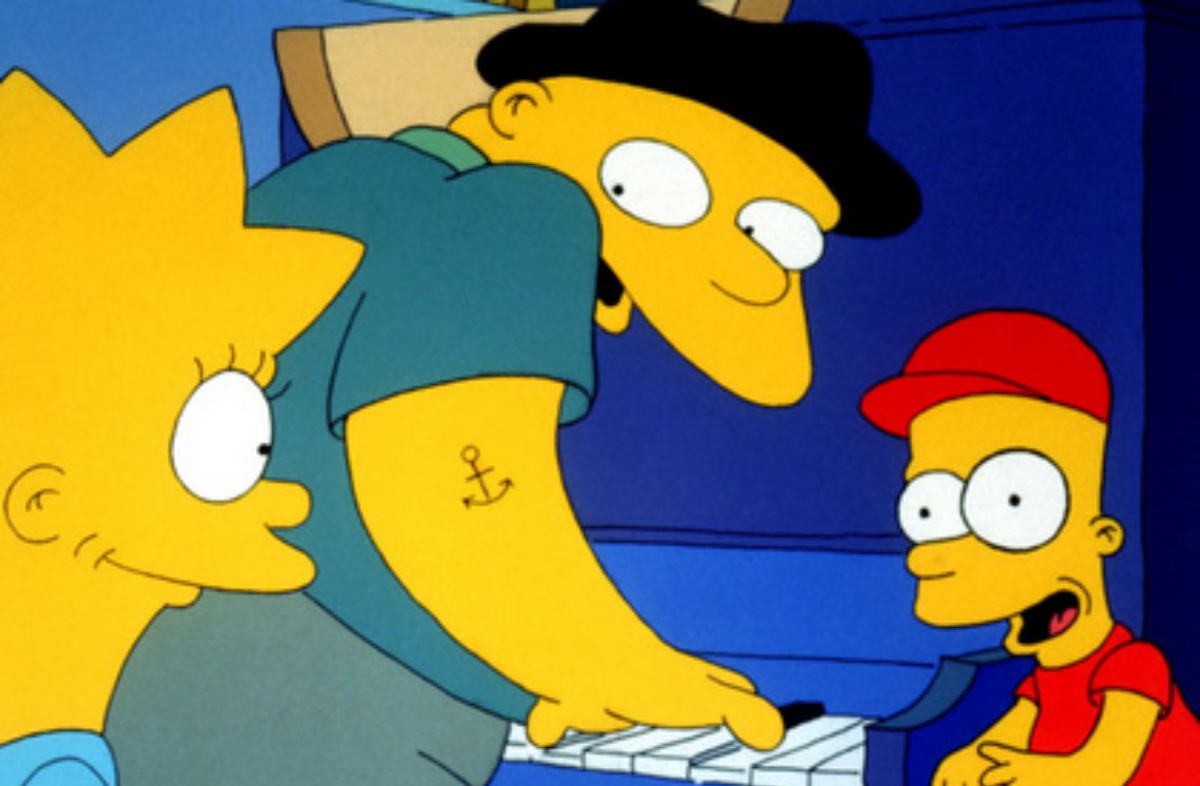 The Simpsons is no stranger to have really epic guest stars on its program, yet for decades it has been speculated if Michael Jackson actually appeared in the 1991 episode “Stark Raving Dad.”

“Stark Raving Dad” starts off with Mr. Burns thinking that Homer is a “free-thinking anarchist” (I’m sure that idea makes Ted Cruz weep) and sent to a mental institution, where he meets a white man named Leon Kompowsky who pretends to be Michael Jackson. Due to contractual reasons, in the episode, “Kompowsky” is credited as John Jay Smith, which is clearly a made up name.

The side story is that Bart always forgets Lisa’s birthday (what a boob) and really wants to make sure that he does right by his sister this year. Of course, he forgets because when Homer brings “Michael Jackson” home because Homer doesn’t know who Michael Jackson is. Bart tells the whole town that Michael Jackson is at their house, but when it is a giant Polish white dude, everyone is like “the fuck” and leaves.

Lisa is extra “the fuck” because Bart forgot her birthday again, and the scene is really sad because she breaks into tears after being disappointed by her brother yet again. She writes a dramatic letter to disown him (god I love Lisa she is so extra). But then Bart redeems himself in this scene:

Groening confirmed on The Weekly, according to HuffPo, that Jackson did indeed voice the character after years of back and forth about if that was real or just fan speculation.

The rumours circled every school playground in the 90s – was M.J. on #TheSimpsons? @Briggs ask the man himself, Matt Groening. #TheWeekly pic.twitter.com/8SSxqhKY7i

According to Groening, Jackson was a huge fan of Bart, and “didn’t want credit for, or there was some kind of deal with his record company or whatever. So when it came time to sing the songs, he had a sound-alike singer and he stood there and watched the guy, who was so nervous, who had to sound like Michael Jackson, and then he giggled.”

While this isn’t a huge shock, it’s still pretty cool to have this from the mouth of Groening himself. Plus, this is one of my favorite episodes of The Simpsons because the dynamic between Bart and Lisa really plays well. Lisa coming up to Bart saying “she’s afraid to ask” if he remembered her birthday or not just makes me so upset. Yet, Bart trying to make amends is a reminder that despite being a bit of an asshole, he’s not a scumbag and really does love his little sister.

Well, that’s one theory confirmed, let us know what are some of your favorite Simpsons moments/theories down below!