Spoiler Alert: It's not a great take 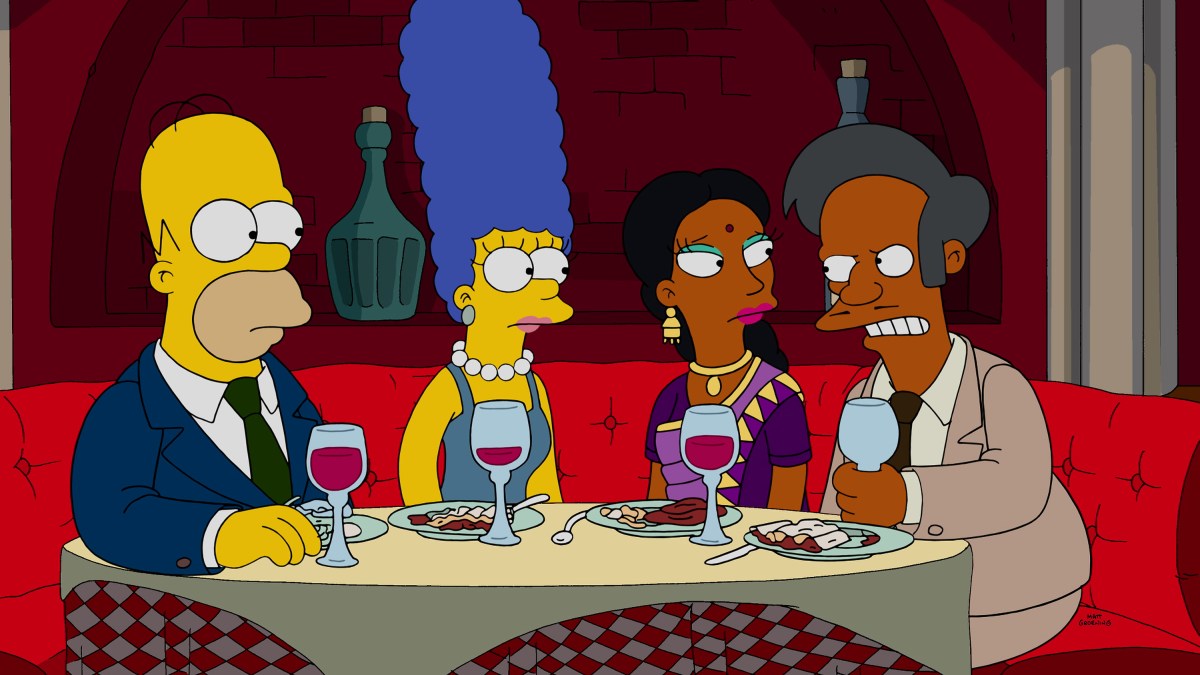 The Simpsons have come under fire recently for their response (or lack thereof) to criticisms regarding their treatment of Kwik-E-Mart owner/problematic stereotype Apu Nahasapeemapetilon. Now, creator Matt Groening is breaking his silence with a statement that is the verbal equivalent of repeatedly stepping on a rake.

In a new interview with USA Today, Groening discusses the series upcoming 636th episode, which will surpass Gunsmoke as the most episodes of a scripted prime-time series ever. When asked if he had any thoughts on the Apu controversy Groening responded, “Not really. I’m proud of what we do on the show. And I think it’s a time in our culture where people love to pretend they’re offended.” When pressed if the show would follow up its unsatisfying statement in a previous episode, he said, “We’ll let the show speak for itself.”

Le sigh. This is yet another in a long line of unsatisfactory responses from The Simpsons creators, which stem from the 2017 release of comedian Hari Kondabolu’s The Problem With Apu which featured several Indian and Indian-American actors discussing Apu and the issue of cultural representation. Instead of thoughtfully responding, the writers grew defensive, which culminated in a widely panned episode that featured Lisa responding directly to camera saying, “Something that started decades ago and was applauded and inoffensive, is now politically incorrect. What can you do?” This was followed by Lisa and Marge saying that the issue would be addressed later, if at all.

The half-baked response was met with criticism, including our own, especially at the show’s manipulative use of fan favorite Lisa to espouse such a weak and out of character response. In an interview on The Late Show with Stephen Colbert , Hank Azaria, who voices Apu and many other characters, said the following:

“I’ve given this a lot of thought, really a lot of thought, and as I say my eyes have been opened, and I think the most important thing is that we have to listen to South Asian people in this country when they talk about what they think and how they feel about this character, and their American experience of it has been, and as you know, in television terms, listening to voices means inclusion in the writers room.

I really wanna see Indian, South Asian writers in the room, not in a token way, but genuinely informing whatever new direction this character may take — including, how it is voiced or not voiced. I’m perfectly willing and happy to step aside, or help transition it into something new. I really hope that’s what The Simpsons does, it not only makes sense, but it just feels like the right thing to do to me.”

In response to Azaria’s thoughtful statement, Groening’s complaint about outrage culture feels disconnected and out of touch. He joins many comedians of his generation who would rather criticize “political correctness” than come to terms with the offensive nature of their work. Yes, comedy is subjective and anyone can say whatever they want, but freedom of speech is a two-way street. You simply can’t demand the right to say whatever you please and then act all offended when you’re called out for archaic and offensive material. This response to any criticism or questioning is meant to be bold and edgy, but merely comes off as defensive and arrogant. With all the time these (mostly) white male comedians spend punching down, they could be creating new material that better reflects the current cultural landscape. Until that time, it seems like they’ll just keep stepping on rakes.