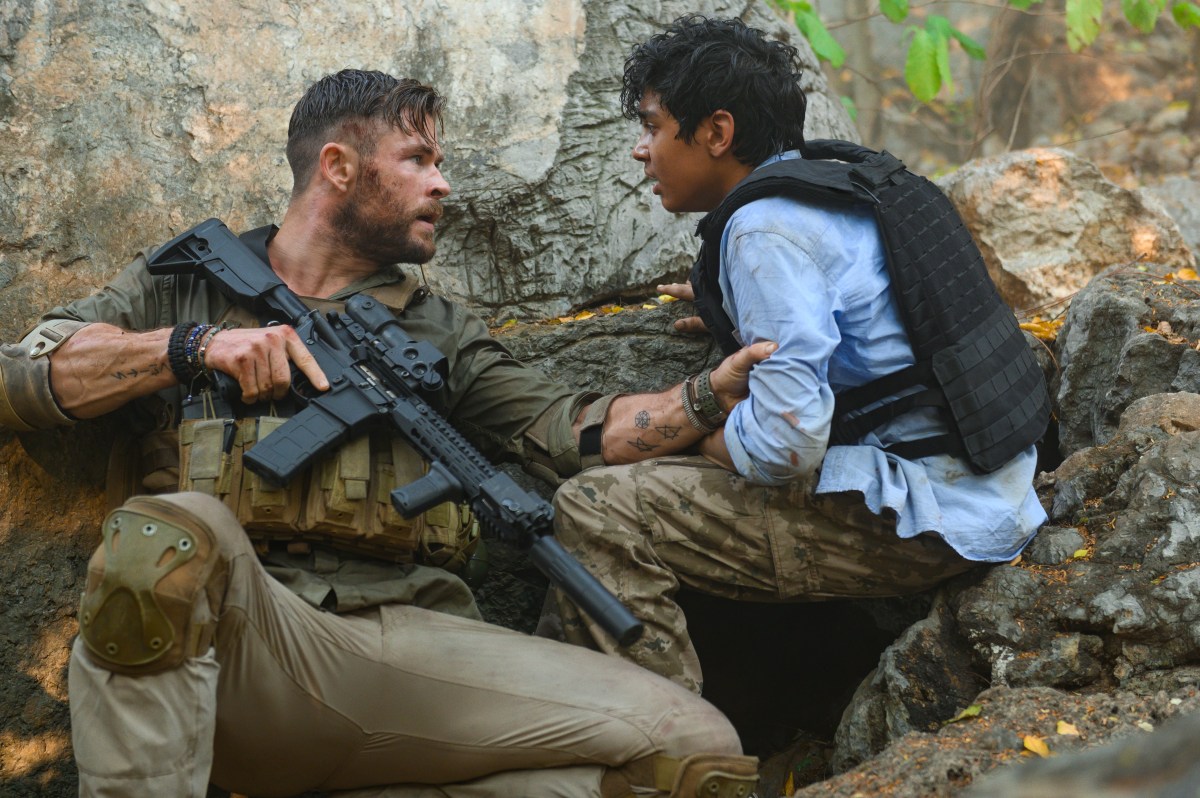 If you told me that Chris Hemsworth was genetically engineered in a lab to be the ultimate movie star, I would believe you. He is handsome, charismatic, funny, and can (gasp!) actually act. In a time when the value of the movie star is waning and intellectual property rules the box office, Hemsworth is almost a throwback to an era where a well-known name was enough to sell a feature film.

Which brings us to his latest film Extraction, which premiered last night on Netflix. The film sees Hemsworth reteaming with the Joe and Anthony Russo, the writer/director brothers behind Avengers: Infinity War and Endgame. Hemsworth plays Tyler Rake, a black ops mercenary soldier who is hired to rescue Ovi (Rudhraksh Jaiswal), the teen son of a drug lord (Pankaj Tripathi) who is kidnapped by a rival drug lord in Dhaka, Bangladesh.

The film is based on the comic Ciudad by Ande Parks, Joe Russo, and Anthony Russo. Extraction was written by Joe Russo and directed by Sam Hargrave, the stunt coordinator for Captain America: Civil War and Avengers: Endgame. And its in the stunts and the action work where the film truly excels. Hemsworth brawls and shoots his way through a series of bloody gun fights, fist fights, car chases, and other action set pieces, including a 12 minute chase scene designed to look like a single take.

For action fans, the film delivers solid, nearly non-stop fight sequences that are satisfying to watch. But in every other aspect, the film struggles to distinguish itself from a host of action movie cliches. Hemsworth’s tortured mercenary is given a backstory as generic as his name “Tyler Rake”, and the film leaves no cliche unturned. A tough as nails hero with nothing to lose? Check. A sinister drug lord whose cruelty is on display via his shockingly casual attitude towards violence? Check.

Ever since the runaway success of John Wick, plenty of action films have struggled to copy its sleek plot and relentless action. But John Wick had style, pathos, and effective world-building that Extraction lacks. At the end of the day, Extraction feels like watching a Twitch stream of Call of Duty.

This isn’t to say that the film isn’t engaging and highly watchable: it absolutely is. It just lacks the charisma and winking humor of a film like John Wick, and fails to capitalize on any of Hemsworth’s skill set outside of his action chops. And it’s a shame, because Hemsworth is at his best in films like Ghostbusters: Answer the Call and Thor: Ragnarok, which capitalize on his goofy humor and charm.

Instead, Extraction offers a serviceable but entirely unremarkable violent ride that, while engaging, will be unlikely to garner a re-watch. Oh well, at least there’s Thor: Love and Thunder to look forward to.