The Razzies Stand Accused of Being Rigged, Proving That Nothing in Hollywood is Sacred 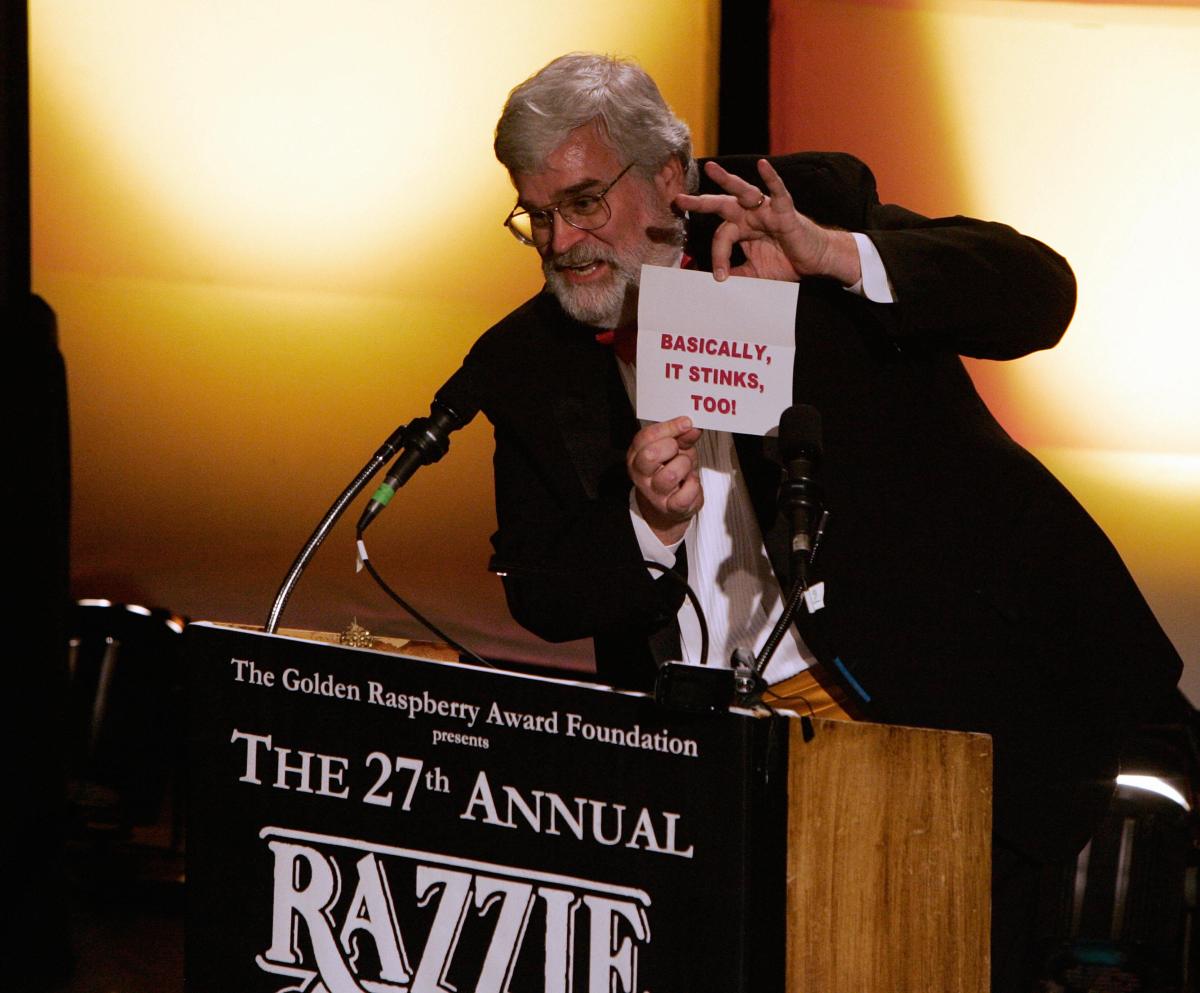 The Golden Raspberry Awards, known as the Razzies, has become an irreverent staple of awards season. The Razzies celebrate the worst in film, awarding prizes to Worst Film, Worst Actor, etc. and are largely considered to be goofy harmless fun, but recent accusations suggest that these raspberries may be far from golden. They may in fact be (wait for it) RIGGED!

Outrage! Scandalamity! If we can’t trust our most sacred institutions like the Razzies, what pray tell could be next?! Our very government and election process?! I, for one, blame Russia.

The drama began when The Hollywood Reporter received an anonymous tip from a Razzie voter, who sent along a PDF of the voting results. the source laid the blame squarely at the feet of Razzies founder John Wilson saying, “The guy who runs the Razzies left the ballot results open after the voting ended … clearly [co-founder] John Wilson just picks whatever he wants. Razzie voters are paying members who expect some sort of integrity in the voting process.”

The source complained that Wilson was allegedly meddling with the results of the preliminaries, and instead choosing whoever he wanted for the categories. The source claimed that Fifty Shades Freed, which received the most votes in the Remake, Rip-Off or Sequel category, failed to make the final cut. Furthermore, the source claims that Jamie Dornan (Fifty Shades Freed) and Kevin Spacey (Billionaire Boys Club) earned enough votes for Worst Actor, but were bumped in favor of Bruce Willis (Death Wish) and Johnny Depp (Sherlock Gnomes).

To become a voting member of the Razzies is fairly simple, all it requires is dues of $20-40 a month depending on your membership level. Other voters have voiced their concerns in the Razzie forum, taking Wilson to task and writing, “The nominations are fixed by a biased creep with a bitter political agenda who has no shame in stealing $25-40 from voters.”

Wilson, for his part, denies any allegations of vote meddling, and blames member’s ire on some technical issues with the voting page. “We did have technical difficulties about a day or two into the voting, when a safety certificate expired that prevented us from accessing the results. It was resolved at the last moment … We were able to get a final tally that does not agree with what this person was posting. He was very disgruntled and wants to cause us trouble. If that’s his agenda, he is living it out very clearly.”

Will this scandal sink the Razzies or will no one really care except some folks who sunk $30 bucks in a joke awards contest? Does any of this matter to the awards community at large? Let us know your thoughts!