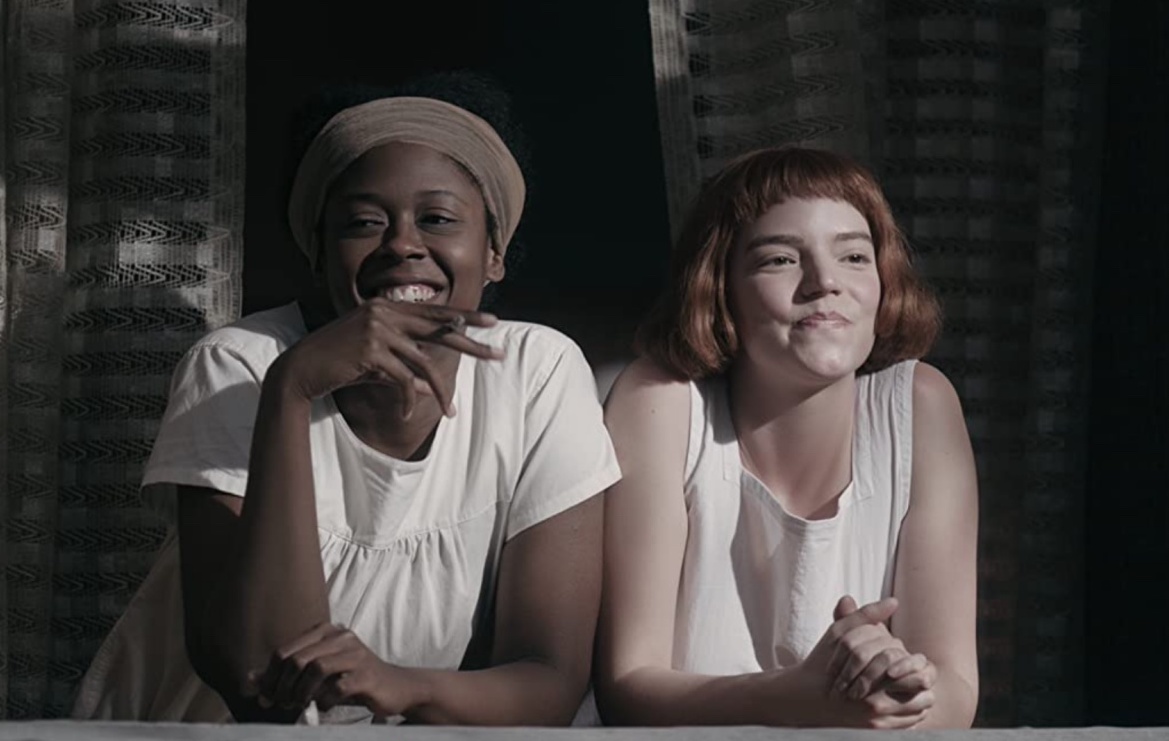 I really enjoyed Netflix’s chess drama The Queen’s Gambit, so much that I’ve watched it twice. However, one of the few things that is deeply jarring to me is the character of Jolene (Moses Ingram), the childhood best friend of the lead character, Beth.

When it comes to prestige television, it has always notoriously leaned towards white male characters, and in the case of The Queen’s Gambit, it has been refreshing to see a series about chess featuring a young, poor woman (who is a little queer-leaning). However, the series is still very white. Beth (Anya Taylor-Joy) gets one break from this sea of white, mostly male bodies in the form of Jolene, her friend from the orphanage where the story began.

Unlike Beth, who is played by two young actresses before transitioning into Taylor-Joy, Jolene is played by Ingram straight through, at all ages. Even though this is probably a practical matter, it automatically adultifies Jolene as she is the oldest girl in their orphanage. This is explained through the fact that Jolene is Black and therefore not a desirable candidate for adoption. Jolene pretty much serves one function throughout the course of the series: helping Beth. It is a function that most characters share throughout the series, but most of them are also given some level of pathos, especially once we enter the chess world.

Jolene appears to help Beth get drugs when she needs it, adoringly calls her “cracker” and makes sure that Beth doesn’t get too into herself. Then, once Beth is adopted, Jolene vanishes until the final episode to help Beth make it to Russia and make sure she goes to the funeral of her mentor.

As the sole Black character, while charming thanks to Ingram, it is just unpleasant to watch Jolene talk like a weird Blaxploitation character in a show that doesn’t touch on race at all outside of her. The world we see of chess is overwhelmingly white, which—as someone who grew up watching old Black men, and old men of all races, in the parks play chess—doesn’t ring true to me, but even putting that aside for a number of reasons, it makes Jolene’s Magical Negro reappearance cringe.

Jolene gives Beth, a character who has not reached out to her in years, thousands of dollars as a “loan” to go to Russia. It is a kind gesture, but it feels so hollow. I wondered why, in the final episode, the reappearance of all of the other supporting dudes in Beth’s life (Harmon’s Boys, as I call them) felt touching in comparison to Jolene. It’s because while all those characters served a place in Beth’s life, they also felt like bigger parts of her life, who made multiple appearances throughout her chess career. Jolene just felt like a nod to a character who had been there with Beth in the beginning.

I think the story wanted to show with her return that Jolene, another underdog, made it after Beth left and had her own story to tell. But it rings false when, onscreen, she feels like a token.