The Queen’s Gambit Offers a Dazzling Look at Female Ambition 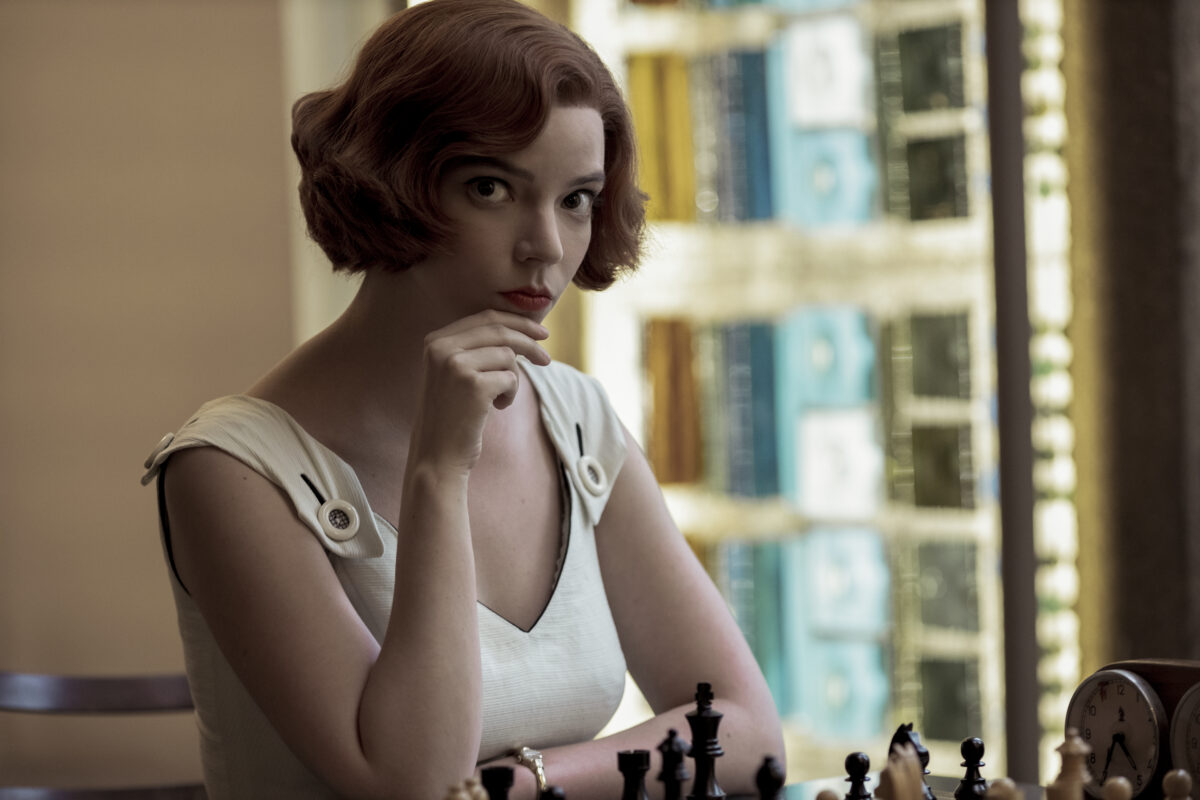 Pop culture is littered with stories of man’s single-minded pursuit of victory. Whether it’s a win on the field or the race track or the ring, there have been countless films and television series about men sacrificing everything for a moment of glory. The same can’t be said for women, who are all too often relegated to the sidelines, bolstering the men in their quest and quietly managing the endless work of everything else outside his purview.

So what a refreshing change of pace it is to meet Beth Harmon (Anya Taylor-Joy, in a star-making performance), an orphan whose single-minded obsession with the game of chess catapults her into international stardom. Based on the novel by Walter Tevis, the Netflix limited series drama The Queen’s Gambit follows Beth’s journey from her tragic childhood in Kentucky to adulthood on the competitive chess circuit.

Abandoned and alone, Beth is left in the care of an orphanage in the late 1950s, which preaches Christian living while subduing their wards with heavy tranquilizers. This sets off a life-long struggle with addiction for Beth, but it also introduces her to her one true passion. When she comes across the orphanage’s janitor Mr. Shaibel (Bill Camp) playing chess, she demands to play as well, and he teaches her the basics of the game.

Shaibel quickly realizes that Beth is a chess prodigy, and sets her on her path to dominate the sport. The series, created by Scott Frank (Out of Sight, Logan) and Allan Scott (The Witches, Don’t Look Now), does the impossible: it makes chess feel thrilling. They wisely don’t try to explain the game to us, but use editing, the score, and Taylor-Joy’s wildly expressive face to turn the strategy board game into a brawl.

Beth is dismissed early on as a girl playing a man’s game, but the series doesn’t dwell on the gender politics for long. Once her fellow players witness her genius in action, they are quick to welcome her into the fold. Beth develops friendships and romances with a few of her fellow players, like state champ Harry Beltik (Harry Melling) and fellow prodigy Benny Watts (Thomas Brodie-Sangster). In a welcome change, the men in Beth’s orbit aren’t jealous or threatened, but fully supportive of her talent. They play the “girlfriend” role to Beth’s relentless chess warrior.

Beth also forms strong relationships with her fellow orphan Jolene (Moses Ingram) and Alma Wheatley (Marielle Heller, best known for directing Can You Ever Forgive Me? and A Beautiful Day in the Neighborhood), the woman who adopts Beth as a young teenager. The supporting cast is uniformly terrific, creating rich, lived-in characters to play off of the enigmatic Beth.

But this is Taylor-Joy’s show from start to finish, a stunning showcase that establishes her as one of the top talents of her generation. Taylor-Joy, who was previously in The Witch and Emma, was just announced as the young Furiosa in the Mad Max: Fury Road prequel. And while I love Charlize Theron in the role, I’m excited to see Taylor-Joy’s wide-eyed intensity unleashed.

The series itself is beautifully shot, with lush cinematography and a high production value that makes each episode feel cinematic. With stylish costuming and an international backdrop, the series offers a dreamy escape from reality at a time when we need it the most. With only a 7 episode run, you won’t want to see the series end.

The Queen’s Gambit may well be the best, most ambitious Netflix original to date. Checkmate, indeed.