Kayleigh McEnany Would Like You to Know That Contrary to All Reports, “the President Does Read” 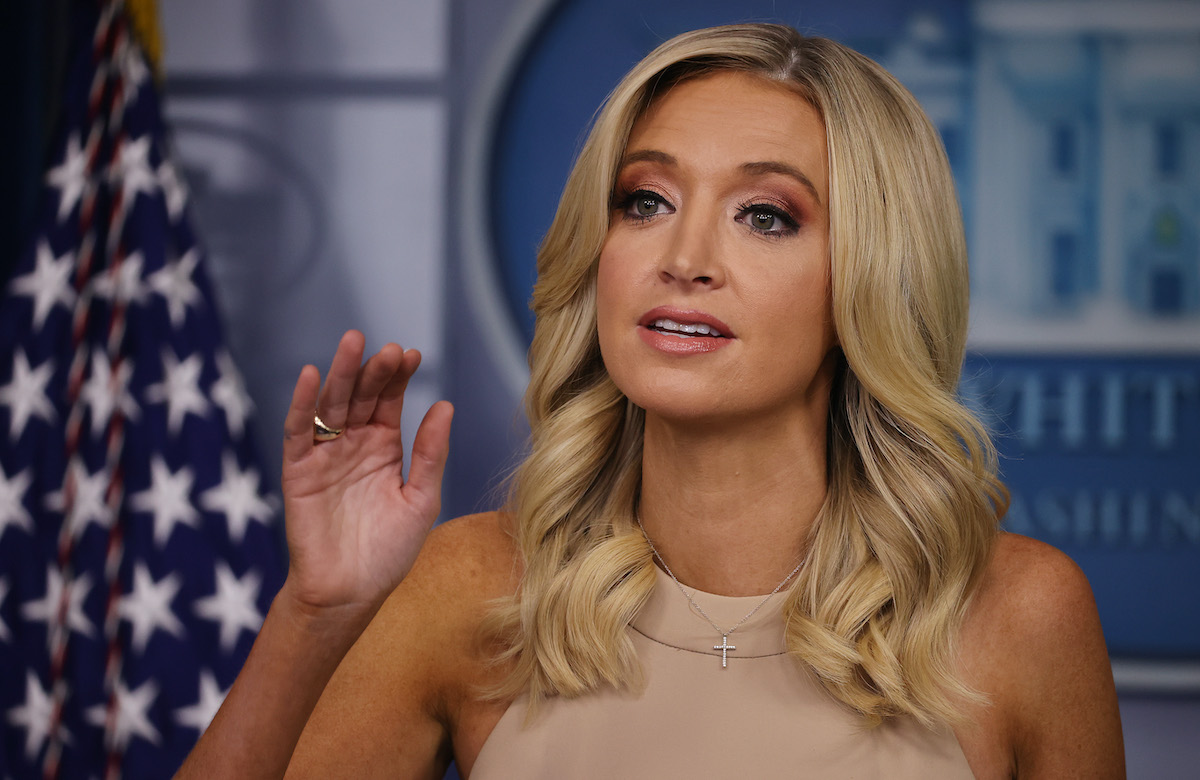 During a press briefing Tuesday, White House Press Secretary Kayleigh McEnany sniped defensively at reporters, telling them, “the president does read.” This is not the kind of thing that tends to need to be said about a person who does, in fact, read.

Back in 2017, Trump himself admitted that he prefers his briefings to be as short as possible, preferably one page or less. “I like bullets or I like as little as possible,” he said at the time.

The more recent report reads, “He is unashamed to interrupt intelligence officers and riff based on tips or gossip he hears” from his friends. Even during oral briefings, his attention span is short and he “rarely absorbs” information he doesn’t like or agree with.

This is troubling at the best of times and downright dangerous. By not receiving or paying attention to his intelligence briefings, he may have missed crucial warnings about–for example–the coronavirus pandemic. There were reportedly multiple warnings about the severity of that situation as early as January. Trump has blamed those briefings for not adequately preparing him to face the virus, but if he refuses to read or listen, that’s on him.

Trump is also blaming inadequate briefings for his lack of knowledge and action regarding reports that a Russian intelligence unit put bounties on forces, including American and British soldiers, in Afghanistan.

White House: He can’t be expected to listen!

White House: He can’t be expected to read!

Trump said that his briefings were inadequate. McEnany tried to say he hadn’t been briefed on the situation at all because there is “no consensus” as to whether the reports are true–contradicting not just Trump but also multiple reports that the subject had been included in the briefings.

Whether the briefings never happened, or they happened and they were inadequate, or they happened and Trump wasn’t paying attention (ding ding!), McEnany only has one job and that’s to defend Donald Trump no matter what and shame the media for criticizing him. (That’s not supposed to be her job, but it is.)

What a quote from WH Press Secretary Kayleigh McEnany: “The president does read…The president is the most informed person on planet Earth when it comes to the threats that we face.”

When you have to clarify that someone “does read,” I think we can conclude that they are not, in fact, “the most informed person on planet Earth.” https://t.co/A0h3hej4Y4

“The president does read” is the new “I am not a crook.”

If you’re reading this tweet, you’ve read more than the president has today.