What Legend of Korra Taught Me About Self-Worth 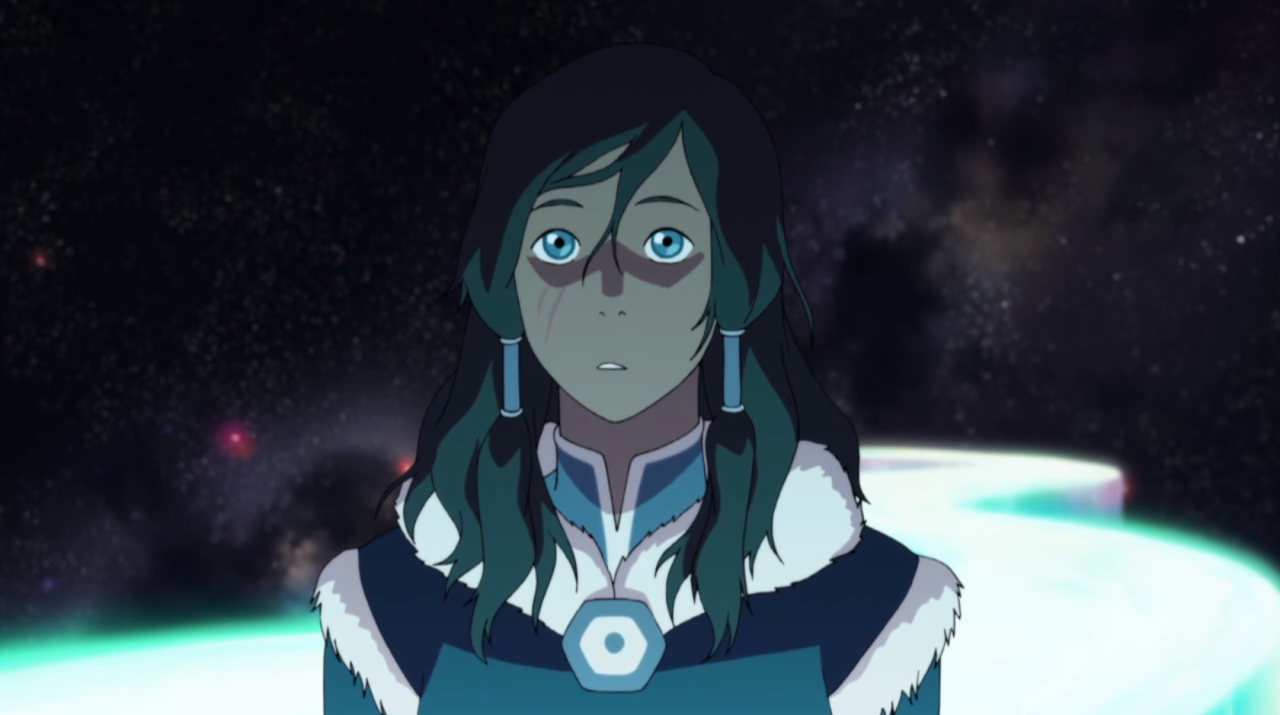 This piece was originally posted on Black Girl Nerds. It has been republished here with permission.

A year after the series finale of Legend of Korra aired, I can’t get Korra out of my mind. As of today, she remains the one fictional female character of color whose personal struggles have mirrored my own.

While some viewers had to warm up to her, I liked and related to her from the beginning. She was hot-headed, prideful, self-pitying, and rebellious in the first two books, and I understood this. I knew that what made her like this was her basing her self-worth on her title as The Avatar and the pressure to live up to the legacy of her Avatar predecessor Aang.

Korra and I are more alike than I am comfortable to admit. I share Korra’s temper, pride, and self-pitying tendencies. While Korra based her self-worth on her title, I based mine on my academic success and then my writing ability. Korra felt pressured to live up to Aang, and I felt pressured to earn a certain parent’s approval and be perfect.

Seeing a woman of color validate my experiences meant more to me than words can express. Before Korra came along, I was unconsciously taught by the media that these kinds of things only happen to white people. I felt so alone until Korra and her spiritual journey told me I wasn’t.

A few nights ago, I had an epiphany about the Legend of Korra episode “Light In The Dark”. This has always been one of my favorite episodes, but I never knew how it could apply to my life until now.

In this episode, Korra is devastated after losing her connection to her past lives and Ravva, her Avatar spirit, to the season’s main villian Unavaatu. Since Ravva is what allows Korra to be the Avatar, Korra feels she is nothing without her and helpless to stop Unavaatu. However, Tenzin takes her to The Tree of Time to unlock a new power.

As the Tree of Time shows Korra’s memories, Tenzin tells Korra that she isn’t defined by Ravva. He adds, “Korra, you have always been strong, unyielding, and fearless. The most powerful thing about you isn’t Ravva, but your own inner spirit.”

By bringing together his own spiritual growth with the story of Wan the first Avatar, Tenzin helps Korra to harness the power of her own spirit. While Korra as a blue giant may have weirded out some viewers, I felt that it represented Korra’s newfound self-worth.
Korra learned to value herself as Korra after saving the world as Korra. She did this after being at what was then her lowest point, and that sparked one of the greatest changes. Korra is more calm and confident, trusting herself enough to leave the spirit portals open and begin a new era.

After going over these events in my mind, I realized that I am not nothing without writing, but writing is nothing without me. Without the honesty, quirkiness, and beauty that make up my inner spirit, words on paper would just be boring sentences and lines.

Even though my spiritual journey is far from over, I am glad to have found my own light in the dark. Korra may not be real, but the lessons from her experiences are. If she has impacted others like me, then she is truly a legend.

Latonya Pennington is a contributing writer for Black Girl Nerds and Afropunk. In the past, she has also done pieces for Atlanta Blackstar, For Harriet, and Buzzfeed. She lives somewhere in the southern United States and spends way too much time listening to music, watching shows online, and reading. Find her onTwitter.