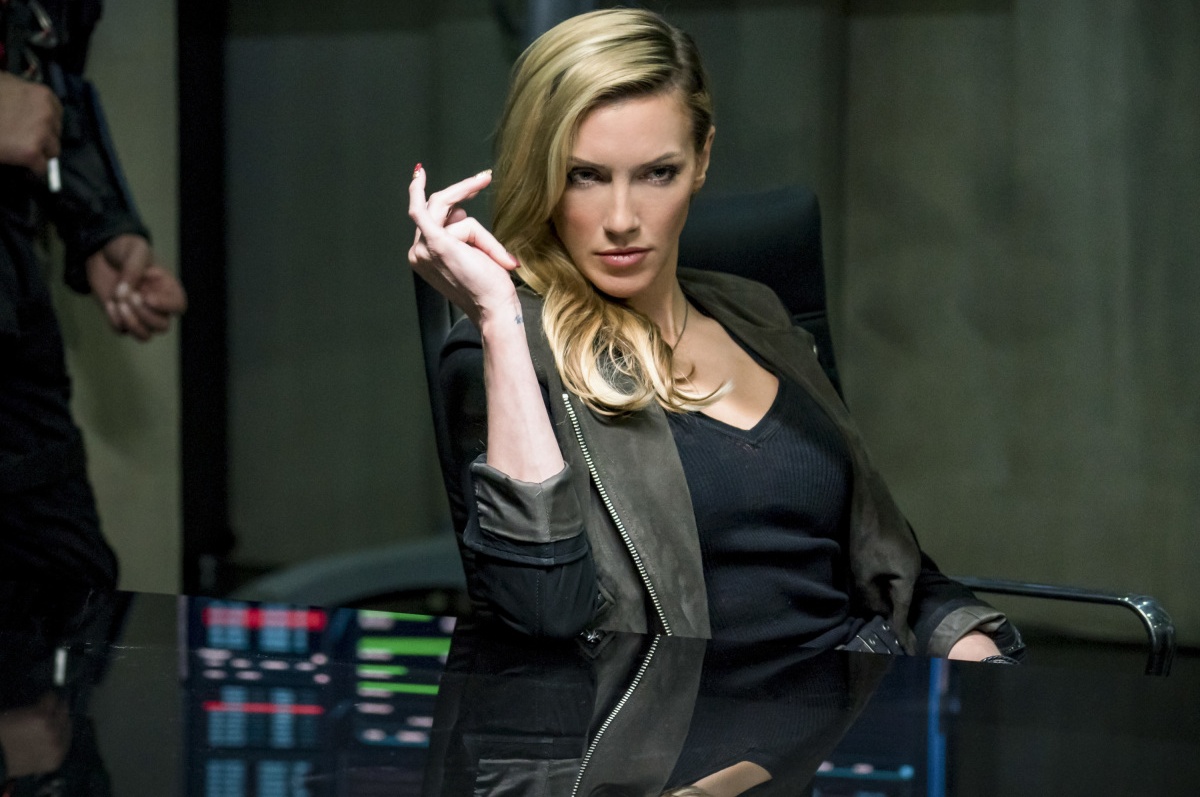 The Arrowverse keeps on trucking, with news coming out that The CW has just confirmed that there is a potential new entry in the crossover universe, under development from Warner Bros. TV, featuring Katie Cassidy’s Laurel Lance, Julianna Harkavy’s Dinah Drake, and Katherine McNamara’s Mia Smoak.

According to Damian Holbrook of TV Insider, there’s going to be a backdoor pilot that will air as an episode of Arrow in the upcoming final season. The spinoff series would obviously need to take place in the future, where an older Dinah has teamed with the adult daughter of Oliver and Felicity, Mia Smoak; Oliver’s son William (Ben Lewis); and Diggle’s adopted son, Connor Hawke (Joseph David-Jones). They’ll probably be finding some way to bring Earth 2 Laurel to our Earth; maybe she’ll have cleaned up all the crime on her Earth and jumped over to help. (Ugh, I will never forgive them for messing up Connor, but you know what, this isn’t the gripe I’m focusing on right now.)

Now, I stopped watching Arrow properly when they killed Earth-One Laurel, a move I think will always make it hard for me to ever love the show again. I think they have made E2 Laurel/Black Siren/Black Canary #4 an amazing character who I love watching gifs and videos of on YouTube, but I just feel like that character is a reminder that they could have always written Laurel in a compelling way but just failed hard.

Also, considering their massive highs and lows when it comes to the depiction of female heroines on the show, I’m both excited to see where this goes and nervous until we see who will be on the writing team.

Because I have never seen post-E2 Laurel, I’ve never seen Julianna Harkavy’s Dinah Drake in action really, so I’d be excited to see her in a team-up situation with other women. As for Mia Smoak, I can put aside my hatred of her parents to enjoy the character in her own right. Sadly, from what I’ve read, she’s also got a lot of #damaged characteristics from her father, and honestly, after rewatching the Birds of Prey television show, I know there are ways to allow your legacy character to have complex emotions while also not being a total asshole. If there is one lesson to take from that failed sho, it’s that.

All they need to do is find a way to bring in a retooled Huntress who isn’t a complete stereotype of a woman scorned, and we’ll be all set for two different incarnations of the Birds of Prey. Goals.

Remember when they said they didn’t have any more storylines for Laurel Lance/Katie Cassidy?

(via TV Insider, image: The CW)