But I guess we should still listen to them and register to vote anyways. 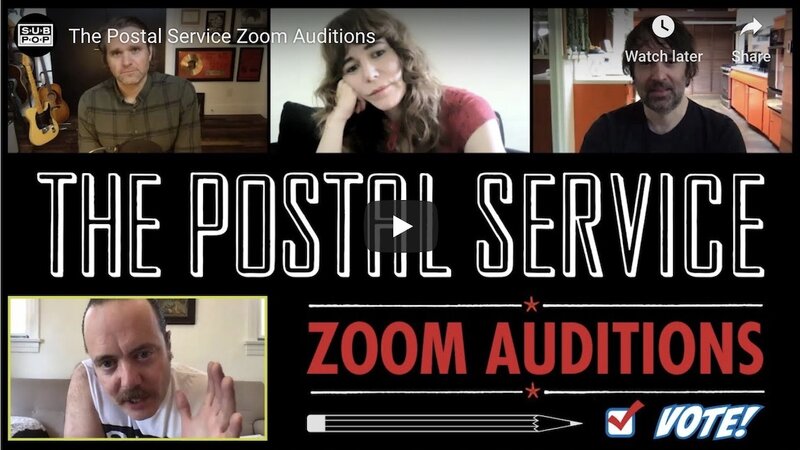 Guys! The Postal Service, the musical supergroup that defined the soundtrack of my college years, has reunited for a special tour in order to inspire people to get out and vote! After dropping a mysterious hint about new music on Twitter last night, they released their audition tapes this morning!

But they need a little help recruiting more musicians to their cause, so they turn to “Dave” of Sub Pop (Jon Daly). He gives them a whole host of talent—he wants it to be like “eight Earth, Wind, and Fires on stage together”—to choose from.

Everyone from Patton Oswalt to a very desperate Rick Springfield and even Weird Al and Slash take a stab at forming an all-new supergroup. The most promising contender however was  “Frank SchØttendt” (Tim Robinson) and The Alan Door Band, an eighteen-member entourage of “rowdy, roughneck, arsonists” is ready and downright LOUD. Dave is pumped to hear this news, but Ben, Jenny, and Jimmy want to pass, which feels very unwise!

But at the end of the day, it’s perhaps for the best that we don’t get to see The Alan Door Band on stage with The Postal Service. Maybe at the very least they can get Kenny G because his sax solo version of the “The District Sleeps Alone Tonight” honestly slapped.

And on a serious note: PLEASE register to vote. PLEASE. Or go to headcount.org if you have any questions about how to do it.