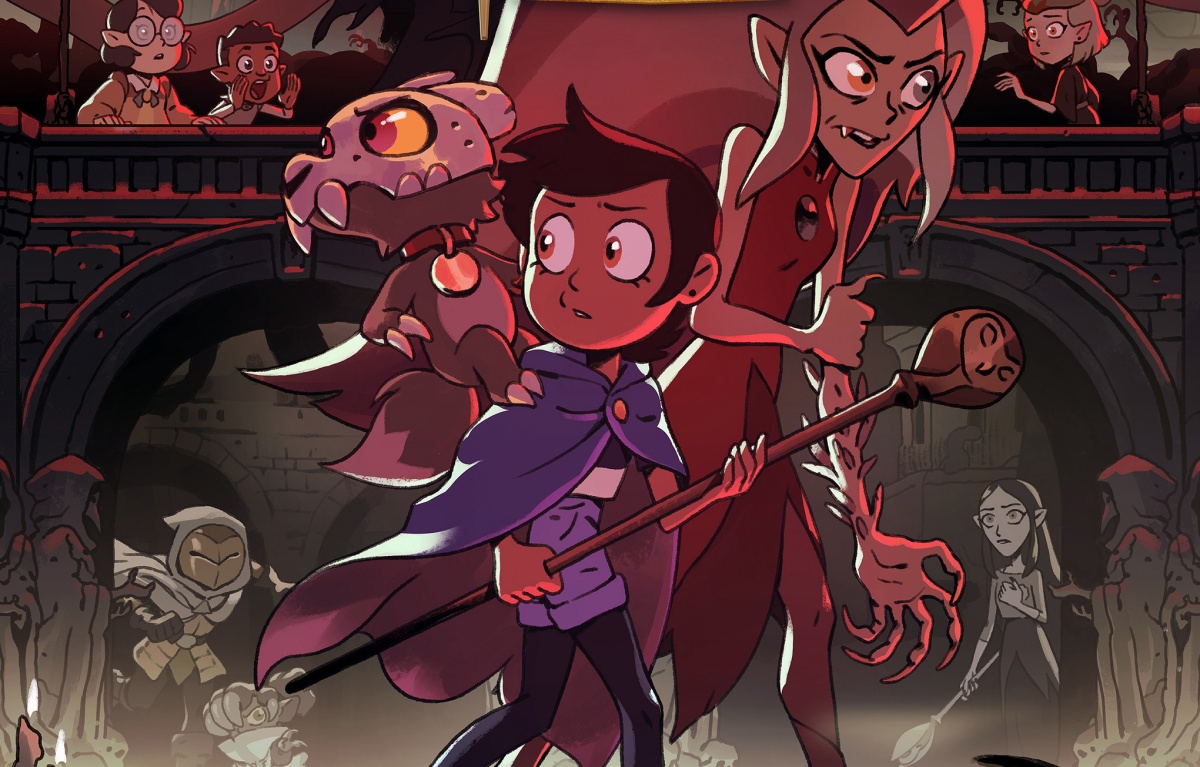 Dana Terrace, the creator of Disney’s The Owl House, let fans of the series know that season 3 can’t be extended. And honestly, it’s a bummer for a show that means so much to Latinx and LGBTQ viewers who have bonded with Luz and the rest of the gang. Sure, we’re still in season 2, but it’s a bummer to know that instead of having a full season 3 like this show deserves, we’re getting three 44-minute specials, according to Terrace and Deadline.

Terrace broke the news to fans while on a Twitch live stream with lord_spew. In the stream, she also said that tweeting, making things trend, and showing support for the show really matters when it comes to giving this show the push it needs to get Disney to give us more. And she invites fans to keep supporting the show because that can lead to “spin-offs, shorts, comics.” And we want all that stuff—we truly do—but a full season 3 and then season 4, 5, and 6 would be really nice, too.

And why shouldn’t this show have more than 2 full seasons and 3 specials? Other shows on the network have had more seasons, and they haven’t had the kind of impact this show has had on its viewers. The Owl House normalizes Latinx kids, shows the power of found family, and that queer characters can be the lead of their own story. And cutting this show short rubs fans the wrong way because in a way Disney is saying that our shared experience isn’t worthy of more.

The Owl House is worth all the seasons and then some for how it makes us feel as fans, creators, and viewers. Plus this show is only in season 2 and has the kind of fanbase that Disney could only dream about. How about you make us happy by giving us more representation, more Luz Noceda, and more of the gang that we’ve come to know and love? And yes, that includes Hootie. I’ll take it all if it means more of this world, and I’m not the only one that feels this way.

that was a crazy stream, time to cry about how season 3 isn’t getting extended

Okay guys if you want like spin offs, a comic, shorts or heck maybe even a movie to the owl house. Send letters to Disney, they’ll read em. It’s too late for a extended season 3, but we can be hopefully for future content in this wonderful world called The Owl House #TheOwlHouse

Here’s hoping that The Owl House season 3 finale doesn’t end on a cliffhanger or isn’t rushed. All I’m hoping for is that wraps everything up naturally and has a satisfying conclusion.

Just like the classic wise old words: It’s never too late, things can completely happen & can change for the absolute better. I really believe that there could be an Extended Season 3 of The Owl House & see @DanaTerrace ‘s overall vision come to life. #TheOwlHouse #TOH #support pic.twitter.com/RYOAkt7iMc

I’ve wanted to make this post for a while but life kept getting in the way so here we go. Do you want a full Season 3? Saddened by the decision that Disney cut it so short? Then it’s time to take action! (1/12) #TheOwlHouse

NO EXTENDED SEASON 3 OF THE OWL HOUSE pic.twitter.com/zMAET8PO5o

It’s currently 1 am and I’m writing snail mail to hopefully get The Owl House the season 3 it deserves. @disneyplus @DisneyTVA pic.twitter.com/arIdKXNNb5

Disney: Don’t Cancel The Owl House – Diversity is Important! – Give Us A Full Length Season 3 – Sign the Petition! https://t.co/IE4moi4Oow
I love this show. Season 2 is coming soon. Season 3 will air with 3 special length episodes but we need a full length season! It’s important

Dana said it’s to late to extend the Owl House’s 3rd season which is disappointing as heck. I hate to see Dana’s vision get crushed like this. This show is one of the best. I’ll still watch the show and hope Dana will make season 3 worth it for her. #OwlHouse #TOHspoiler pic.twitter.com/3VXoBRYs34

Please support The Owl House! Season 2 is now airing and the most recent episodes have been amazing! Why Disney thinks three 44-minute episodes will be enough for Season 3 is beyond me (if it’s because of that one certain element, that’s just petty).#TheOwlHouse
(1/4) https://t.co/XwEHxTd8gA

Hell, even putting Owl House’s wonderful queer rep aside, it’s just shitty as hell to be watching season 2 and know that it doesn’t matter how much you and others love the show, they already decided season 3 will be cut off and close out the show.