The Nevers Trailer Makes Us Ask: Is There Still Room in Our Geek World for Joss Whedon?

A question with no good answers. 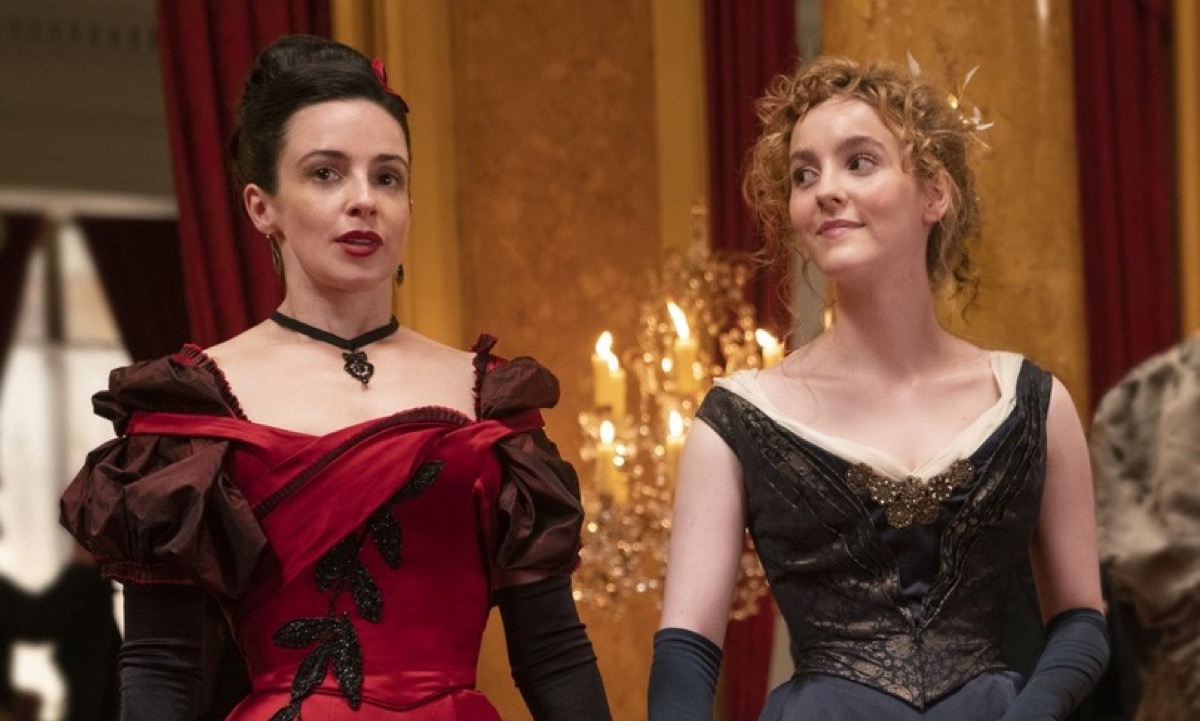 Today, HBO debuted the first teaser trailer for Joss Whedon’s new drama series, The Nevers. It’s a fascinating minute-and-a-half that left me thinking, but maybe not in the ways HBO might want.

Watching a Whedon show with a cast of young, beautiful women with mysterious powers stand in for the oppressed and fight for progress should be my catnip. I grew up on Buffy, after all. But I’ve changed since the heyday of Buffy, and so has the world, the media, and even our opinions of the once god-like Joss Whedon.

So, I am left asking: Is a new Joss Whedon show, even one that he’s not directly involved in anymore,  going to resonate in 2021, or have we moved past him?

First up, the show itself: The Nevers, which will debut in April on HBO and HBO Max simultaneously, is described thusly:

In the last years of Victoria’s reign, London is beset by the “Touched”: people – mostly women – who suddenly manifest abnormal abilities – some charming, some very disturbing. Among them are Amalia True (Laura Donnelly), a mysterious, quick-fisted widow, and Penance Adair (Ann Skelly), a brilliant young inventor. They are the champions of this new underclass, making a home for the Touched, while fighting the forces of… well, pretty much all the forces – to make room for those whom history as we know it has no place.

And here’s the trailer. The women’s names are “Truth” and “Dare.” Get it. So fun.

I am so conflicted here. Because on the one hand, costume drama with lovely visuals and magical ladies. But on the other hand … I am so tired of “feminism” delivered through a male lens. When Buffy debuted over two decades ago (oh god), it was hailed as something new because it took the typical victim and made her the hero. Never mind that Whedon didn’t invent the strong, warrior woman; Buffy was still fresh and exciting and fun and changed the world.

But that change itself means that subsequent shows and series need to exist in a post-Buffy world, one where quips and power poses are not enough to stand in for actual feminist stories. (I’m not saying this was always the case with Buffy, but it seems to be a bit a problem in Whedon’s subsequent work, especially his big-screen superhero fare).

In the ’90s and early 2000s, Buffy and franchises like the X-Men (where Whedon had a hand in the comics) were a great vehicle for telling stories about marginalized people when we couldn’t actually be put onscreen or in a comic book. Buffy and the X-Men were the stuff of metaphors, where high school bullies and bad boyfriends became literal monsters and parents asked “have you tried not being the slayer?” (or a mutant). And that was important and empowering … in 1999.

But it’s 20+ years later and here we have The Nevers where people, mainly women, are “touched,” and it’s a clear stand-in for marginalization again. Victorian X-Women, societal and religious disapproval, classism, and more are all here in this trailer, and I have to ask … could maybe, this time, you make these characters more than stand-ins and metaphors?

Could you deal with deeper questions of society and feminism and differences? The women in the trailer and pictures are holding hands! LET THEM BE GAY and let them live! Maybe the show will, but the Buffy-ness of the trailer isn’t encouraging, nor are the character breakdowns we’ve read so far from nearly a yer ago.

But neither is the context of Whedon’s larger body of work. Whedon’s history with intersectionality is not great to say the least, at this point, and I’m leery here. Let’s talk about race first. His series have been mainly white, with token Black characters often used as props for a bigger story, falling into stereotypes and … dying. Characters of other races rarely exist in his world. Even in Firefly, where the future culture was influenced hugely by Asia, he had no Asian characters. Not good! And then there are the accusations of racism from Ray Fisher on the set of Justice League.

And then there’s his treatment of mental illness and neurodiversity. This I bring up because the term “Touched,” which is used in The Nevers, is often used to refer to neurodivergent people and/or those with mental illness in a derogatory way. It’s an old term, but a loaded one, and so I’m really wondering how that will be addressed here if it will be a metaphor, and how mental illness will be handled, if at all. With River Tam, Joss gave us a sort of magical autistic person and, please, TV gods, don’t let this show fall into that trope.

Finally, women. We have another woman-center series here and … I’m just tired already, dude. Joss, despite giving us Buffy, has faced criticism and callouts for how he treats women on and offscreen. He’s reduced women to their bodies and reproductive organs while reportedly firing another for getting pregnant, and well … for an ostensibly feminist creator, Whedon sure does have a limited view of feminine roles and issues. And of course, there’s the buried gays issue, and … well, it’s a messy history.

It’s a good thing, given all of this, that Whedon is not part of the show now, but he developed and worked on it for years, it still has his name on it in all the advertising and press, and so, it’s still a Joss Whedon show.

And listen, I know I’m being a killjoy here ranting about a 90-second trailer for a show I have not seen that could very well be great. But I am also tired of benevolent-white-man-feminism being the mainstay of television a generation after Buffy hit the airwaves. Thanks to Whedon, we learned and grew. We can think of him as the man that made the slayers, but it’s time for others to take up that power and change the rules. We don’t need men making our “feminist” media in 2021. We need to let women and other marginalized groups into the room and to the top of the pyramid, or else things will stay in stasis and the world and media won’t continue to grow and change. We’re ready to be strong, on our own.