The Murky Metaphysics of Mulan 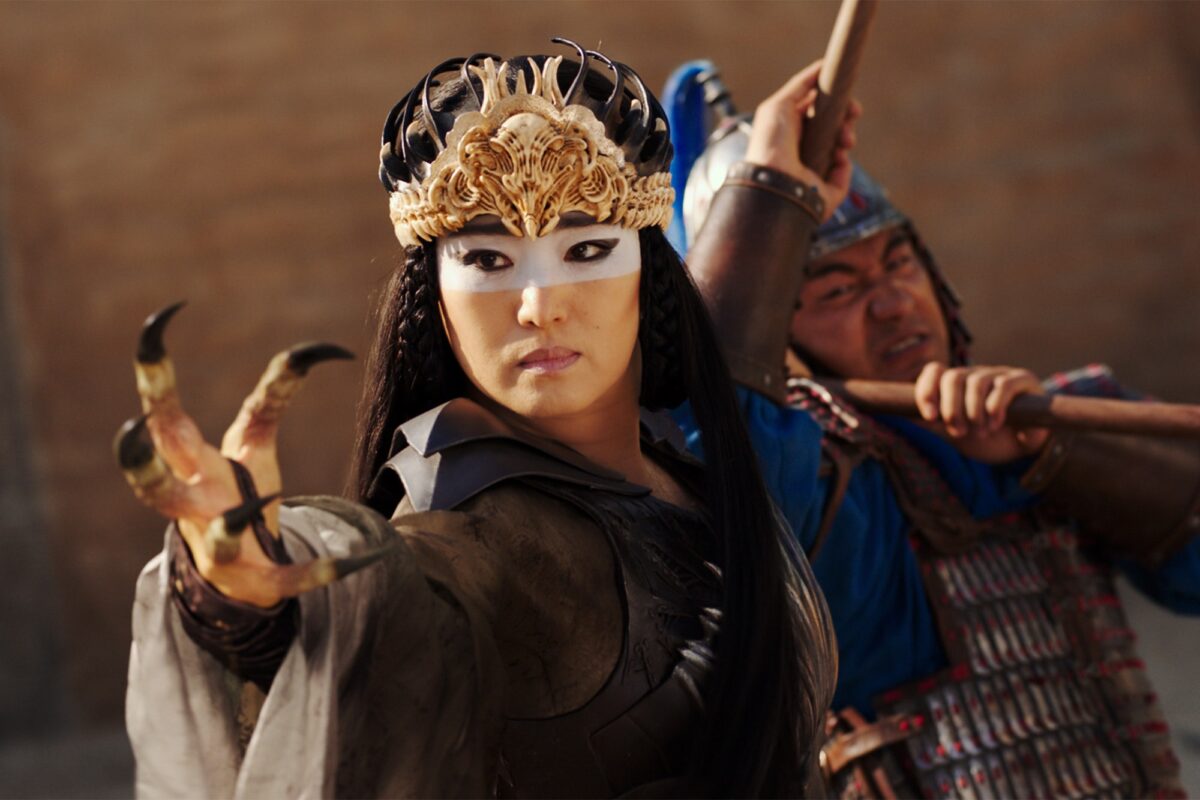 Mulan has been available to audiences for nearly two weeks, and I’m still processing how to feel about the film. On the one hand, it was a pretty and entertaining movie for kids, but on the other hand, it fell back on some really tired and bad tropes about Asia and China and added all sorts of new nonsense to the mix. And that’s what we’re here to talk about.

So let’s talk first about “chi.” Or as it seems to work in Mulan, the Force.

More than anything else in Mulan, the way the film treated chi was the most annoying and frankly, offensive element. Mulan (Yufei Liu) is a sort of magical chosen one because she has an abundance of “chi.” She’s not special because of her devotion to her family, or even her personality. She’s special because she has too much chi so … she’s basically Rey from The Force Awakens.

Qi, as it’s more accurately spelled, is a concept that’s more rooted in Chinese medicine than it is in any sort of mysticism. It’s the energy of life and yeah, it does sort of sound like the Force in some definitions, but others are more grounded, like this one from Shen Nong traditional Chinese medicine:

The Chinese character for “qi” is the same word used for air or gas, and it is thought to have the same properties as these substances. Qi can be interpreted as the “life energy” or “life force,” which flows within us. Sometimes, it is known as the “vital energy” of the body.

And sure, that sounds kind of magical and in some ways, depending on your viewpoint, it is. But qi/chi is not something that exists, as it does in the film, in abundance or only in men or warriors. And it doesn’t make people do flying Kung Fu. Of course, there’s lots of flying Kung Fu in wuxia cinema, but it doesn’t rely on wilfully misinterpreting a foundational concept to Chinese medicine to justify it.

So, that’s all very weird, and again I’ll say that if maybe a single Asian person had been a writer on the film, this hamfisted attempt at the old “mystical Asian” trope could have been avoided. The worst part of the “chi” thing is that it makes Mulan a more boring person, and adds nothing of use to the story except to justify why Mulan can fight good.

Chinese audiences also thought it was silly, and the movie is flopping in China, the country it was supposed to be made for. “It feels that this Mulan was born with eight-pack abs,” one reviewer in China wrote according to Variety, singling out the absurdity of the chi stuff. “She has no shortcomings — and even small shortcomings can be overcome immediately. She’s lost the complexity of the animated version of the character, who is both a cute little girl and a powerful heroine. She has no process of gradual growth.”

Another reviewer asked: “What exactly is ‘qi’ here?” and the answer is … who knows! But it was the device used to alienate the only other important woman in the movie and give her a reason to be called a ‘witch.'”

Now, as someone who both loves everything witchy, and who deep interest in Chinese culture, I was both excited and confused when early in this film, Mulan is called a “witch” and that characterization remains for the character of Xianniang (Gong Li). She’s a woman with so much chi she can shapeshift and fight incredibly well (until it’s time for her to die a redemptive death). And she’s called a witch.

It threw me to see a woman called a witch in a Chinese story. The concept of a “witch” in terms of a woman whose power means she doesn’t fit into a patriarchal society is something I had always mainly equated to the west. Many of the things we would call magic and mysticism are a lot more common in China: like herbal medicine, and yes, qi. But did the Chinese have witches? I had to find out.

The short answer is actually yes. In modern, rural China there are still superstitions about what we might call “witches” or the “evil eye” that sound a lot like the accusations of witchcraft one might have found in Salem, Massachusets or other old western witch trials. The rural Chinese fear of zhu was analyzed by PBS:

While in the area, we were occasionally warned not to eat in certain households, as women there were believed to be supernatural “poison givers”. The label they used – “zhu” or “zhubo” – is sometimes also translated as “witch”. It was common knowledge which homes were so labelled and we were surprised to find it accounted for 13% of the households.

But that’s not really the kind of witch we see in the movies, though it might account for the seeming fear of Mulan and Xianniang’s power. But the concept goes back further. There were witch hunts in China, all the way back to the Han dynasty. People worried about women using or practicing gu (a word which translates very roughly to poison). Even an Empress was accused around 100 B.C.E.! It seems women with power have always been scary across cultures and centuries.

The concept of witchcraft and magic in China, however, remains very complex both in history and in contemporary ways. Also in the folklore and history is the figure of the wu, who was not quite a witch but more a shaman who communicated with spirits and the natural world, and engaged in a kind of magic. If you try to translate “witch” into Chinese though, you do get wu. And the character (巫) is based, it is believed, on a pictogram of women dancing around a tree, which sounds quite witchy. But even now, modern occult practitioners seeking to explore and reclaim Chinese folk magic and traditions have a hard time exploring it.

But back to Xianniang. She does fit into many cultural ideas of a witch, and yes, some of them are accurate to China. So too is her nature as a shapeshifter, which is a popular role in Chinese folklore, both good and evil. That’s all to say that Xianniang could have been a more authentic character if the filmmakers had just tried a little bit harder. But they didn’t.