The Misfits Jem and the Holograms Image | The Mary Sue 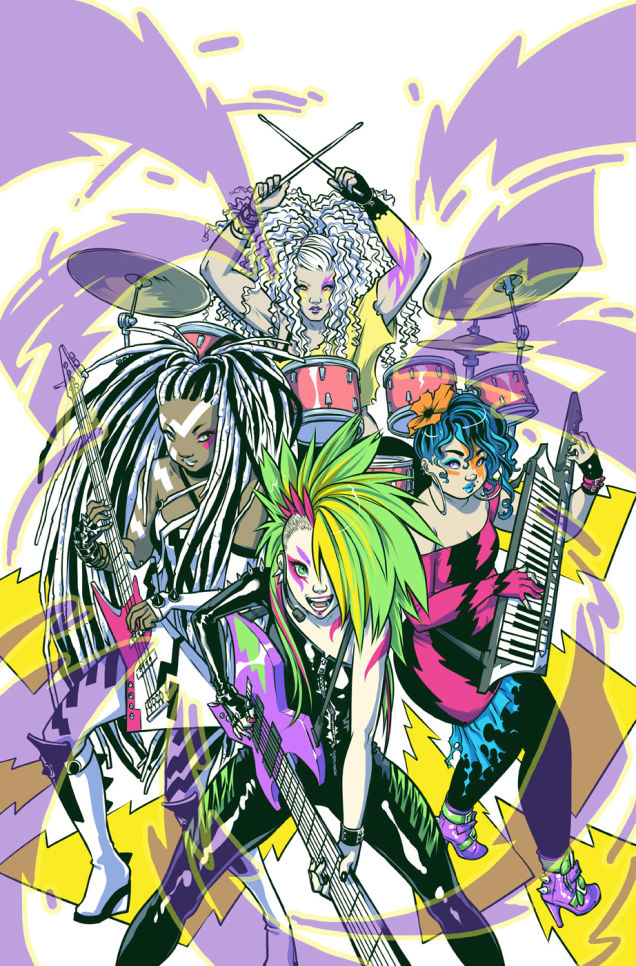 Our first look at the upcoming Jem and the Holograms ongoing series by Kelly Thompson was appropriately exciting, but this latest image, which shows the Hologram’s rivals, has us even more pumped. The hair! The outfits! Yes, please!

In the interview accompanying io9’s first look at this wondrous team of badass ladies, Thompson and artist Ross Campbell talked about the importance of diversity in the original Jem and the Hologram cartoon, and how they plan to integrate that into the new comic’s more modern setting. From Thompson:

I think the core personalities of the characters are the same as well; we love them, so beyond modernizing them I’m not sure we’re interested in much change on that front. However Jem was always really great when it came to diversity and so we’ve expanded on that by changing some of the characters to reflect a more integrated world, as it should be. I certainly understand why that didn’t work for the cartoon both due to the time period and the age group they likely considered their primary audience, but in 2015 it wouldn’t speak to the diversity that made Jem so great.

She also noted that series creator Christy Marx had originally intended for Jetta of The Misfits to be black, which is why they’ve gone ahead and racebended the character for the comic. Also, she doesn’t play the saxophone anymore. “You can’t throw a rock at an 80’s movie without hitting a sax solo, so it made sense for the time period,” Thompson said. “However, it’s a bit out of place in a modern punk rock-ish band.”

We’ll miss the saxophone, but if the girls are as badass as they look here, then maybe it’s for the best. You can read the whole interview here.