The Mary Sue’s Slack Chat (Or: A Day With a Bunch of Women Talking) 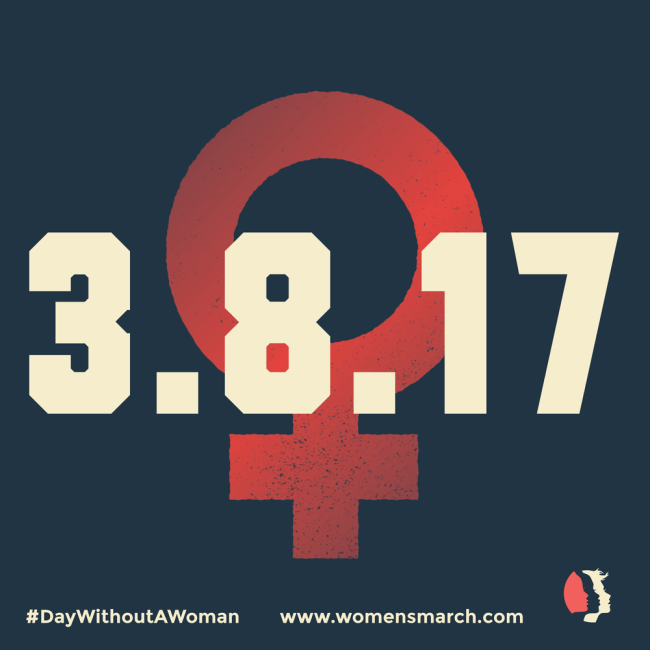 One of the best things about days that are set aside to mark certain people or ideas, like today being International Women’s Day and a #DayWithoutAWoman, is the fact that they are the catalyst for important conversations. That’s especially true when you take the opinionated, feminist women of The Mary Sue and put them all on Slack.

I am a woman who exists at the cross-section of several intersections. As such, I have a lot of complicated feelings about a lot of things related to feminism and how we fight for it. Generally, when I’m working through my own feelings, it helps me to get other people’s take on what I’m thinking so that I’m forced to either defend my position, or see the places where I’m obviously wrong or missing an important viewpoint. Either way, I learn more. So, earlier this morning, after seeing several posts in my social media feeds from women of color that thought negatively about today’s strike, I posted the following on my personal Facebook page to start a conversation:

Legitimate question that I have for my fellow women of color (please do NOT comment on this if you are white according to the U.S. Census)

I’ve seen some women of color criticize the Women’s March and its efforts because they reek of “White Feminism,” and I totally get it. I’ve seen many of those same women of color also insist that it’s up to “privileged women” (which usually means white, even though generally we all have privilege across SOME axis or other) to fight for non-privileged women (ie: they should put their bodies in the streets, because they likely won’t get shot at, or they should do the striking because they can afford to, etc).

1) How can white women both fight FOR and fight WITH?

2) What responsibilities do women of color have to fight for themselves and other women using our privileges (because guess what? If you’re straight, have lighter skin, are cisgender, able-bodied, financially well-off, neurotypical, or Christian in the U.S, you have some kinda privilege).

Personally, I’ve been bothered by the response to the strike with regard to “privilege,” because it implies that people without privilege aren’t able to put up their own fight. To me, it feels like an undermining of the power that we actually have. I make it a point to join women’s groups, for example, ESPECIALLY when they look really white. You know why? Because they need me, and people like me to color them up! Yes, there’s strength in starting one’s own thing for one’s own group, but there is also strength in demanding to take up the space that you deserve! I barely make a living, but I make conscious choices with what little money I have, and my politics are part of that.

I’m curious to hear your thoughts.

We here at TMS use Slack to communicate throughout the day, and so after I posted the above to my friends, I posted it on our TMS Slack channel to get the takes of my mostly-female colleagues. The following is the unedited conversation as it transpired.

I’ve been heartened by how many people and outlets I’ve seen acknowledging their privilege. It doesn’t solve these problems, but it’s an important first step. And self-recognizing privilege wasn’t something most people were doing even, like, a year ago as far as I could see. I don’t think it was on people’s radars, really.

i think there’s a lot to unpack here. fighting for _is_ using your privilege (e.g., days like today) to stand up for those who don’t have privilege you have. fighting _with_ is standing alongside and behind those who know more and have a different struggle from you. it’s not speaking for them, it’s highlighting their voices and standing aside when they have the chance to step up and out (because as this question establishes, they might not have all that many chances to do so). proper activism, proper allyship, proper _being a human being_ is knowing the difference between these two and using the right one at the right time. it’s knowing when your voice is needed and when it’s not, and being ready and okay with either scenario or situation.

i don’t know that the arguments regarding privilege necessarily imply that people without privilege aren’t able to put up their own fight; they’re already fighting, constantly, every day, just to be recognized. just because they don’t get the chance to do so here on this specific day doesn’t mean they’re not in their own ways. more than anything, i think buying into that implication shows a failure to understand the struggle they do put up with

I think the nature of the strike in which one of its main tenants is to take off work pushed it into the privilege arena. Understandably. But the truth is, that through history lots of strikes and protests were from people who couldn’t afford to be doing them and that’s how things got done. I think the foal here is for women to Band together towards the larger picture. I think a lot of it is meant for everyone to take the risk and hope that others and the places they work for follow suit.

When people strike they don’t get permission. They just do and hope that it forces change.

and I think that was the initial point

sure. but historically speaking, strikes are backed by unions and leadership—general strikes like these are just asking people to not go to work, with no guarantee for unification or solidarity on the personal level. in other words, it’s easier for workplaces to retaliate against the worker, not the system

Yeah I agree with that. But I’m just making the point that I think that’s where the Women’s March thought it might go.

Or hoped. Take the risk force the change.

oh, for sure, i get that. not arguing against you, more the march’s idea. i’ve been mulling over my own feelings about it and i’m slightly leaning towards disappointed in how it was all organized and how it’s all been executed

i’m glad for its existence; i’m not happy about how it’s going down

Yeah I think that there’s just a lot going on and I get in some sense , probably in an idealist one, but unfortunately that’s not reality

@jessica I totally hear all of that. I guess what I’m responding to is that here we have a case of the women utilizing their privilege by marching and striking, only to have non-privileged women saying that the strike is a bad idea because not everyone is privileged enough to strike. As if that were the only way to make one’s voice heard today.

It seems dismissive of an attempt because it’s not up to certain specifications, and the implication that reads (to me) that they’d rather not participate if that’s how it’s going to be? I guess I’m wondering what the ideal specifications would be?

There’s also a larger problem of the fact that I’ve had a couple of black friends in my feed mention that many black feminists they know only HEARD about this action, like, yesterday. But how much of that is due to lack of outreach to communities of color, and how much of that is due to communities of color not participating because they’re (understandably) suspicious? I literally have no idea.

Also-also, what does one mean when one says “privilege?” Because most of us have privilege along some axis or other (though there are plenty of people that don’t have any along any axis).

I feel like people are using “privilege” and “rich and white” interchangeably, and i think that’s a mistake

like, i might be Latinx, and broke, and female, and bisexual – but I’m also able-bodied, neurotypical, and cisgender. So, i can do what I can to fight for myself AND for those women who don’t have the privileges I have.

i think it’s an extension of the arguments we saw during the women’s march not being fully inclusive. on the one hand, it’s great to see collective action of some kind being implemented and used effectively (for displays, at least). but on the other, not being aware of and critiquing the ways in which we make our voices heard only serve to further separate already divided communities.

i don’t know that non-privileged women are saying it’s a bad idea, more that consciousness and attention need to be paid to those who might not be able to participate in the ways that seem to be getting the most attention now. as you and i and all of us here know, protesting isn’t the only way to make one’s voice heard today, *but* judging by the way the news and the media have been reacting to things lately, it certainly feels like that’s the only way.

re: outreach — i think there really was a failing to reach out and include communities of color. the pessimist in me thinks that “they” didn’t reach out because of the numerous critiques and feelings like these communities were only dividing people with such critiques, and the optimist in me thinks that they just didn’t know how to reach out. the realist in me realizes that it’s likely a combination of both of these things.

re: privilege: i certainly don’t use “privilege” to mean “rich and white,” and i agree, folks often use that as it’s one of the more prominent cases. but like i said above: part of using your privilege effectively to fight for other people is knowing what your privileges are. it’s knowing them so you know when to speak up and/or provide a platform for others, and it’s knowing them so you know when you need to back up and let someone without that privilege speak for themselves.

I guess it’s all just a product of frustration and being pissed-off. And I completely understand that.

I just wonder what the solution is

being aware of and critiquing the way we organize is crucial, but i also agree that we can’t let it get in the way of organizing at all. so, idk. it’s complicated af

the answer to every question should be “read bell hooks”

I’m grateful that I get to work with so many brilliant, progressive-minded women. And just so you know, this is an average conversation for us. We don’t need a special designated day to talk about this stuff. However, since today is a special day, we wanted to open the conversation up to all of you. What do you think about privilege and our responsibilities to each other as women, whether we have certain privileges or not?  Chime in below!