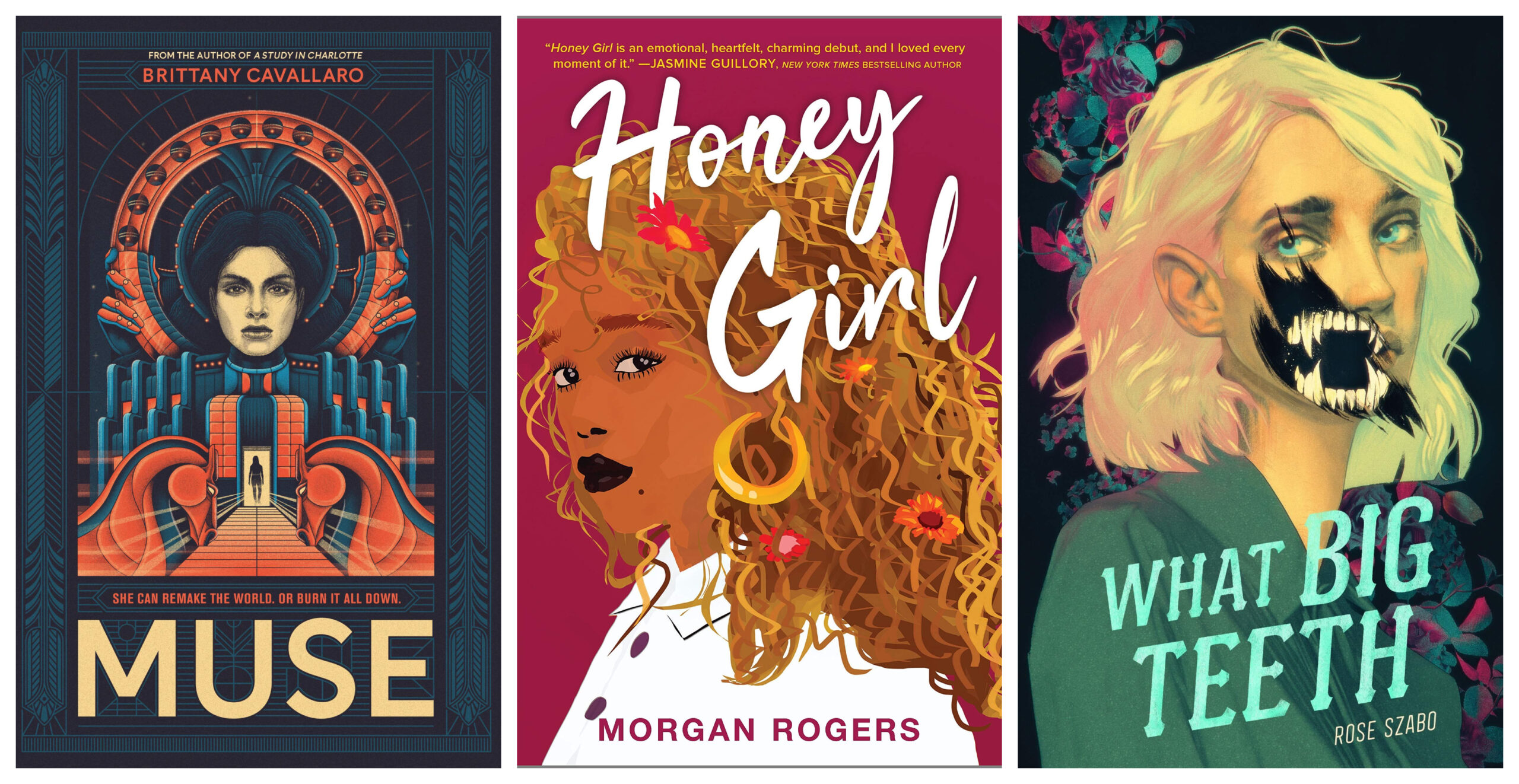 Happy February! We’re officially at that part of winter where the days teeter between snow storms and wait-is-it-actually-spring? weather. While outside is busy figuring itself out, you can lounge the lengthening days away by curling up with a good book—and luckily, this month’s releases are all page-turners with powerful women taking center stage! Nothing says “instant fave” like a book that champions female empowerment.

We’re also introducing our new Audiobook Pick of the Month for all of your cozy listening needs, so be sure to check that below after you’re done reading! Which titles are you most excited for? Let us know in the comments below!

The Echo Wife by Sarah Gailey 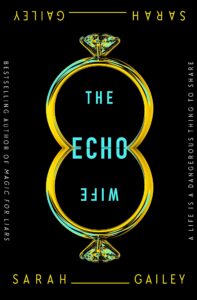 The Echo Wife is a non-stop thrill ride, perfect for readers of Big Little Lies and enthusiasts of “Killing Eve” and “Westworld­”.

Martine is a genetically cloned replica made from Evelyn Caldwell’s award-winning research. She’s patient and gentle and obedient. She’s everything Evelyn swore she’d never be. And she’s having an affair with Evelyn’s husband.

Now, the cheating bastard is dead, and the Caldwell wives have a mess to clean up. Good thing Evelyn Caldwell is used to getting her hands dirty. 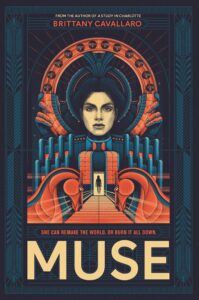 The year is 1893, and war is brewing in the First American Kingdom. But Claire Emerson has a bigger problem. While her father prepares to reveal the mighty weapon he’s created to showcase the might of their province, St. Cloud, in the World’s Fair, Claire is crafting a plan to escape.

Claire’s father is a sought-after inventor, but he believes his genius is a gift, granted to him by his daughter’s touch. He’s kept Claire under his control for years. As St. Cloud prepares for war, Claire plans to claim her life for herself, even as her best friend, Beatrix, tries to convince her to stay and help with the growing resistance movement that wants to see a woman on the throne. At any cost.

When her father’s weapon fails to fire on the fair’s opening day, Claire is taken captive by Governor Remy Duchamp, St. Cloud’s young, untried ruler. Remy believes that Claire’s touch bestows graces he’s never had, and with his governing power weakening and many political rivals planning his demise, Claire might be his only and best ally. But the last thing that Claire has ever wanted is to be someone else’s muse. Still, affections can change as quickly as the winds of war. And Claire has a choice to make: Will she quietly remake her world from the shadows—or bring it down in flames?

What Big Teeth by Robin Szabo 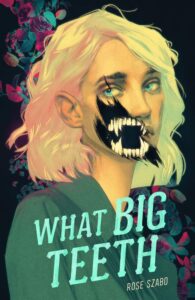 Eleanor Zarrin has been estranged from her wild family for years. When she flees boarding school after a horrifying incident, she goes to the only place she thinks is safe: the home she left behind. But when she gets there, she struggles to fit in with her monstrous relatives, who prowl the woods around the family estate and read fortunes in the guts of birds.

Eleanor finds herself desperately trying to hold the family together — in order to save them all, Eleanor must learn to embrace her family of monsters and tame the darkness inside her.

Exquisitely terrifying, beautiful, and strange, this fierce gothic fantasy will sink its teeth into you and never let go.

The End of Men by Christina Sweeny-Baird 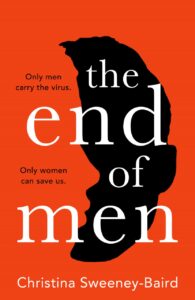 Only men are affected by the virus; only women have the power to save us all.

The year is 2025, and a mysterious virus has broken out in Scotland–a lethal illness that seems to affect only men. When Dr. Amanda MacLean reports this phenomenon, she is dismissed as hysterical. By the time her warning is heeded, it is too late. The virus becomes a global pandemic–and a political one. The victims are all men. The world becomes alien–a women’s world.

What follows is the immersive account of the women who have been left to deal with the virus’s consequences, told through first-person narratives. Dr. MacLean; Catherine, a social historian determined to document the human stories behind the “male plague;” intelligence analyst Dawn, tasked with helping the government forge a new society; and Elizabeth, one of many scientists desperately working to develop a vaccine. Through these women and others, we see the uncountable ways the absence of men has changed society, from the personal–the loss of husbands and sons–to the political–the changes in the workforce, fertility and the meaning of family.

In The End of Men, Christina Sweeney-Baird creates an unforgettable tale of loss, resilience and hope. 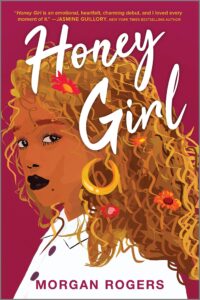 With her newly completed PhD in astronomy in hand, twenty-eight-year-old Grace Porter goes on a girls’ trip to Vegas to celebrate. She’s a straight A, work-through-the-summer certified high achiever. She is not the kind of person who goes to Vegas and gets drunkenly married to a woman whose name she doesn’t know…until she does exactly that.

This one moment of departure from her stern ex-military father’s plans for her life has Grace wondering why she doesn’t feel more fulfilled from completing her degree. Staggering under the weight of her father’s expectations, a struggling job market and feelings of burnout, Grace flees her home in Portland for a summer in New York with the wife she barely knows.

In New York, she’s able to ignore all the annoying questions about her future plans and falls hard for her creative and beautiful wife, Yuki Yamamoto. But when reality comes crashing in, Grace must face what she’s been running from all along—the fears that make us human, the family scars that need to heal and the longing for connection, especially when navigating the messiness of adulthood.

The Witch’s Heart by Genevieve Gornichec 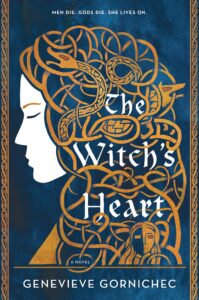 When a banished witch falls in love with the legendary trickster Loki, she risks the wrath of the gods in this moving, subversive debut novel that reimagines Norse mythology.

Angrboda’s story begins where most witches’ tales end: with a burning. A punishment from Odin for refusing to provide him with knowledge of the future, the fire leaves Angrboda injured and powerless, and she flees into the farthest reaches of a remote forest. There she is found by a man who reveals himself to be Loki, and her initial distrust of him transforms into a deep and abiding love.

Their union produces three unusual children, each with a secret destiny, who Angrboda is keen to raise at the edge of the world, safely hidden from Odin’s all-seeing eye. But as Angrboda slowly recovers her prophetic powers, she learns that her blissful life—and possibly all of existence—is in danger.

With help from the fierce huntress Skadi, with whom she shares a growing bond, Angrboda must choose whether she’ll accept the fate that she’s foreseen for her beloved family…or rise to remake their future. From the most ancient of tales this novel forges a story of love, loss, and hope for the modern age.

February 2021 Audiobook Pick: The Gilded Ones by Namina Forna 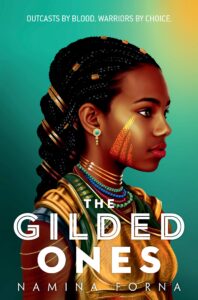 Sixteen-year-old Deka lives in fear and anticipation of the blood ceremony that will determine whether she will become a member of her village. Already different from everyone else because of her unnatural intuition, Deka prays for red blood so she can finally feel like she belongs.
But on the day of the ceremony, her blood runs gold, the color of impurity–and Deka knows she will face a consequence worse than death.

Then a mysterious woman comes to her with a choice: stay in the village and submit to her fate, or leave to fight for the emperor in an army of girls just like her. They are called alaki–near-immortals with rare gifts. And they are the only ones who can stop the empire’s greatest threat.

Knowing the dangers that lie ahead yet yearning for acceptance, Deka decides to leave the only life she’s ever known. But as she journeys to the capital to train for the biggest battle of her life, she will discover that the great walled city holds many surprises. Nothing and no one are quite what they seem to be–not even Deka herself.