I love weird theories and unexplained phenomena as much as anyone, but this trailer for the movie The Mandela Effect is something else.

If you’ve made it this far into your life on the Internet without hearing about the Mandela Effect, congratulations, please teach me how to live. In short, the Mandela Effect is an umbrella term for instances where many of us are positive we remember something from the past that either never existed or exists in a different form than we recall. The Internet gave us a repository to collect and reinforce these false memories, propagating them further.

A foremost example is the popular children’s book series The Berenstain Bears. A great many of us remember the books being called The BerenSTEIN Bears, but this is not the case. It’s Berenstain. But this one always gets me; I would have bet a lot of money it was Berenstein, even having the memory as a child of being pleased to see “Stein” on the cover, which was close to my own last name of “Stern.” 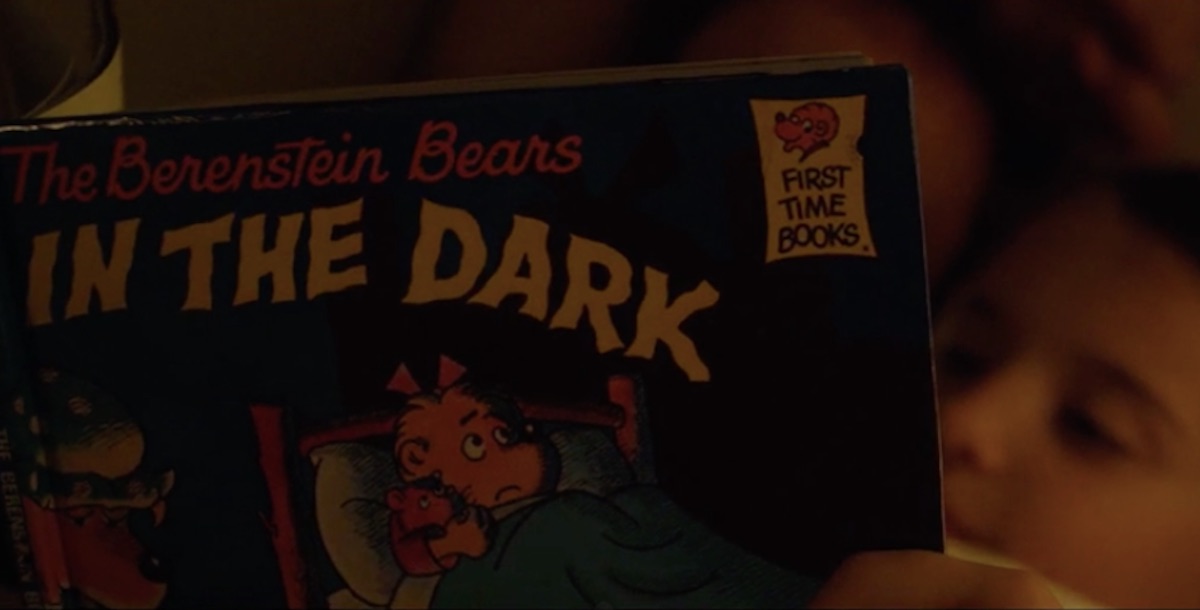 How do you explain that countless people remember “Berenstein”? The Mandela Effect is defined by Entitymag as “a phenomenon where a large number of people have a false memory about an event or fact,” but people who are given over to wild theorizing instead believe these apparent memory glitches indicate the presence of alternate realities or that we’re all living in a simulation a la The Matrix. As Wikipedia explains the Internet-fuelled fascination:

In 2010, this shared false memory phenomenon was dubbed the “Mandela Effect” by self-described “paranormal consultant” Fiona Broome, in reference to a false memory she reported of the death of South African leader Nelson Mandela in the 1980s (who was at the time still alive), which she claimed was shared by “perhaps thousands” of other people.

Pseudoscience commentators such as Broome have speculated about alternate realities as an explanation for such shared false memories. However, most science researchers and commentators suggest that these are instead examples of false memories shaped by similar cognitive factors affecting multiple people, such as social and cognitive reinforcement of incorrect memories or false news reports and misleading photographs that influence the formation of memories based on them.

According to various tests I’ve taken when I’ve had far too much time online, I’m pretty deep into some Mandela Effect-ed things (here’s a list of some popular ones). I remember The Berenstein Bears, ads for Sinbad’s genie movie, I swear the Monopoly Man had a monocle, I promise you that Sally Field said “You like me, you really like me” in her awards speech, and I’m positive I ate Jiffy Peanut Butter. And on and on and on. Curiously, while many of these make me go “wait, what, that isn’t real?” I have no association with the false memory that kicked this whole thing off, Nelson Mandela’s purported death in the 1980s (he died in 2013).

I suppose it was only a matter of time before Hollywood capitalized on this weird Internet thing, and my interest in this stuff means that I clicked on the trailer for The Mandela Effect. It’s … a lot. This appears to be a genre thriller wherein a young girl dies (or just straight-up vanishes, it’s unclear), and her father can still see her on a level, leading him down a spiral into the Mandela Effect (cue suspenseful music).

A man becomes obsessed with facts and events that have been collectively misremembered by thousands of people. Believing the phenomena to be the symptom of something larger, his obsession eventually leads him to question reality itself.

In the trailer, we get a Mandela Effect 101 primer, with mentions of the BerenSTEIN bears and the Monopoly man, up until it seems the movie goes full Matrix rather than with the alternate-realities hypothesis (or, um, false memories). The man’s wife pixelates out in a really creepy way, and his job as a games programmer (of course) means that he starts thinking he can alter the simulation’s programming and set things right.

“I design games. I code,” our hero boldly declares. “If this is a simulation then I can do something.”

Unless this movie was made by serious proponents of the simulation hypothesis (of which there are many), I’m sure the twist at the end is that he never had a daughter in the first place or some other not-so-shocking reset we can probably hash out together in the comments. But I will never hate on movies that ask us to question the reality around us; they can be a lot of fun, even if they seem to be taking this stuff all too seriously. And hey, at least the marketing possibilities are endless.