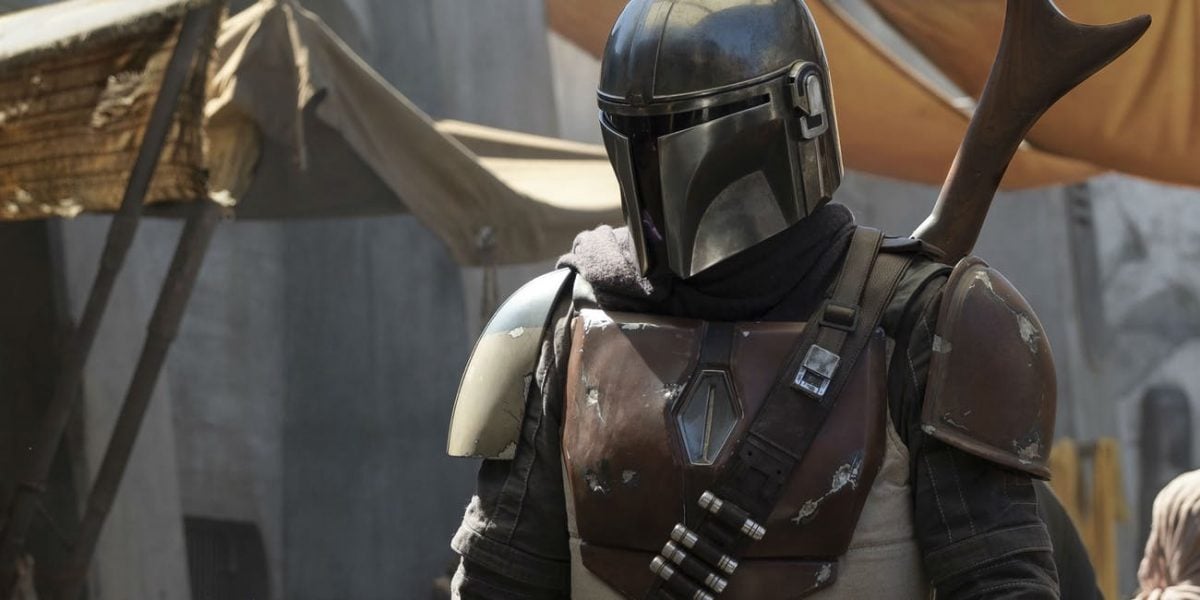 The Mandalorian is bringing to life the world of a new bounty hunter in the Star Wars universe, a Mandalorian that, seemingly, has no allegiance. I say “seemingly” because we don’t know that much about him, especially with this new trailer. The highly anticipated Disney+ series directed by Iron Man director Jon Favreau is ushering in the era between the original trilogy and our latest Star Wars installments.

What’s interesting to me is that I have an emotional connection to this trailer despite knowing nothing about these characters.

This trailer, unlike the previous looks at The Mandalorian, gives us a look at a more fleshed-out world, one in which the titular Mandalorian himself is taking on Storm Troopers in a post-Vader society. Still, we’re left with a world of not knowing what’s going on, but then again, isn’t that how it would be after the fall of the Empire?

It also had the power to break even the strongest Star Wars fans among us. Lost in our excitement over Favreau’s take on a galaxy far, far away, Twitter spent the night talking about what this show would bring for fans. Also, Pedro Pascal, who plays the Mandalorian, had fun using a hashtag that gave him his helmet.

#TheMandalorian is hot, and I will not be taking questions at this time. Thank you. pic.twitter.com/um5dRwLtAT

No matter what you might think of #TheMandalorian, we are in a new era now. Within the next year, we are very likely going to see a trailer featuring Ewan McGregor. A bunch of us are going to act too cool for school but he’s going to pull back that hood and let’s just see then.

WHY DOES THIS SHOW LOOK SO GOOD? #TheMandalorian pic.twitter.com/pjr9o2MimV

If #TheMandalorian turns out to be as good as the trailers have me hyped for it to be, then let’s just give Jon Favreau a Star Wars trilogy of films and go to bed happy.

The Mandalorian will stream weekly on Disney+ starting on November 12th, and honestly, I can’t wait to watch it. Even if I weren’t a Star Wars fan, I think there’d be some interest there because, despite the little we know about this character, the trailers are absolutely breathtaking and give us a look at a society lost as to what they should be following.

I trust Jon Favreau, and I trust Pedro Pascal, and I’m kind of okay with being attracted to a helmeted Mandalorian.