Don’t Forget That Magic Is Very Real, As This The Magicians Season 2 Trailer Reminds Us 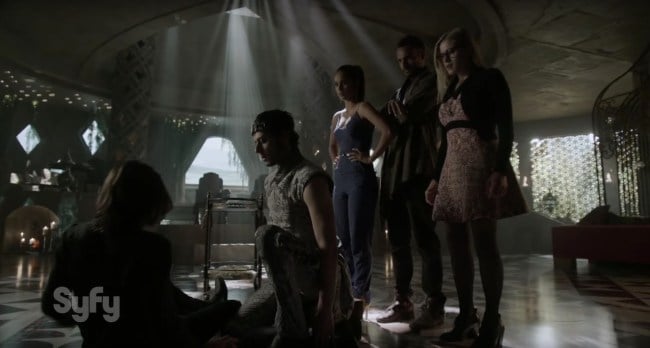 As you likely well know by now, I’m a huge fan of The Magicians. Almost Quentin Coldwater-level obsessed with the world, really. So believe me when I say this new trailer for the show’s upcoming second season has got me all kinds of excited. Where the first season mostly concentrated on world-building and getting through the events of the first book (and parts of the second), this second season seems to be leaning heavily on setting up the big adventure in the world they’ve already built.

Quentin and pals are all in Fillory now, and each of them are–as he says in the trailer–“becoming royalty.” And, while on the surface, things seem to be pretty cool (living in a fantasy book is cool, until you find the nightmares), Fillory isn’t exactly, well… safe for the rest of the world.

One theme that the show harps on (and something that resonates with me personally) is the concept and the idea that “magic is real.” As this trailer covers, within the world of the show, magic means something very different from what you and I may consider everyday magic. Still, the strange hopefulness of the theme and the idea about responsibility around magic has me plenty hooked and interested in what’s to come.

What do you think? Will you be checking out this next season, premiering January 25th on Syfy?