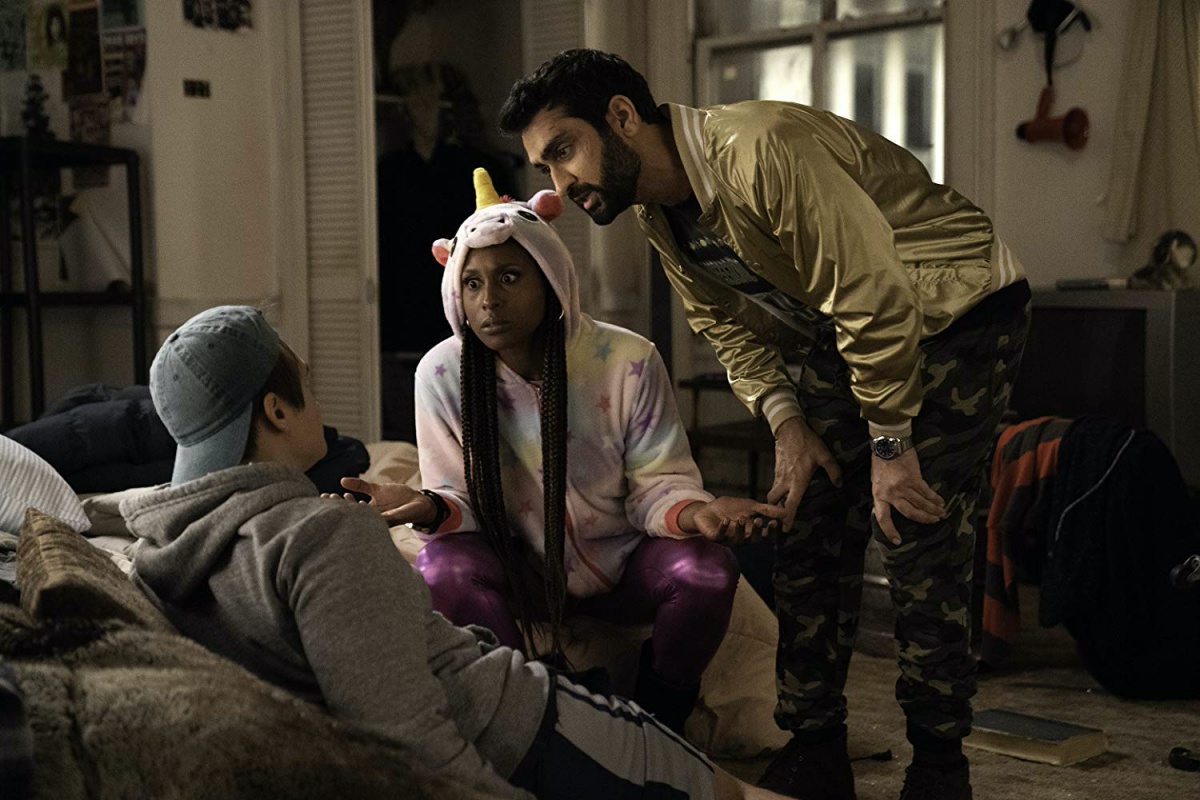 Few genres rely so heavily on the charisma of their stars as the romantic comedy does. A formulaic plot and well-worn story beats are easily forgiven if there is chemistry between the likable leading couple. Luckily for The Lovebirds, its leads are two of the most gifted comedic actors working right now: Issa Rae (Insecure) and Kumail Nanjiani (Silicon Valley).

The multi-talented duo anchor this amiable entry into the canon, which is an updated twist on one of my favorite romcom subgenres: tired couple reignites spark after zany misadventures. It’s a story-line we’ve seen in films like Date Night, Game Night, and The Out-of-Towners, to name a few.

Rae and Nanjiani play Leilani and Jibran, a couple whose once crackling chemistry has faded into daily bickering and frustration. The couple are ready to call it quits when they accidentally hit a bicyclist with their car on the way to a dinner party. Their car is quickly commandeered by a cop, who proceeds to chase down and violently run over the bicyclist, leaving the couple with one dead body and many unanswered questions.

Fearing that the police won’t believe their story (because racism), Leilani and Jibran try to track down the murderer themselves, following a series of clues from one set piece to the next. The couple encounter an unhinged politician’s wife, a blackmail ring, an Eyes Wide Shut-style secret society, and more as they race across New Orleans ins search of answers.

The film is directed by Michael Showalter, who previously collaborated with Nanjiani on the Oscar-nominated The Big Sick. And while The Lovebirds lacks the originality of that film, it is still a fun romp thanks to the effortless chemistry between Rae and Nanjiani.

The film capture the fatigue and frustration of two people who love each other yet drive each other crazy. We see exactly what makes them work as a couple, and also why they are endlessly annoyed by one another. Thankfully, the film avoids making either character an archetype, and let’s them be their own awkward authentic selves.

The film also doesn’t pretend that all their problems are fixed by the time the credits roll. Leilani and Jibran continue to bicker, but they have a newfound appreciation for one another. The film is at its best when it focuses on the duo, but lags when the predictable plot takes center stage.

Rae and Nanjiani elevate the material they’re given, but The Lovebirds doesn’t quite meet them at their level. Still, the film is an enjoyable entry into the modern romcom canon, and well worth a watch.