The Legend of Korra: “The Calling” 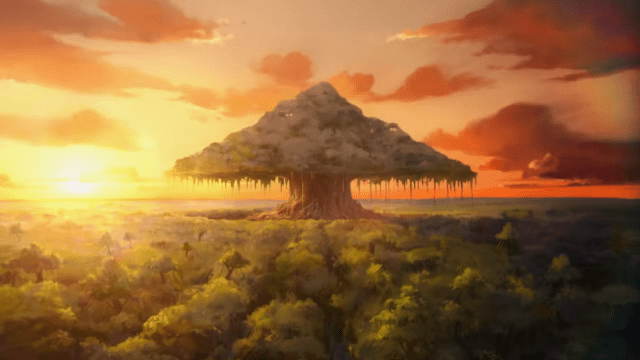 Well thank you, Korra, for reminding me of early ‘00s alt-rock band The Calling.

(No, really, thank you. I had a fond and slightly guilty affection for this song:)

“The Calling” sees Jinora, Ikki, and Meelo set off into the great wilds to find Korra, because Aang went all sorts of adventures when he was a kid and he was fiiiiine. He almost got killed a few times but, y’know, whatever.

Things don’t start out particularly well. Jinora’s spiritual GPS powers mean they should be able to find Korra fairly easily, but the Avatar isn’t pinging on her radar, and Ikki and Meelo get snippy about it. This is a nice, refreshing episode—not a ton happens, but with its focus on younger kids going on Adventures, it reminds me of Avatar. Meelo’s art is, however, much better than Sokka’s: 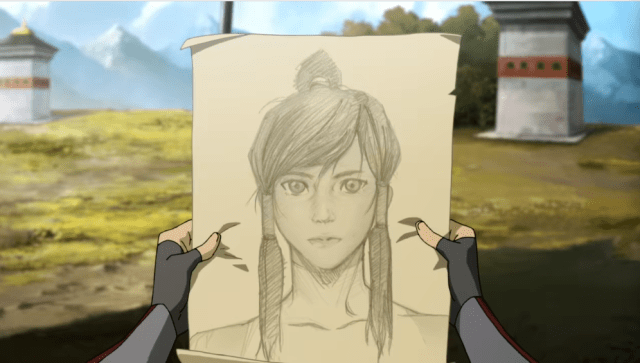 Meelo is an annoying little fart of a younger brother (I have two little brothers myself, so I say that with affection), middle sibling Ikki is pissed off that everyone keeps ignoring her, and Jinora’s a put-upon oldest kid. (SAME.) Meanwhile, Korra and Toph are bonding in the swamp, if by “bonding” you mean Korra asking for a bedtime story and Toph summing up the final boss battle against Ozai thusly: “It was hot. I was on a blimp. I think a giant turtle showed up.”

After several days of fruitless searching, Meelo throws away all the food their mother packed for them, reasoning that they should be able to live off the land and hunt for their food. (As Ikki rightfully points out, they are vegetarians.) Ikki does my favorite Ikki thing yet, which is scaring off a flying squirrel and then chasing after it so she can give it back the food it dropped.

MASTERING ALL THE BEASTS.

At first, I thought this was going to be a Random of Red Chief/Baby’s Day Out situation: Ikki behaves so obnoxiously that she wears her kidnappers down and they eventually let her go. But I like what actually happens is even more: Ikki’s so bright and nice that she bonds with the guards, who offer to help her find the Avatar. The whole “abduction” thing was a non-starter, anyway, as the guards aren’t too good at tying people up. 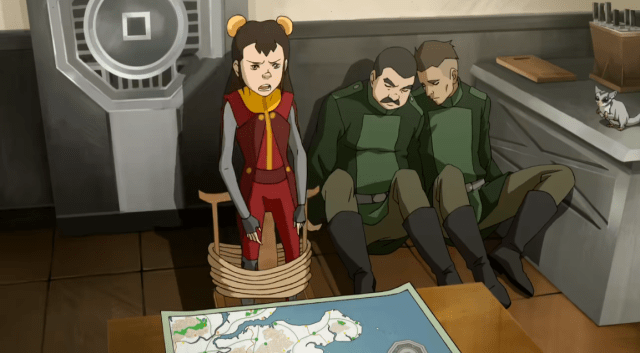 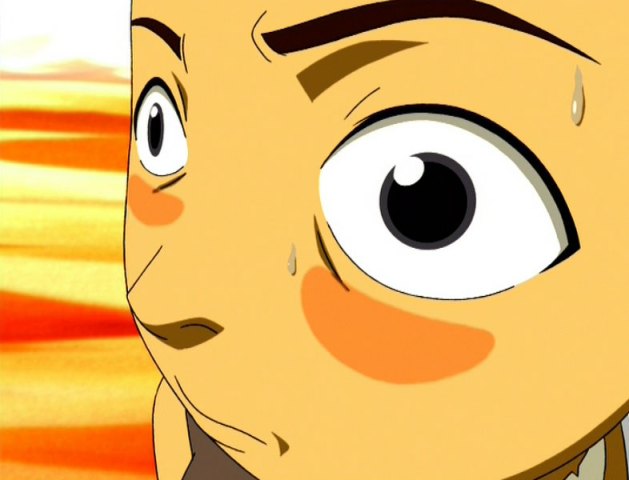 Well, no, she flashes back to her Greatest Hits with Aman, Unalaq and Libertarian Henry Rollins while looking for shrooms for her and Toph to eat. But shrooms are still involved.

Toph gives Korra the Toph version of a pep talk, which is basically “Look, clearly you’re still hung up on previous season finales, but you need to get your shit together. FFS, it’s not complicated. Screw this, we’re going to the banyan tree.”

By this point, the guards have pointed out to Ikki that pretty much everywhere in the surrounding area is mapped except a big-ass swamp. Jinora and Meelo show up to rescue Ikki, who pretty much had shit on lockdown anyway. Though Jinora still can’t sense Korra, Ikki convinces her siblings to check out the swamp anyway; it being a spiritual place, Korra might have gone there. While flying over the swamp, the three siblings and their trusty air bison Pepper are dragged down by some sentient vines. Into DAGOBAH. 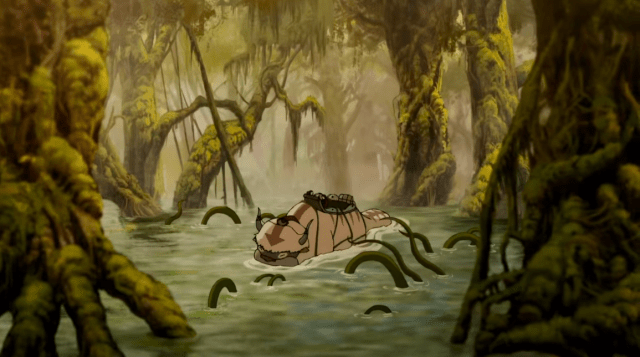 Korra and Toph get to the big-ass Banyan tree, which is connected through its roots to everything in the swamp and will therefore help Korra get her spiritual mojo back. (Toph also tells Korra that the swamp is so super-spiritual that she’s actually more connected to her kids now than she was back when she lived in Republic City. Mm-hmm. I don’t know for sure, but that smells like bullshit. “No, no, I don’t need to meet my grandkids, we’re spiritually connected. Get that tiny human away from me.”)

Korra touches the tree, and she and Jinora instantly sense one another through THE FORCE. There’s a tearful reunion before Jinora mentions “Uh, we have another supervillain now JSYK, so you probably need to come back.” There’s still the small matter of Korra getting the remaining poison out of her system, which—with Toph as moral support—she is finally able to do, thus regaining the ability to go into Avatar state. 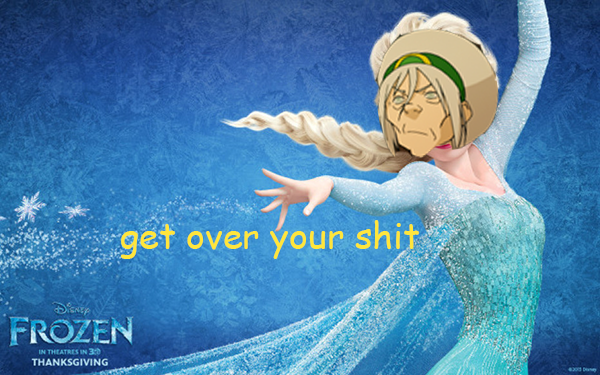 Everyone minus Toph hops on Pepper and sets off to Republic City. I think there was a deleted scene we missed: 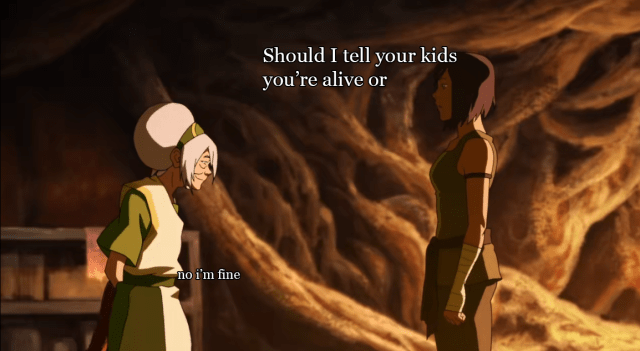 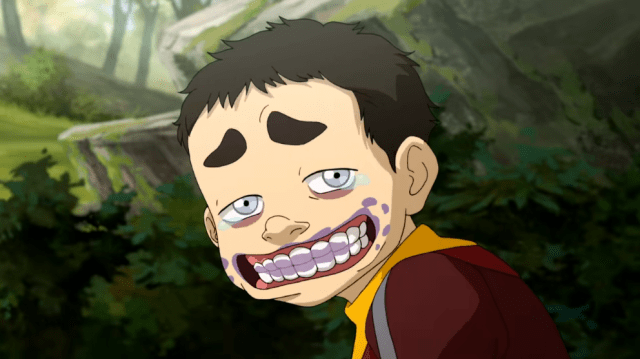