The Legend of Korra Newbie Recap S4E07 | The Mary Sue 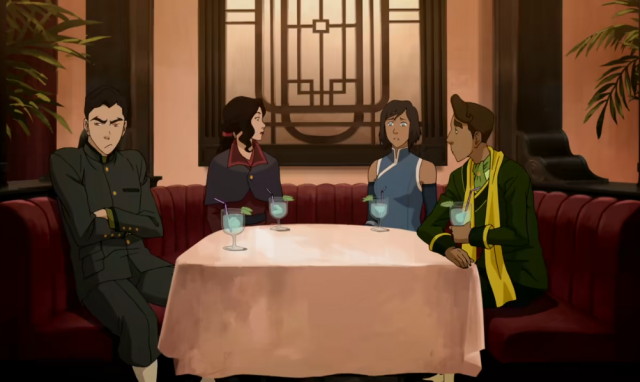 Is this it? Is the nu!Gaang finally getting back together? Hearts, hearts, hearts in my eyes.

We start this episode on  sweet note: Katara reuniting with Naga after three years. Cue soundtrack:

Now that she’s back in Republic City, Katara also meets back up with Tenzin, because J.K. Simmons was done filming Whiplash at this point and remembered “Shit, I was on that Nickelodeon show. Kara? Kerry?,” I guess. The reunion is not very sentimental; Tenzin’s more or less very LET’S GET DOWN TO BUSINESS TO DEFEAT THE HUNS about it, though he is sure to tell Korra that nobody actually expected her to fix this major diplomatic crisis with Kuvira all by herself, so that’s nice.

The next person Korra has a friendly reunion with is Asami. Friendly as in “gal pals.” Because they’re “gal pals,” y’see. Asami compliments Korra on her new haircut, and I had to pause it on the exact right frame but I caught a blush, goddammit. 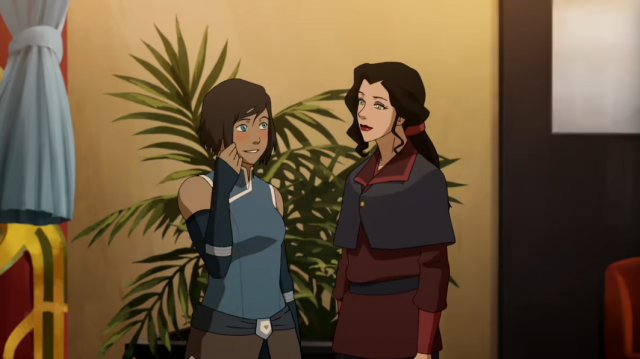 (Or bisexuals or pansexuals etc. etc. There’s not a snappy Kristen Wiig gif for those, though.)

Also, to everyone who shipped Korrasami while Korra was running: You must’ve thought you were being queerbaited like a motherfucker, right? Because there is very, very clear subtext here, like hit-me-in-the-face-with-a-truck obvious, but that happens with a ton of other shows where the producers have absolutely zero intention of following through. Cough cough.

Next up on the list is Mako, whom Korra, Asami, and *sigh* Prince Wu have a lunch date with at a schmancy restaurant. You know Mako’s internal monologue is all about what the most rakish angle is for his Cool Guy Lean. I see you, you damn dork. 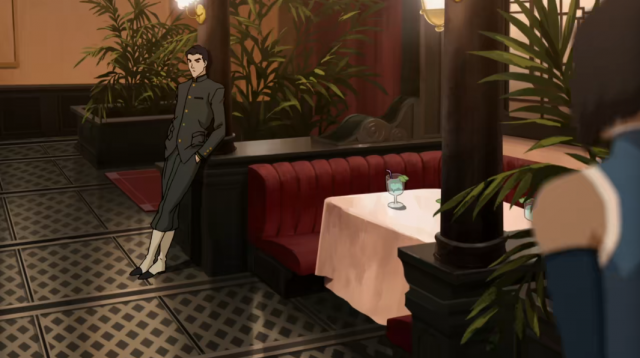 Of course, we all know what ushers Team Korra through their chaotic teenage hormones to the realm of Happy Funtime Bonding best: VIOLENCE. They get their chance to whoop some ass when Prince Wu goes to the bathroom and gets kidnapped by one of Kuvira’s supporters. Because Mako didn’t go with him, like a slacker. (Wu’s asked to compare their junk sizes, right? At least once.) There’s a fight and a chase. Korra uses her spirit vine mojo to figure out that Wu’s been packed on a train before offering a very accurate description of Toph (“Cranky, more miserable than Lin.”). Asami shuts down an attempt by Mako to mansplain Republic City’s infrastructure to her. Uh, Mako, she built this city.

They’re able to rescue Wu through the power of

… and afterwards, they have a nice chat about how they’ve been apart for three years, so things are bound to be a little awkward, but they’re still BFFs for life—NOT YOU, WU. 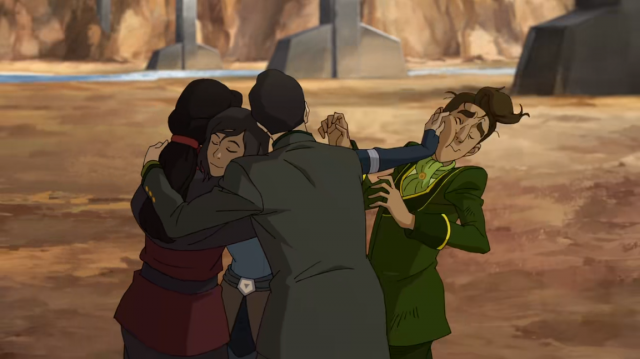 Wu gets a happy ending of his own, though. Not that kind. Ew. 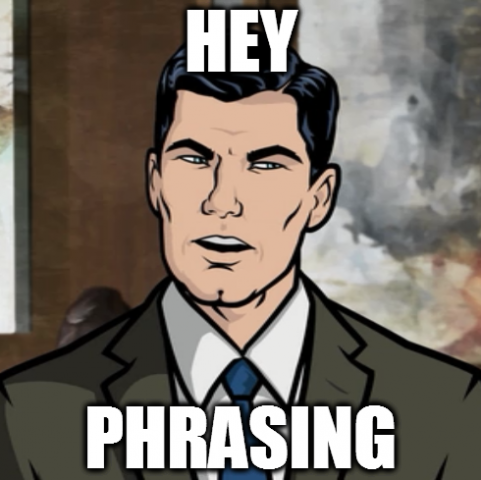 He’s no longer safe where he was staying before, so Asami invites him to crash at her mansion. Already there is Mako and Bolin’s family, including their royalty-loving grandmother.

Speaking of Bolin, he’s not involved in this episode’s platonic lovefest because he’s trudging through the wilderness with Varrick, trying to get back to Republic City so they can warn everyone that Kuvira’s trying to invent nukes. The two of them are captured by a group of fire- and waterbenders who escaped from a reeducation camp, where Kuvira sends everyone who’s not “of Earth Kingdom origin.” Ethnic cleansing: Check. The escapees are suspicious of Bolin and Varrick, but they need their help to get them through Checkpoint Charlie, aka the only way into and out of the Earth Empire. Varrick’s quasi-DO YOU KNOW WHO I AM moment almost gets them through unscathed, but at the last second a guard recognizes Varrick and Bolin from their wanted posters and sends some jaegers out to fuck them up.

Bolin and his new friends do admirably on the fighting front, but surprisingly, it’s Varrick who saves the day, by jerry-rigging a sort of electromagnetic pulse that takes out the jaegers. At Bolin’s insistence, they go back to help the escapees, who are still tangling with the jaeger-less guards. That earns the escapees’ trust, and they offer Bolin and Varrick on their sweet, sweet boat. 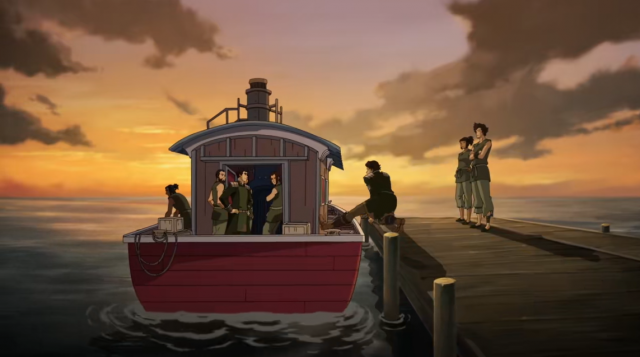 The episode ends with Kuvira ordering her troops to cut down the banyan tree at the center of the swamp to harvest its spiritually delicious vines. Uh, excuse me?! Someone’s asking to get their asses kicked. 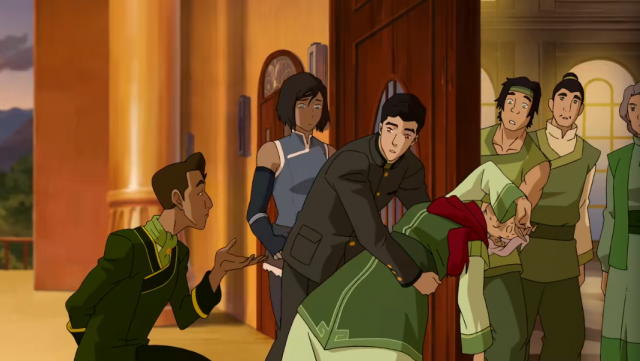