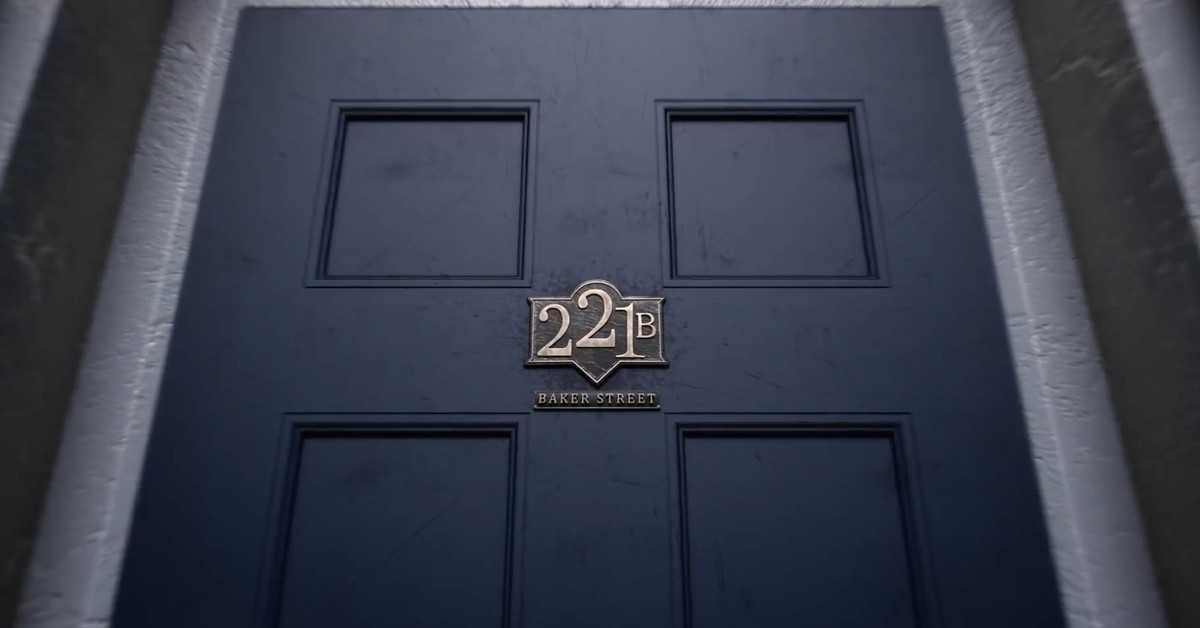 The trailer for Netflix’s The Irregulars dropped and the Sherlock Holmes fan within me instantly screamed as soon as the famed “221 B Baker” sign came into view. Based on the works of Sir Arthur Conan Doyle—specifically, Sherlock’s habit of employing “street urchins” to help him collect information around London, the show is going to focus on the “Irregulars” themselves, with my favorite aloof genius more in the background. In another shift for a Sherlockian property, The Irregulars appears to be going all-in on the violence and horror behind the crimes.

It’s extremely exciting to see how diverse and inclusive the youthful main cast is in the trailer and that Sherlock himself is not the primary focus here. It also appears that there may be supernatural elements at play. All of these elements give The Irregulars a fresh, fun, and frightening space to play around in.

“Our story focuses on the Irregulars, the gang themselves. It’s their story, their adventure,” Bidwell told EW. “Sherlock Holmes is in the story, it’s his world, but he’s not the central focus. He plays a big part of it, don’t get me wrong, but it’s about the kids and their journeys.”

So that clears up my first fear. I was afraid that Sherlock Holmes wouldn’t play a part in the show at all, but the fact that he is and is the messier Sherlock I love when properties explore? I’m going to have quite the time. According to Wikipedia’s Irregulars entry, Bidwell described the concept behind the show as his “dream project and oldest idea”:

Sherlock Holmes had a group of street kids he’d use to help him gather clues so our series is what if Sherlock was a drug addict and a delinquent and the kids solve the whole case whilst he takes credit.

This is a fascinating concept, to say the least. In Conan Doyle’s work, Sherlock sometimes uses morphine and injects his “seven percent solution” of cocaine (both substances were technically legal in his era) and his narcotic “vices” are present both in the text as well as often extrapolated in multimedia depictions. The modern-day Elementary series had Sherlock as a recovering addict who frequently struggled with his addictions. We often see a Sherlock who, in constant need of stimulation for the way his brain dissects reality, can be his own worse enemy.

To have this be a central facet of The Irregulars, while allowing other heroes to step into the limelight, seems like an excellent set-up for a series. I’ll be especially interested to see how the element of “Sherlock Holmes cannot do his job and yet takes the credit anyway” plays out. (There was already a 2007 BBC movie, Sherlock Holmes and the Baker Street Irregulars starring Jonathan Pryce, but we can assume from the trailer and discussion of the new series that it will be blazing very new ground.)

I am in constant need of new Sherlock Holmes properties, but part of the problem for me is that the adaptations we do get often glorify Sherlock to an absurd extent, or give canonical storylines too much attention when they weren’t that popular to begin with. So a look at Sherlock Holmes where he isn’t a perfect detective and hero, while a more diverse Victorian-based cast is at the forefront? This is extremely intriguing to me.

The show is also taking on a more supernatural approach to the Holmesverse. Based in his logical approach to all the mysteries of London, the character isn’t exactly new to the world of the supernatural, though he’d be more wont to debunk it. The gaslit streets of London naturally lend themselves to supernatural horror and I’m surprised we haven’t seen more of this sort of take before.

Time and time again, we’ve brought Sherlock Holmes to life and praised his brilliance or commented on his brash manner. But rarely do we get to look at the character as the flawed being he was and I hope that The Irregulars drives that home while still giving its focus to these amazing new characters for us to see.